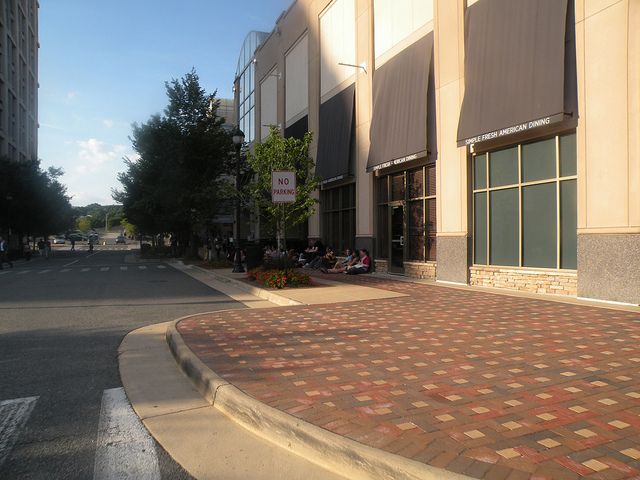 What tasks can real estate brokerages assign to employees lacking a real estate license? What risks does a brokerage run from allowing unlicensed agents to manage relationships with clients and other parties to the transaction? On April 4, 2014, Judge Anthony Trenga decided that a prominent commercial broker forfeited a $6.6 million dollar commission because a leading member of its team lacked a Virginia salesperson’s license.  This blog post discusses how the brokerage lost the commission on account of the unlicensed manager.

The Hoffman Town Center is a 56 acre mixed-use development in Alexandria, Virginia. (Yours truly lived in Alexandria for 9 years. AMC Hoffman was my local movie theater. I ran across the finish line in the George Washington’s Birthday 10K race at the Town Center.)

In October 2007, Arthur M. Turowski retired from the U.S. General Services Administration. JLL hired him as a Senior Vice President and assigned him to manage the Hoffman account. Torowski saw an opportunity to lease the property to the National Science Foundation. He marketed the property to the GSA, who successfully bid on behalf of the NSF. Turowski negotiated with GSA and city officials. He signed documents on behalf of JLL. In May 2013, Turowski achieved a $330 million lease for his client from the federal government. The NSF will be an anchor tenant in the development. See Jonathan O’Connell, Wash. Post, Judge Rules for Developer in $6.6 million National Science Foundation Suit.

Mr. Turowski helped Hoffman outshine other suitors and land a sought-after tenant. Unfortunately JLL made one oversight: Turowski lacked a real estate agent’s license while performing the work. Hoffman discovered this fact while defending a lawsuit brought by JLL for payment of the $6.6 million dollar commission (JLL rejected Hoffman’s offer of $1 million).

In its ruling, the U.S. District Court for the Eastern District of Virginia discussed the broad scope of activities for which Virginia law requires a license:

1.   Activities Requiring a Licence. The legal definition of “real estate salesperson” is “clearly intended to capture the realities and breadth of activities that make up the leasing process.” This strengthens the real estate sales profession by recognizing business realities and restricting the scope of activities unlicensed persons may engage in. Va. Code Sect. 54.1-2101 “Negotiation” is a broad professional activity not limited to agreeing to a property and a price and signing documents.

2.   Activities Not Requiring a License. The Virginia Code provides for a narrow set of activities an employee of a broker may do without a license, such as (a) showing apartments if the employee also works on the premises (b) providing prospective tenants with information about properties, (c) accepting applications to lease and (d) accepting security deposits and rents. Va. Code Sect. 54.1-2103(C). These do not include relationship management and negotiation on behalf of a client. JLL’s lawyers argued that Turowski did not engage in activities requiring a license. If that was the case, what licensee-level work earned the commission? The opinion notes that GSA opted to deal with some matters with Hoffman directly because JLL represented other landlords competing for the NSF tenant.

Judge Trenga found that Virginia law required Turowski to hold a license to work under JLL’s agreement with the Hoffman Family. Since he did not, the Court denied JLL’s request for any portion of the commission. The Court observed that a realtor agreement between an unlicensed agent and a client is void. JLL did have a broker’s license and Hoffman’s contract was with JLL. However, Virginia law does not allow brokers to use unlicensed employees as sales persons. The Court decided that JLL’s use of Turowski voided its commission. Even if a listing agreement is valid at the time it was signed, if the brokerage performs under it through an unlicensed salesperson, that performance violates public policy and voids the commission.

The opinion does not discuss whether any other JLL personnel worked on the Hoffman account. I wonder whether JLL would have received a monetary award if licensed sales persons performed some of the work? Perhaps the outcome would have been less harsh if Turowski was not the leader?

Could a licensed real estate sales persons have achieved a greater result for Hoffman? The opinion does not discuss specific damages that arose out of JLL’s failure to use licensed sales persons in performance of the agreement. The underlying agreement was not per se void. In the end, Hoffman got a $330 million lease negotiated by an (unlicensed) agent with deep familiarity with the agency he negotiated with. Unless the verdict is disturbed on appeal, Hoffman does not have to pay anything except its attorney’s fees defending this suit.

Daniel Sernovitz of the Washington Business Journal observes that this litigation gave both the developer and the broker black eyes. Sernovitz points out that JLL’s lawsuit cast a cloud over the project. The possibility of reversal on appeal keeps a shadow of doubt on whether Hoffman will have an extra $6.6 million to help finance the next phase in the development. Lastly, the Hoffman-JLL relationship was mutually beneficial prior to this fee dispute. JLL’s relationships could procure additional tenants. Hoffman may have to rely upon other brokerages moving forward.

Do you think that use of an unlicensed real estate agent presents the same risk to residential brokers?