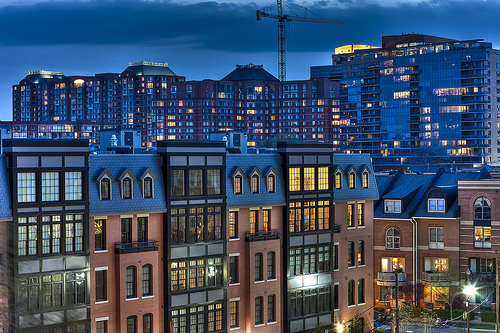 Construction defect warranty claims are a frequent source of conflict between contractors and new home buyers. Builders feel pressure to get the purchasers through closing so they can pay their employees, subcontractors and suppliers. For the past few years there has been a severe shortage of experienced tradespeople and supervisors. This makes the contractor’s quality control efforts more challenging. Inexperienced buyers can get frustrated with delays. They may wonder what would happen if they try to back out of the deal. When consumer complaints about construction defects are not resolved amicably, the parties often find themselves pursuing or defending lawsuits or arbitration proceedings.

New home buyers feel pressure from the contractor and the circumstances of their lives to go to closing. Later, they may discover decreased responsiveness to their customer service inquiries to the builder. What should parties do to prevent construction defect litigation from becoming necessary? How are these cases won and lost? I took up these issues in an October 14, 2015 blog post entitled, “Common Misconceptions about Home Builder Warranties” On November 21, 2016, the Circuit Court of Norfolk, Virginia decided a case that provides some valuable insights for contractors and purchasers.

In April, 2007, Benjamin Bessant and Dorothy Horne contracted with Dey Street Properties, LLC for the construction of a new home in Norfolk, Virginia. The buyers got the standard new home warranty pursuant to Va. Code § 55-70.1. Dey Street impliedly warranted that the home was constructed in a workmanlike manner and free from structural defects for one year from settlement or possession. The implied new home warranty includes a strict requirement that the buyer give the seller written notice of the alleged defects. This notice must be properly submitted to the seller within the one-year warranty period.

During construction of the home, Mr. Bessant purchased $650 in floor tile out of his own pocket and delivered it to the jobsite for an upgrade. Unfortunately, someone stole this tile while Dey Street maintained control over the premises. Because Dey Street failed to complete the project by the agreed upon delivery date, Bessant and Horne had to stay in a hotel for three weeks. On August 15, 2007, the purchasers moved in.

Shortly after move-in, the purchasers discovered several construction defects. Bessant mailed Keith Freeman (principal of Dey Street) a notice letter on September 5, 2007. Not getting much of a response, on December 20, 2007, the purchaser’s attorney sent another letter, this one addressed to “Freeman Homes, Inc.” Enclosed with the attorney letter was the purchaser’s September 5, 2007 letter with the list of defects. Dey Street proceeded to do some warranty repairs.

Note the confusion regarding who the purchasers were dealing with. In the facts of the case, the purchasers signed a contract with Dey Street. However, many contractors provide consumers with different pieces of correspondence that have different business names. Judge David Lannetti found that the buyers only had privity of contract with Dey Street Properties, LLC. However, because Mr. Freeman also sent correspondence to Bessant on Freeman Homes, Inc. letterhead, the court found that notices actually received by Mr. Freeman put the Dey Street company on actual notice of the warranty claim.

These parties were not able to amicably resolve these construction defect damages issues. Bessant and Horne sued Dey Street. This family experienced some struggles preparing for trial. The homeowners had certain damages excluded from the jury because they failed to submit a timely expert witness designation. Also, the owners failed to disclose the details of certain defects in response to the builder’s pretrial discovery requests.

Judge Lannetti’s opinion only talks about certain items at issue post-trial: $1,500 for flooring defects, $200 for subfloor repairs, $2,000 for the drainage and concrete problems on the porch and $200 for a porch column. The owners also wanted reimbursement for the stolen tile and the hotel stays. I suspect that there were additional defects claimed in the lawsuit but because pretrial disclosure deadlines weren’t met, the owners were prejudiced to assert them at trial. For purchasers, properly documenting the defects and the estimates to repair is not always easy. In most cases this requires finding another contractor to assess and estimate it.

After a two-day trial, the jury returned a verdict of $15,000.00 in favor of the owners. After the jury returned its verdict, the contractor moved to invalidate or set it aside the jury verdict. First, Dey Street argued that the owners waived their implied warranty claim because the first notice letter was never received and the second one was sent to Freeman Homes, Inc. and not Dey Street Properties, LLC.  Virginia law requires the purchaser to send the written notice letter to the seller by hand delivery with retention of a receipt or by certified mail. The court found the certified letter to Freeman Homes, Inc. to be sufficient. The court observed that the owner of Dey Street used Freeman Homes, Inc.’s name and address in correspondence to the buyer. At trial Mr. Freeman admitted on the witness stand that he actually received the second notice letter and its enclosures. The owners are lucky that Mr. Freeman did not simply deny receiving anything. Because they have the burden of proof, the owners should take care to follow all formalities required in the contract or statute so that they don’t have to rely upon their opponent’s moment of candor in court.

Dey Street also argued that the evidence was insufficient to support a verdict of $15,000.00. Judge Lannetti found this argument more persuasive. Since the implied new home warranty statute doesn’t say anything about negligent security for the tile or consequential damages like hotel room bills, those items were thrown out. The court could not figure out how the jury could possibly have added the remaining evidence of defect damages could total $15,000.00. The judge recognized in his opinion that he was not permitted to substitute his own independent assessment of damages for the jury award, and could only look to what the maximum verdict that the evidence would support. Judge Lannetti reduced the $15,000 verdict and entered a judgment against Dey Street for $3,900. A tough result for owners when their jury was convinced that they were owed much more. If larger dollar amounts were at stake I would not be surprised if the owners petitioned to appeal the case.

Lessons from Bessant v. Dey Street include the following:

When legal disputes appear on the horizon, contractors and purchasers should seek the assistance of qualified counsel to preserve and protect their rights.

Jason OX4 B-R Corridor at Sunset via photopin (license)(disclaimer: does not depict anything discussed in blog article)