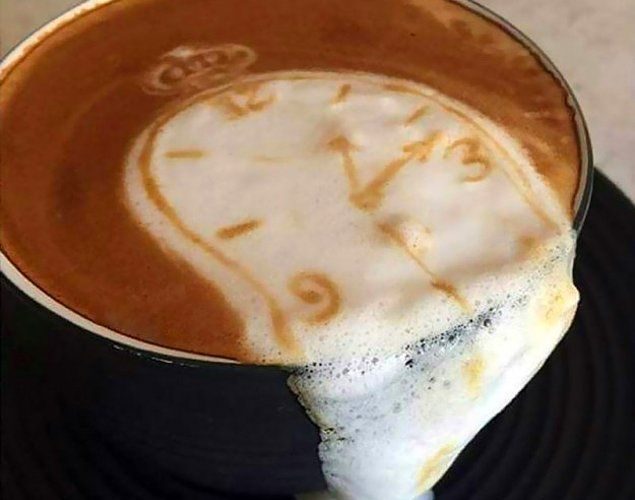 A lawsuit for damage to property must be timely filed to prevail in court. In Virginia, the statute of limitations for property damage is five years from accrual of the claim. When an owner suffers damage caused by a neighboring owner, when does this five year time-period start running towards its expiration date? Does the clock start ticking at the time the trespass or nuisance began or some other moment? On February 16, 2017, the Supreme Court of Virginia issued a new decision finding that when the effect of the offending structure is continuous, the claim accrues when damage began.  The distinction between “temporary” and “continuous” is potentially confusing and the stakes are high in real property damage cases. Understanding how Virginia courts apply these rules is essential whenever owners and their attorneys discover what is happening.

Forest Lakes Community Ass’n v. United Land Corp. of America involved property that I have driven by numerous times. I grew up in Orange and Culpeper Counties in Virginia. My family would drive down Route 29 to shop or attend sporting events in Charlottesville. The Charlottesville area prides itself as the home of President Thomas Jefferson and the University of Virginia. Along Route 29 is Hollymead, an artificial lake built from a sediment basin. A sediment basin removes silt or other particles from muddied waterways. Two HOAs, Forest Lake Community Association, Inc. and Hollymead Citizens Association, Inc. jointly own Lake Hollymead.

The defendants included United Land Corp. and other owners and builders of the Hollymead Town Center (“HTC”) upstream from the Plaintiff HOAs’ lake. In 2003-2004, defendant developers constructed three new settlement basins along Powell Creek, the tributary to Lake Hollymead. Owners in the HOAs complained about excessive influx of sediment from the HTC construction into Lake Hollymead. If I bought a home with lake views, I wouldn’t like looking at muddied waters either. The HOAs complained that the defendants caused excessive sedimentation by improperly removing vegetation within the Powell Creek watershed.

If this was a serious problem, how did it get through the county’s permitting process? According to the case opinion, the development complied with state and local regulations regarding retainage of sediment within the three new basins. The county rejected suggestions from downstream owners that upgraded sediment filtration systems be required of HTC. The case doesn’t discuss whether the county’s standards did, or should set a benchmark for the reasonableness of the defendants’ control of sediment. Owners may have a right to sue even when the city or county refuses to intervene in a property damage dispute.

Discussions continued within these HOAs for years. In 2011 they finally filed suit, alleging nuisance and trespass. The HOAs asked for the court to award them money damages and an injunction requiring the defendants to stop the excessive drain of sediment. The HOAs enjoyed standing because they jointly owned Lake Hollymead as a common area. Incursion of sediment into Lake Hollymead began during HTC’s construction. The HOAs argued that intermittent storms caused subsequent separate and distinct sediment incursions, each triggering new causes of action that restarted the five year statute of limitation. This was contradicted by the HOAs’ expert who acknowledged that at least a little sediment incurred continuously. The HOAs also argued that the defendants’ sediment currently sits in Lake Hollymead and will continue to trespass until someone digs it out.

When a case comes to a lawyer for the first time, her initial assessment considers statutes of limitation. Legal claims have a corresponding statute of limitation setting a deadline by which the claim must be brought. Even if the claim is one day late it can be dismissed as time-barred. The HTC defendants sought to have the HOAs’ claims dismissed because they waited over five years after the sediment problem began in the 2003-2004 timeframe. After a day of testimony, Judge Paul M. Peatross found that the statute of limitations barred the claims because they accrued in 2003 and sediment incurred continuously thereafter.

The HOAs sought review by the Supreme Court of Virginia. Their appeal focused on Judge Peatross’ ruling that the claim was barred by the five-year statute of limitation because the continuous damage accrued at construction.

Justice D. Arthur Kelsey explained in the opinion that under Virginia law, a claim for an injury to property accrues when the first measurable damage occurs. Subsequent, compounding or aggravating damage attributable to the original problem does not restart a new limitations period. The court acknowledged that plaintiffs might need to seek a claim for an award for past, present and future damages. This accrual principle applies where the permanent structure causing the injury could be expected to continue indefinitely. I find this confusing, because drainage systems and sediment basins have lifespans. After a number of years, they fail or require repairs. Anything that comes into contact with water is under tremendous pressure. Perhaps what the court means is that the structure causing the injury is “permanent” if it would continue to cause the damage if maintained to continue to function as it did originally. This concept of “permanent structure” implies that its owner will maintain the nuisancing or trespassing feature as it presently exists.

Alternatively, in the facts of a case, a later cause of action might accrue that looks and acts like the earlier one but is a “stand alone” claim that starts a new five year limitations period. This can happen where the structure causes separate, temporary property damage. For example, some dams can  be opened or closed. This exception can apply even when the physical structure causing the damage is a permanent fixture.

Though easy to restate, these concepts defy any attempts at formulatic applications. Because the underlying issue – determining the boundaries of a cause of action – depends to heaving on the factual context of each case, our jurisprudence has tailored these principles to analogous fact patterns and rights of action.

To resolve these issues, the Supreme Court relied upon the factual finding of the Circuit Court that the three HTC sediment basins discharged into Lake Hollymead on a continuous basis and that the five year statute was not revived by a later, discrete discharge episode.

Ordinarily, on these motions to dismiss a lawsuit, the courts tend to give plaintiffs a benefit of the doubt. Often judges will look to see if the facts are contested so as to warrant a trial. Here, Judge Peatross took a day’s worth of testimony in a pretrial hearing. The HOAs may have appealed on the hope that the Circuit Court short-circuited the case too early and the Supreme Court would rule that they deserved another chance to have their case heard on its merits. This case may embolden more defendants to put on expert testimony in support of a plea of a statute of limitations in the hopes that their cases could be brought to a quick end.

The easiest way to avoid these kinds of statute of limitation problems is to file suit early enough so that either way the court looks at it, it would be deemed timely. Plaintiffs and their lawyers should file early to avoid the necessity of having to litigate such issues in day long evidentiary hearings and on appeal. 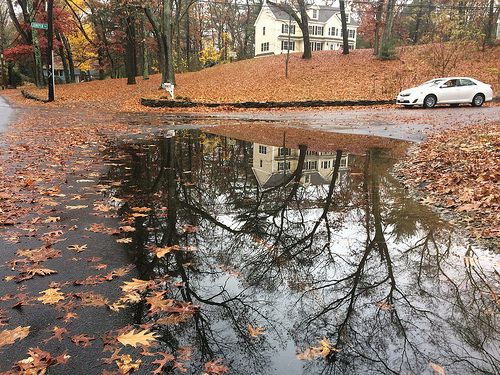 According to the Bible, water is both the fountain of life and a destroyer by flood. Water naturally plots its own course, creating wetlands to store excess storm water. Human development, for better or worse, seeks to maximize the value of property and minimize land set aside for natural wetlands or artificial drainage purposes. The proximity of water can enhance or damage the value of real estate. For example, waterfront properties tend to fetch higher sale values. Sometimes neighbors will improperly channel water off their own land onto that of another in an effort to fend off unwanted surface water diversion. Lawyers and judges describe unwanted surface water as a “common enemy” because both neighbors seek to avoid it. The common law tradition developed a system of rules whereby judges can resolve disputes between neighbors over the reasonableness of surface water diversion.

Sometimes it is not a family or business that owns the uphill parcel that is diverting surface water. A property owner might find herself contending with a governmental or community association neighbor in a surface water diversion dispute. In a recent Southwest Virginia lawsuit, owner Consortium Systems, LLC sued two contractors, Lane Engineering, Inc. & W-L Construction & Paving, Inc. who constructed a sediment pond on a neighboring technology park owned by Scott County Economic Development Authority (“County EDA”). Rural counties like to build technology parks to attract out of town businesses to relocate there. Consortium alleged that the EDA’s contractors built the sediment pond without a proper outlet or outfall.

Owning property beside a public or private common area can be an advantage or a risk. Businesses want to locate themselves near parking, amenities and potential sources of customers or vendors. However, if a dispute arises between an owner and a governmental neighbor, the private party may find themselves facing additional legal obstacles. Sometimes governmental entities enjoy sovereign immunity, shortened lawsuit filing deadlines or additional notice procedures. Consortium tried to sue the contractors for negligence, trespass and negligent surface water diversion. The owner argued that the contractors should be liable to damage to neighboring properties because they faultily constructed the drainage facilities on the County EDA property. In his January 9, 2017 ruling on the contractors’ pretrial motions, Judge John C. Kilgore made findings illustrating an owner’s challenges to sue its neighbor’s contractors:

The Consortium Systems, LLC v. Lane Engineering, Inc. case contains several surface water diversion takeaways in addition to the judge’s legal rulings. First, when flooding occurs, the suffering owner should investigate the causes and potential remedies for the drainage problem. Sometimes the answer is not obvious. In serious cases, this may require the assistance of an engineer or other expert. Second, all flooding problems should be addressed promptly before additional damage occurs. If a neighbor is to blame, they should be notified promptly. Third, the law may apply a standard of care that is different from what may appear as ground water diversion best-practices. The flooded owner or her attorney may need to consult HOA documents, covenants, deed restrictions, easements, county storm water management guidelines, state case law and other authorities to determine the parties’ relative rights and responsibilities.