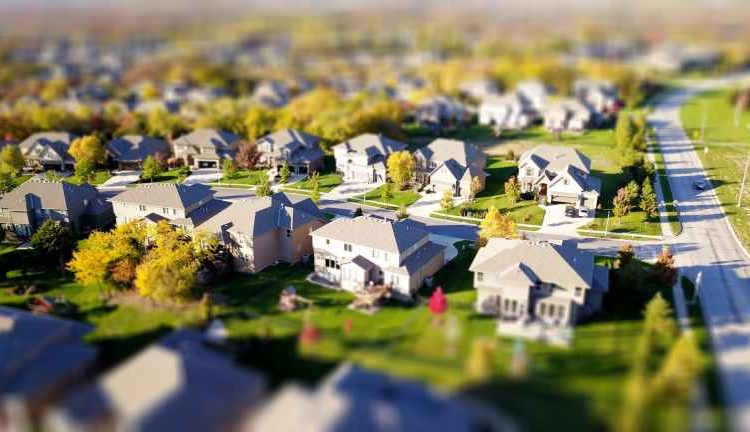 Founding father John Adams observed that a republic is, “a government of laws, and not of men.” Adams contrasted a republic with an empire, where, “what pleases the prince has the force of law.” In Adams view, a government of laws surpasses one where a single individual (or a small group) holds unlimited power. If the prince does not have to follow the laws in exercising his authority, the language of the laws is not significant. Nowadays, HOAs and condominiums advertise as “mini-democracies,” where an elected board implements powers prescribed by  recorded instruments for the subdivision. In Virginia, when an owner purchases their lot, they get a packet including the declaration of covenants, easements, bylaws, articles of incorporation, and other disclosures. The governing instruments, particularly the declaration, legally define the relationships between the HOA and the lot owners. Practically speaking, however, what lot owners often get is a small group of persons making decisions (collecting funds, managing common areas, regulating architecture, etc.) according to a generous reading of the definitions of   their discretion and jurisdiction. Often it is up to the lot owner to vindicate their rights according to the meaning of the words in the instruments. John Adams’ concern plays itself out in the “community theater” of HOAs and condominiums, with the owner arguing that the law mandates that HOA’ stated authority be construed narrowly, in favor of free use of property, and the HOA’s representatives arguing that it is the democratic process of the HOA that produces boards that exercise “business judgment.”

Often covenants expressly grant boards or committees’ discretion for purposes that cannot be effectively achieved by enumerated prohibitions or requirements. For example, most HOA declarations requires owners to apply to a board or committee to obtain approval of architectural changes. The declaration may not enumerate, within its four corners, all criteria needed for a committee to decide a design change proposal. Lots typically have differing dimensions, access to rights of way, grading conditions, and other features. It may be impossible to set forth answers to all questions in the declaration or design handbook,  if the purpose is to achieve substantial cohesiveness. HOA volunteers typically have little training, education, support, or experience in land use management. Because directors own land in the subdivision, they have a conflict of interest, to some degree. Decisions may lack consistency – with personnel changes bring policy changes. Many people criticize the HOA model for private land development in that the laws and rules are not much help because they are poorly written or simply ignored. However, Virginia law provides ample grounds for owners to craft effective legal strategies to protect their rights. This blog post is about limits on the discretionary power of the architectural control committee.

Will courts enforce provisions in covenants that require owners to obtain approval of designs prior to construction, or does any prohibition have to be specifically enumerated in the recorded instrument? The Virginia Supreme Court considered this question in a 1977 decision, Friedberg v. Riverpoint Building Committee, before the General Assembly enacted the Property Owners Association Act.  The Friedbergs sought to resubdivide a 75,000 square foot parcel in Norfolk, Virginia into three home sites. The covenants only allowed one detached single-family dwelling on each lot. The covenants required,

No building shall be erected placed, altered, or installed on any building plot in this subdivision until the building plans showing the location of such building have been approved in writing as to conformity, and harmony of external design, with existing structures in the subdivision and as to location of the buildings with respect to property and set back lines by a committee  . . .

The covenants forbade erecting a building on any lot any less than 7,500 square feet. The Friedbergs wanted to build a one-story house of less than 3,000, without dormer windows. The committee consistently required all houses to be at least 3,000 square feet in size, two stories in height, or if they wanted a one story house, they had to include dormer windows to make it look like it had an attic living area. The committee did this to “keep cracker boxes out” and establish a “relative stable, high-class residential area.”  Mrs. Friedberg wanted to resubdivide so that her son could live next door. The committee told her that she could only put one house on the “original” (unsubdivided) lot. The Friedbergs added a house on a subdivided lot anyway. One of her neighbors happened to be Edward Ferebee, a retired attorney and chairman of the committee. Mr. Ferebee took it upon himself to go to the construction site to tell them they lacked committee approval. When the Friedbergs applied, the committee rejected it because (1) the house was only one story, less than 3,000 square feet, without dormer windows and (2) the subdivision of the lot was not approved. The covenants did not specifically forbid resubdivision or specifically enumerate a minimum house size. The court agreed with the architectural control committee, because the covenants contemplated that each lot would have at least 7,500, finding it implicit in the lot size requirement that one cannot circumvent the rule requiring at least 7,500 square feet for home sites by resubdivision.

The Friedbergs also argued that the architectural control committee’s requirement of dormer windows on a one story, 3000 square foot or less house was not enumerated in the covenants or even formalized into standard written guidelines. Mr. Ferebee testified that since the beginning, the committee consistently applied the principle that houses must be of two stories, or one story of at least 3,000 square feet, with dormer windows. On a one-story house, the dormer windows gave the appearance that the second floor was used as a living area. Ferebee stated that the committee never gave any lot owner an exception to this rule. The Supreme Court of Virginia was satisfied by this, adopting the following legal doctrine:

Generally, a restrictive covenant for a residential subdivision which requires consent to construction or approval of plans of construction, even though the provisions of the restrictions do not establish standards of approval, will be declared valid when such covenants apply to all the lots as a part of a uniform plan of development. But such covenants will be enforced only when there has been a reasonable employment of such restrictions. John Perovich, Annotation, Validity and Construction of Restrictive Covenants Requiring Consent to the Construction on Lot, 40 A.L.R.3d 864 (1971).

Virginia courts allow covenants to require owners to submit building plans to a committee for approval before construction. In certain instances, such as in the Friedbergs’ case, it may not be necessary for the covenants to enumerate standards of approval. But the covenant has to apply to all the lots, in the context of a uniform plan of development. In reading this ruling, my eyes focus on the language, “will be enforced only where there has been a reasonable employment of such restrictions.” What does “reasonable employment” mean here? One can imagine a board member asking the lawyer how to apply the restriction, with the lawyer explaining that the courts require “reasonableness,” and the director misunderstanding this to mean that their discretion is unfettered. Based on other case law, it would be a mistake to view “reasonableness” here as that of a “reasonable person” or some other deferential standard. What constitutes “reasonable employment” is determined by interpreting the declaration of covenants as a whole, together with the subdivision plat and the designs for the development plan. Virginia law includes doctrines that tell lawyers and judges how to interpret the language in statutes, contracts, and deeds. For example, if you look back at the design control language in the Riverpoint covenants, it says “building.” What if the Friedbergs wanted to put in holiday lights, shrubbery, a fence, or other features that are not a structure with four walls, a foundation, and a roof? One would need to check to see if “building’ is defined elsewhere in the document, and if other provisions specifically addressed such matters. Hypothetically speaking, the committee might think that it is “reasonable” for the Friedbergs to replace any dying trees with a similar tree in the same spot, but they may or may not have the authority to require that, under a reasoned reading of the covenants. One must also review the declaration to determine if it grants the HOA authority to adopt rules and regulations regarding enumerated subject matter without formal amendment of the covenants. If the covenants do not contain a rule, do not authorize the board to make the rule, and the rule is not established by consistent, reasonable application in the uniform plan of development, then the HOA’s arbitrary covenant enforcement may be subject to legal challenge. This is why HOAs like to put out a design handbook (to avoid issues like in the Friedberg case), but not everything in the handbook may be enforceable. When changes require architectural control committee approval, and those provisions actually apply to the changes the owner wants to make, it is in the owners best interest to prepare a proper application using the standard form, a letter explaining the request, a copy of the contractors’ proposal, photographs, a survey plat showing the desired location, and other details. By following procedures necessary under the terms of covenants, the owner can position themselves favorably if a neighbor or subsequent board or manager does not like the change, months or years later. Even if the owner failed to do so before construction, they may be able to obtain formal approval later by going through the process to have what was done “blessed” by the ARC. The purpose of this is to lock the HOA in by principles of estoppel and waiver. If the proposal is wrongly rejected, the owner can use the process to framing issues for court challenge.

In the big picture, is it a good public policy to allow developers to delegate to a committee of neighbors control over changes to an owner use or improvement of the property? Personally, I am not attracted to living in such a place. Some people like the idea of a board going after their neighbors for “unsightly” or “problematic” architectural or vegetation changes. Some HOAs do have covenants, bylaws, design handbooks and other documents are clearly written, that on paper would accomplish certain community goals that many find desirable. However, in real life what purchasers get are groups of people (directors, committees, complaining neighbors, managers, attorneys, etc.) making decisions that may not conform to the words of the governing documents. Unfortunately, many owners are unaware of what their property rights are and that they can be vindicated legally. I think that John Adams would be disappointed if ignorance allowed “men” to prevail over “laws” that limit their powers, which is why I think blogging about these matters is important.