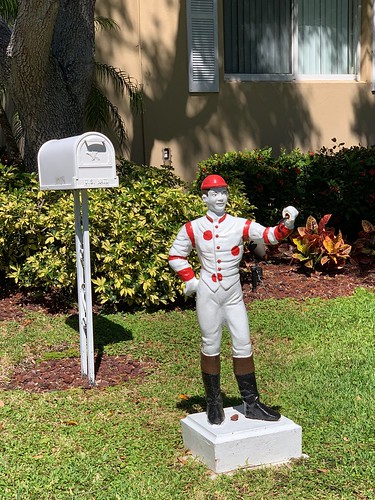 Some people like to talk about awards of money damages or attorneys’ fees that the courts order losing parties to pay. Litigation involving landowners, HOA or condominium boards revolve around what remedies the court may apply if it sees things the same way as one of the parties. Contrary to the focus of many news articles, monetary awards may not be the essential remedy available in property rights or corporate governance cases. In Virginia, and elsewhere, the law makes awards of money damages or possession of property preferred remedies. However, in many cases, an award merely of money damages is insufficient to properly vindicate the rights of an aggrieved party. In disputes between owners and HOA boards or neighbors involving the use of land, claimants frequently ask for the court to order the defendant to do certain things or to stop performing improper actions. This is called an “injunction.” For example, a neighbor or the HOA may be causing a nuisance on a lot or common area (e.g., improperly diverting drainage water), that unreasonably damages or interferes with the adjoining landowner’s rights. There are other examples which do not involve nuisances. An aggrieved owner could just sue for money, but the offending party may continue with the wrongful behavior, which results in more damage or interference justifying another suit. A succession of suits for money damages doesn’t solve the root of the problem. Community associations and their members have ongoing relationships that usually only end if someone sells their property or dies. While courts apply high standards for aggrieved parties to obtain injunctive relief, the scope of subject-matter to which injunctions may apply is as broad as the topics addressed in the governing documents, the applicable statutes or other controlling legal principles, such as the doctrine of nuisance. Cases where structural failure may cause catastrophic injury to person or property absent corrective action often include requests for injunctive relief. The ongoing character of neighborhood disputes makes an injunction a powerful remedy. The purpose of this blog post is to summarize how injunctive relief may work in HOA, condominium or adjoining landowner disputes.

Community associations revolve around a declaration of covenants, and any amendments, that function as a “contract” between the association board, committees, the developer and the lot or unit owners. To interpret and enforce this “contract”, Virginia courts apply statutes and judge-made doctrines pertaining to restrictive covenants, easements and deeds. Under the judicial doctrines, if a party requests a court to enter an injunction against conduct that violates a covenant, they must show that the covenant is not ambiguous or presents other enforcement problems. Courts traditionally apply heightened skepticism towards enforcement of covenants and easements. This is why lobbyists asked the General Assembly to enact the Property Owners Association Act (POAA) and the Virginia Condominium Act (Condo Act) and their amendments. This legislation made it easier for association boards to enforce HOA covenants and powers. The POAA and Condo Act provide for injunctions (not excluding money damages or other relief) as a remedy available to lot or unit owners for breach of the association covenants by the board or an adjoining owner. If those statutes don’t apply, a claimant must go to the Circuit Court to obtain an injunction. The association statutes provide an exception, allowing HOAs, condominium boards or owners to go to the local Circuit Court or the General District Court for money damages or injunctions for violation of the declaration of covenants.

In Virginia state courts, to obtain an injunction, the complainant must show irreparable harm and lack of an adequate remedy at law. The Supreme Court of Virginia has held that when an injunction is sought to enforce a real property right, a continuing trespass may be enjoined even though each individual act of trespass is in itself trivial, or the damage is trifling, nominal or insubstantial, and despite the fact that no single trespass causes irreparable injury. The injury is deemed irreparable and the owner is protected in the enjoyment of his property whether such be sentimental or pecuniary. An injunctive order must be specific in its terms, and it must define the exact extent of its operation so that there may be compliance. The declaration of covenants, like other contracts, require parties to perform as prescribed. The entry of an order granting a motion for an injunction based on HOA or condominium covenants takes this a step further, because disobedience to a court order allows the aggrieved party to file a subsequent request with the court to hold the party bound by the injunction to be held in contempt. This is why attorneys seek to avoid having their clients become subject to injunction orders.

There are two main kinds of injunctive relief. One is a “permanent injunction” which the judge enters at the end of the case should she agree that such a remedy is proper in a final order. The other kind is a “preliminary” or “temporary” injunction which the court may enter on motion for the time between when the suit is filed and the trial. Preliminary injunctions provide immediate relief, subject to revision at the end of the case. In Virginia, different judges apply different legal standards for preliminary injunctions. Many draw from common law cases which do not articulate a uniform standard. Some judges apply the strict federal standard for preliminary injunctions, requiring a showing that (1) the plaintiff is likely to succeed on the merits, (2) the plaintiff is likely to suffer irreparable harm in the absence of preliminary relief, (3) the balance of equities tips in his favor, and (4) an injunction is in the public interest. Preliminary injunction orders are unusual because waiting until the case is decided on the merits affords more due process to the defendant.

Association boards can sue for injunctions, but they don’t have to. The POAA and the Condo Act allow associations to fine property owners for violating covenants or rules when the declaration allows fines and the board strictly fulfills the requirements of the declaration and the statute. I don’t agree with these fine statutes because they enable HOAs to get a free pass from having to plead and prove breach of the covenants or the appropriateness of an injunction enforceable by contempt. In a sense, HOAs and condominiums are able to skip over months of litigation “due process” to determine if a remedy is proper for breach of the governing documents and instead, just enact a kind of contempt penalty. Owners don’t have the ability to jump ahead of the process and fine people without having to litigate for a year or more. Nonetheless, preliminary and permanent injunctive relief are powerful weapons for owners aggrieved by the wrongful actions of association boards or adjoining owners. Owners can draw from the governing documents, statutes and common law doctrines to achieve a judicial remedy or favorable settlement that resolves the dispute without forcing the owner to sell or engage in endless lawfare. Understanding what court remedies may be available, such as money damages, attorneys’ fees or injunctions is necessary in order to chart a legal strategy to resolve the dispute and achieve peace of mind.

In 2022 I posted a new article, “Homeowner Injunction Claims Against HOAs.” This new article contains additional information regarding this important topic.