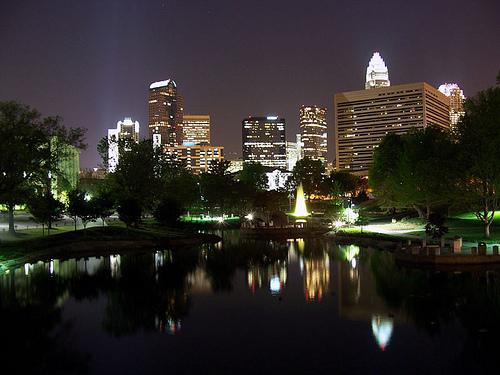 When parties to lawsuits finally agree in principle to resolve dispute, sometimes one side will request insertion of confidentiality terms in litigation settlement. These “gag orders” typically forbid the parties from disclosing the terms of the settlements. These requests can come as a surprise because requests for confidentiality may have not come up yet in the case. Litigation is mostly a public activity. Usually anyone can read the court file or observe motions or trials.

Some defendants fear that the dollar amount of settlement in one case may create a “benchmark” or market value for settlements in a similar, future cases brought against them. The facts and dollar amount may be embarrassing. Even if the settlement agreement denies admission of any wrongdoing, the act of payment may be interpreted by some as a sign of the merit of the claim.  A plaintiff may have a short period of time to consider a proposal of a confidentiality clause. What do these confidentiality clauses mean to parties bound by them? Most confidential settlements are “successful”. The cases never end up back in court, the news or social media because the parties “move on” with their lives and business. However, in a 2008 North Carolina case, a HOA and its former property manager failed to achieve a clean resolution. Selwyn Village Homeowners Association vs. Cline & Company illustrates potential pitfalls surrounding confidential settlements. This case has many lessons on “closing the deal” in litigation settlement.

was Selwyn Village’s property manager. In 2003, Selwyn Village suffered flood damage. When the board of directors made a claim on their insurance policy, they discovered that Cline had cut costs by drastically underinsuring the property. Selwyn Village sued Cline and the insurance broker. The owners must have been outraged by the devastation unrepaired by inadequate insurance. The board and its law firm may have struggled to hold Cline responsible. The manager may have had access to more information about their conduct than their client. Perhaps the manager pointed fingers back at the board as the responsible party? In between the lines of the court opinions one can imagine messy litigation.

During the middle of the 2006 trial, Cline agreed to pay the association $26,000 in settlement. The parties also agreed to “work out” confidentiality and non-disparagement provisions in a consent order to be entered later. The court opinion does not discuss any estimates for the full amount of repairs. Even if insurance covered part of the costs, $26,000 seems like a low number to repair condominium flood damage in Myers Park.

While going back and forth with Cline about the terms of the confidentiality order, the HOA board requested that its own lawyers explain the settlement at an owners meeting. Little did they know that Kelly Ann Cline, daughter-in-law of the owner of Cline & Co., owned a unit in Selwyn Village. Ms. Cline attended the attorney’s presentation at the owner’s meeting. Kelly secretly tape recorded the disclosure of the terms of the settlement and provided it to Cline & Co.’s lawyers. Cline then used this “disclosure” as an excuse not to pay.  The lawyers for the condo association moved the court to enforce the $26,000.00 settlement. The judge agreed with Selwyn Village. Cline appealed. The Court of Appeals and Supreme Court of North Carolina affirmed the trial court’s enforcement of the settlement against the property manager. This case illustrates several pitfalls to watch out for in a settlement.

[T]he phenomenon whereby an attempt to hide, remove, or censor a piece of information has the unintended consequence of publicizing the information more widely, usually facilitated by the

It is named after American entertainer Barbra Streisand [who] unsuccessfully sued photographer Kenneth Adelman and Pictopia.com for violation of privacy. The US$50 million lawsuit endeavored to remove an aerial photograph of Streisand’s mansion from the publicly available collection of 12,000 California coastline photographs. Adelman photographed the beachfront property to document coastal erosion as part of the California Coastal Records Project, which was intended to influence government policymakers. Before Streisand filed her lawsuit, “Image 3850” had been downloaded from Adelman’s website only six times; two of those downloads were by Streisand’s attorneys. As a result of the case, public knowledge of the picture increased substantially; more than 420,000 people visited the site over the following month.

Cline & Co. wanted the confidentiality provisions to avoid negative publicity about the settlement. What happened after the trial in this case is an example of the “Streisand Effect.” Ironically, many details ended up in publically available appeals court opinions.

The Selwyn Village HOA exchanged the risk of an unpredictable trial verdict for a settlement sum that may have been lower than what some may have wanted. After getting the threat of a jury verdict to go away, Cline Co. attempted to derail the settlement by refusing to pay and continuing the case through multiple appeals. The case illustrates the value and challenges of “closing the deal” in settling a case. Lawyers have varying professional acumen for settling cases depending upon their personality, experience and knowledge. When litigation seems inevitable, most parties are best served by lawyers who can fight for their clients or make peace in settlement depending on the facts and circumstances of the case and client’s needs. The “Streisand Effect” can be avoided by being selective about which things to fight over. In some situations, “Who cares?” may be the best response.