Where is Virginia on Selective Enforcement of HOA Covenants? 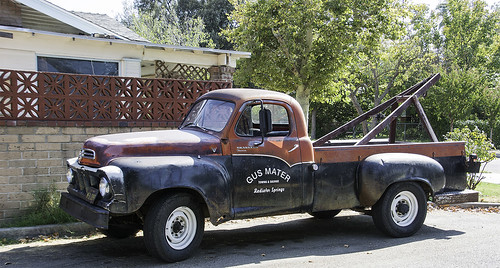 In Greek mythology, Procrustes was a robber who deceived his victims into entering his house by offering a free bed for the night. Once inside, if the visitor was too short, he violently stretched them to the full length of the bed. If the visitor was too tall, he would chop off their legs to fit them. Either way, Procrustes ended up with their valuables. Procrustes met his end when the hero, Theseus “fitted” Procrustes to the length of the bed in his own guest room. In the law, judges, lawyers and professors sometimes deride arbitrary or unwise legal standards as “Procrustean.”

Subdivision deed restrictions often seem “Procrustean.” But at least Procrustes held all visitors to the same “standard.” When a HOA or condominium seeks to enforce a restrictive covenant against a particular owner, often there are other properties for which the board has failed to enforce that covenant against for a number of years. The owner, reading her notice of violation, may wonder if the HOA had effectively abandoned enforcement of the restriction or if the notice is an unfair “selective enforcement” against some lots but not others. The Supreme Court of Virginia considered this question in the 1992 decision, Raintree of Albemarle Homeowners Association v. Charles & Glenda Jones. Raintree brought suit against the Jones family, seeking an order prohibiting them from keeping a “wrecker” tow truck on their residential property. The HOA’s enforcement was a sore subject. Two other owners, Gordon Nicely and Dennis Powell parked pickup trucks owned by a utility company at their homes without HOA objection. The disputed covenant prohibited lot owners from parking trucks “of any nature” overnight on property in the subdivision, except in an enclosed garage. The section also prohibited, “school buses, commercial vehicles or habitable motor vehicles” outside of an enclosed garage. The Supreme Court disagreed with the HOA’s view that the utility company pickup trucks were not commercial trucks or “trucks of any nature” prohibited by the covenant. The HOA also argued that its failure to enforce the covenant against Messrs. Nicely or Powell, did not constitute a waiver of the enforceability of that covenant in the Jones case. The Supreme Court of Virginia’s longstanding rule says that the right to enforce a restrictive covenant may be lost by “waiver, abandonment or acquiescence” by the association to violations thereof. But the party relying on such waiver must show that the previous conduct or violations had affected, “the architectural scheme and general landscaping of the area so as to render the enforcement of the restriction of no substantial value to the property owners.” The Supreme Court found that the HOA’s failure to enforce the covenant against Nicely and Powell did not substantially devalue of the covenant in the context of the overall architectural scheme of the development.

The Supreme Court found that the Circuit Court properly denied the HOA’s request for an order prohibiting the Joneses from parking their wrecker truck on Old Brook Road. The Supreme Court observed that Old Brook Road is State Route 652, not a private right of way. The HOA had no authority to regulate parking on Old Brook Road because it had been incorporated into the state system of highway maintenance. If VDOT didn’t have a problem with the truck, then there wasn’t anything that could be done against it. This is one reason why many HOAs like to own their own roads.

Many HOA declarations prohibit the keeping of commercial vehicles or motor homes in the subdivision. These rules can be onerous to small business owners who need a commercial vehicle to earn a living. Usually, owners are permitted to use their home as an office for professional work that does not impact the curbside views of the lot. Commercial vehicle or home business restrictions can hit working class people harder than professionals. Enforcement of such rules often “drives” small business owners further away from their service areas, require them to pass on “overhead” garage costs to their customers in higher prices, or force them out of business. This can discourage useful economic growth between services and consumers of ordinary means.

“Selective Enforcement” is a difficult defense to prove when relying upon the rule in Raintree. Motor vehicles are transitory by nature. If this was a case where a majority of the lot owners violated a covenant prohibiting sheds in the front yards for many years, then it would be much more likely to be found to render the prohibition useless. Or if the original declaration called for the association or developer to establish bridle paths across the front of each lot for equestrian activity, and instead of doing so, many lot owners built fences and other structures in the areas originally contemplated for horse trails.

There are other rules which lot owners may be able to use to assert a “selective enforcement” defense other than the “defeat of common scheme” rule discussed in Raintree. For example, federal or state fair housing laws may prohibit certain enforcement actions related to race, religion or other criteria.

Supreme Court of Virginia seem receptive to “textualist” challenges to HOA enforcement actions. Under this approach, set out in Tvardek and Sainani, interpreting the specific language in covenants or statute narrowly to limit enforcement, is more likely to result in a successful challenge. For example, in this case, if the Jones used unmarked mini or compact vans for a house cleaning business that they parked overnight at their property, then such a practice might not violate the covenants, because the minivans look no different than those used by large families.

The covenant at issue in the Raintree strikes me as unreasonable, in its prohibition against “trucks of any nature” being “parked overnight.” Pickup trucks are commonly used by passenger vehicles, and many automobiles used by families are classified as a kind of truck. It doesn’t make sense to put a covenant in a declaration that treats ordinary pickup trucks, SUV’s, vans, etc. like commercial service vehicles. Also, the “overnight” temporal limitation seems unreasonable. By this rule, a commercial vehicle could sit in an open driveway all day and go elsewhere at night. This doesn’t protect onlookers from the “eyesore” of the commercial vehicle. A literalistic enforcement of this covenant would require lot owners to ask their friends, who come to visit using compact pickups, to leave as soon as the sun sets.

Many people want HOA disputes to be resolved based on what others in the subdivision are doing or on “common sense” arguments. However, the courts in Virginia have explained that what the declaration and the statutes actually say is often more important than what some people may be doing. Different lawyers and judges often disagree as to what particular HOA covenants actually mean. At least with Procrustes, people trapped inside his house knew how tall they needed to be to get out unscathed. There were no arguments as to how long the bed was. When the legal standard is unclear as to what compliance would actually look like, then there is a greater problem. This is why the recent trend in Virginia whereby courts refuse to enforce overly general or ambiguous covenants makes sense.

This photo does not depict anything discussed in the blog post.