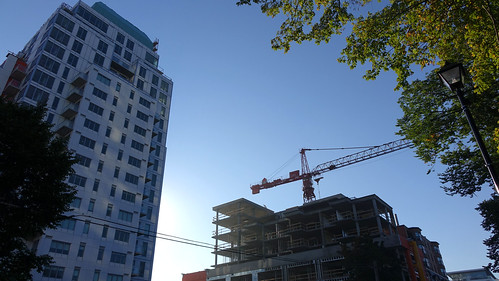 For many years, I have observed how state statutes enable condominium boards or developers to oppress the rights of unit owners in the termination and sale of condominium developments. I have work experience as an attorney representing unit owners or tenants in such cases. In 2019 I published a case study in a state bar journal relating to a case that is now the focus of efforts by the 2020 General Assembly to rewrite the Condominium Act through House Bill No. 1548. The 1993 amendments to the Virginia Condominium Act made it too easy for boards to sell all the units and common areas of the development to a real estate company for redevelopment purposes, without the consent of all unit owners, and giving unit owners a diminished, unfair share of the proceeds of the sale. My hope was that the Condominium Act would be amended to remove or reform those 1993 amendments. Unfortunately, 2020 House Bill 1548 would make it even easier for the interests of unit owners to be oppressed in condominium termination sales by removing common law protections. This blog post voices my opposition to this proposed bill. This blog post is not as polished of a writing project as I would prefer, because I’ve put it out quickly in the interest of quickly explaining my opposition to the bill.

Existing Condominium Law. Condominiums are a form of common ownership where the owner owns a “unit” outright, and all of the unit owners own the common areas as tenants in common. The Condominium Association, acting by the Board of Directors, has the exclusive power to operate the common areas for the benefit of the unit owners. The respective rights of the unit owners and the association are defined by the declaration and bylaws recorded by the original developer on the entire project, with any amendments. The courts treat the declaration and bylaws as the “contract” between the unit owners and the association. Like any other real estate “contract” or “tenant-in-common” ownership, the common ownership arrangement can come to an end through termination. When condominiums were a new invention, judges and lawyers understood that because the common areas were owned by the unit owners as tenants in common, the statutes pertaining to partition of real property would apply to issues of termination and sale, along with whatever applicable provisions there are in the Condominium Act and the Declaration. Directors, lawyers, developers, lenders and unit owners involved in the termination of condominium declarations and the sale of the property discovered that the partition statutes did not make it easy for the board, prospective buyer, or a majority of the unit owners to cleanly sell the property and distribute the proceeds. This is because absent a guiding provision in the declaration, it is necessary to litigate the partition action in the court system if 100% agreement cannot be made among the tenants in common. The 1993 amendments to the Condominium Act made it easier for the requisite super-majority of unit owner interests to make a Termination Agreement allowing sale of the entire property and distribution of the proceeds to the unit owners. The reasoning being that a few holdouts should not be able to block the sale of a property that was no longer useable or could be sold for a good price. However, when condominium terminations are made, often the “majority” is not a consensus of individual unit owners, but a commercial interest that has purchased 51%-67% of the units and is in the position of controlling or influencing the seller while also being the buyer. When one party is the buyer and controls to some degree the seller, they can control the purchase price, and thus the proceeds that go to each unit owner according to their percent interest.

Virginia House Bill 1548 does nothing to remedy the problems that exist under the current system. In fact, it makes oppressive tactics faster and easier to conduct. The following identifies several problems with the proposed amendments to Va. Code 55.1-1936:

Erosion of Protections in Recording Acts. Ordinarily a purchaser of property takes the land subject to all defects and encumbrances known to her or reflected in the publicly recorded land records. One of the effects of the land recording system is that it encourages parties to record land instruments to protect their rights by putting potential purchasers or lenders on notice of an encumbrance. A Condominium Termination Agreement is an encumbrance because it evidences the terms by which the declaration is being terminated and how the entire property is going to be sold. This is exactly the kind of information that a prospective purchaser would want to know before buying a condominium unit or accepting the unit as security for a loan. Under present law, there is no reason why a termination agreement would bind a purchaser of a unit unless the agreement was recorded prior to the conveyance of the unit or the seller told them. The Proposed 2020 amendment would do away with this protection, by allowing the proponents of the termination and sale to get the requisite signatures on the Termination Agreement, place the instrument in a desk drawer for recordation at a convenient time, but any purchaser would nonetheless take title subject to that termination agreement. See HB 1548, section C. Allowing “pocket” terminations would create ripe opportunity for abuse by bulk-buyers of condo units who want to keep the remaining unit owners in the dark or see what happens in a rezoning activity. The proposed amendment attempts to provide a replacement safeguard by requiring a copy of the termination agreement to be included in the resale disclosure packet. However, the statutes in Virginia requiring resale disclosures are woefully inadequate. The terms of those statutes give buyers barely any time to evaluate the sufficiency of the disclosures. The remedy for a deficient disclosure packet is to void the sale, not void the omitted instrument from affecting the rights of the purchaser. Also, the persons preparing the packet would not necessarily know about the existence of the termination agreement unless the makers of the agreement told the board or the manager.

Termination Agreement Can Redefine Unit Owners Rights. According to the proposed amendments to section I, new subsection 1, “Expect as provided in subsection 3, the respective interests of the unit owners shall be as set forth in the termination agreement.” This substantially inflates the powers of the supermajority voting interest promoting the termination sale. Ordinarily, the interests of condominium unit owners are defined by the declaration, condominium survey plat, bylaws and other instruments that define what rights are included in the condominium unit. This proposed amendment could allow the majority making the termination agreement to redefine the interests of the unit owners without their consent. The Bill proposes to amend Section G from reading,

The bill would change this language to,

So, this proposal would allow the supermajority voting block that approved the termination to, at their discretion, redefine the unit owners’ respective take or share in the context of a subsequent sale. This portion of the amendment may run afoul of the Constitution of Virginia, because the respective rights of the unit owners of existing condominiums are already defined by the Condominium Act and the common law of Virginia, and the legislature can’t pass laws that redistribute rights derived from preexisting contracts, declarations or deeds. With this amendment, the person or groups that make termination agreement would try to use this language to deprive other unit owners of rights by redefining the share of the proceeds. This is not a “mini-democracy.” It’s a tyranny of a super-majority of voting interests.

Further Dilution of the Appraisal rights of Unit Owners. According to the law currently in effect, the Board of Directors is supposed to hire independent appraisers who appraise each unit and use these appraisals to calculate each unit owner’s percentage interest in the net proceeds of the sale. Since the individual or group that has the requisite super-majority will undoubtedly place directors friendly to their cause on the Board, and because of the friendly relationship (or identity of persons) between the buyer and this voting bloc, the seller can greatly influence or control the process of appraising the units, or ignore the appraisal requirements to make the process faster and cheaper. The appraisal requirements in the current statute seem to be there to protect the interests of unit owners who spent considerable sums maintaining or improving their units, so that they would not be treated the same way as persons who neglected maintenance. The proposed bill makes it easy for the proponents of a termination to dispense of the appraisals by allowing the termination to require unit owners to demand appraisals within 30-days’ notice. If the appraisals come out 10% or more higher for the unit owner than the share the unit owner would receive according to the agreement, then the appraisals are used for valuation. If the appraisals come out 10% lower, then the dissenting unit owner’s share of the proceeds is reduced by the cost of the appraisals. This proposed system for challenging the appraisals does nothing to solve the problem of the buyer’s influence over the board that appoints the appraisers. This proposed change would bless the board to depress the share of the dissenting owner by 10%, even if the appraisals showed that the valuation method stated in the termination agreement undervalued a unit owners’ interest in the proceeds of the sale.

Leases and Mortgages. Section (I)(5) adds a new section, “Unless the termination agreement provides otherwise, each unit shall satisfy and cause the release of any mortgage, deed of trust, lease or other lien or encumbrances on his unit at the time required by the termination agreement.” Under the current Condominium Act, the leases and liens convey with the land if sold pursuant to a termination agreement, unless there is some limitation in the declaration that the tenant or lender takes subject to. The Condominium Act does not presently require unit owners to clear liens in the event of termination. Condominium units can be valuable as rental units, whether they are commercial or residential. Commercial leases can have terms that span many years and may involve rights of first refusal for purchase. In the commercial context, unit owners or their tenants frequently improve the interiors of the units at great expense to make them usable as a medical office or restaurant. The effect of this provision would be to devalue the use of condominium units as rental properties because the protections of the tenant and landlords’ leasing rights would be subject to this new provision. Many commercial tenants may refuse to willingly lease a unit where the landlord requires them to have the lease terminated by operation of a termination process outside of the landlord’s control. Also, its common for condominium unit owners to use their property as collateral for loans. Condominium terminations often occur when the economy is changing. In the event of a recession, many unit owners may be underwater on their loans. The effect of Section (I)(5) is to circumscribe condominium unit owners’ opportunities to leverage their investments through loans and leasing necessary to unlock value of the property. The condominium unit owner’s deed becomes less of an individual property right and more of a share in a communal resource.

There are other problems with the bill to which there is inadequate time to explore on short notice. Owners, lenders and tenants of condominium units in Virginia deserve better than to have ill-considered legislation impair their rights and make it easier for others to oppress their property rights through termination sales. For many Virginians, their condominium unit is their greatest investment and where they live or earn a living. Condominium ownership is promoted as a carefree means of living the American dream. The General Assembly has the opportunity to reduce the risk of nightmare for many of their constituents by voting against HB No. 1548.

Where is Virginia on Selective Enforcement of HOA Covenants?