Home / Blog Archive / Community Associations / What is the Difference Between an Easement and a License in Virginia? 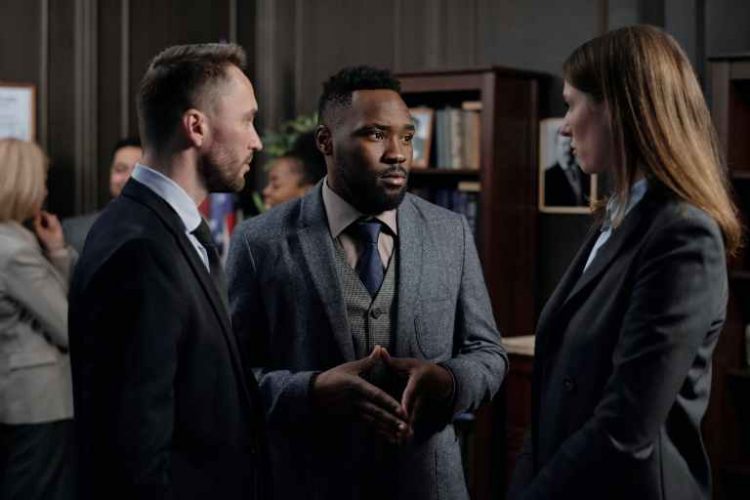 Landowners in disputes with neighbors usually are aware of how easements may define property rights among adjoining properties. However, easements are not the only kind of right that allows someone to do or erect something on the land of another. In property law, the “license” is a well-established property doctrine. This kind of license is different from a permit for driving, fishing or professional activity. An easement is a right to use the land of another for a specific purpose. Easements can be implied, express, or established by adverse use. Easements can be conveyed or bequeathed to another person and are often recorded in the land records. Licenses, on the other hand, are more limited property rights that normally cannot be transferred and are usually easily terminated. Everyone has experience with licenses, whether they realize it or not. For example, if I order a book from an internet retailer for home delivery, the van stops in front of my house, and the driver walks the package up to my front door. The delivery person does not enjoy an easement, or any kind of written authority to walk on my land. Their action is not considered trespassing, because the right of entry is implied by custom and from the home delivery order. Licenses are important in the context of HOAs and Condominiums. Governing documents often delegate to Boards the authority to grant licenses to assigned parking spots or use of other portions of common areas. Virginia law treats licensing authority differently from easements or HOA rulemaking. Private operation of common areas distinguishes community associations from other land planning systems. All owners need to understand under what circumstances a Board may intentionally or inadvertently grant specific lot owners exclusive rights to use certain portions of the common areas. Licenses can be confusing because of their similarities with easements. What is the difference between an easement and a license in Virginia? Slight changes in wording in a recorded instrument may make a big difference in the rights of owners and HOAs. In this blog post, I will glean points from two published case decisions.

The Supreme Court of Virginia considered the licensure of assigned HOA parking spaces in a 2000 case opinion. Reginald W. Dye and other lot owners brought suit against Sully Station II Community Association, Inc. in Fairfax County, Virginia. In Sully Station, some townhouses came with their own garages, while others did not. Originally, common area parking spaces in Cluster Common Area Section 8 were available on a first come, first serve basis. On October 1, 1997, the Board assigned two reserved spaces to each townhome that did not come with a garage.  The other spaces remained for overflow or visitor parking. Now, 78 of 94 parking spaces were reserved to 39 non-garage townhouses, and the remaining 16 were left as “first-come first-served”. This displeased lot owners who purchased garage townhouses, likely at a premium.

When the garage townhouse owners challenged the new parking system, they contended that the assignments constituted “licenses” not authorized by the Declaration. The HOA contended that the new system was merely regulation of the common area, allowed by common area rulemaking authorization provisions in the Declaration. The Declaration granted every Owner an easement to the Common Area, subject to the right of the Association to license portions of the Common Area to members on a “uniform, non-preferential basis.” On appeal, the Association disputed the Circuit Court’s finding that the new parking policy violated the “non-preferential” requirements in the Declaration. The HOA argued that by authorizing rules and regulation, the HOA could assign parking as they see fit, and was not a license. The HOA pointed out that in some other states, assignment of reserved parking spaces by HOAs is considered to rulemaking, not licensing. Virginia is one of the states that holds that the declaration must do more than authorized rulemaking for the parking lot in order for the Board to have the authority to assign specific spaces.

In Sully Station, the Supreme Court of Virginia noted that a License to land is, “a right, given by some competent authority to do an act which without such authority would be illegal, a tort, or a trespass.” Additionally, a License is specific to a person and does not “run with the land” upon sale of the lot, unless deemed “irrevocable.” The Supreme Court observed that the new parking policy had to be viewed as licensing, and not rulemaking, because it created a special privilege entitling the non-garage townhouse owners to do something they could not without the “policy”, which was to exclude the other owners from their assigned parking spaces. This exercise of power by the Board was the essence of granting a License, because without it, the non-garage owners would have no right to exclude anyone. This licensing scheme violated the Declaration because it did not treat garage owners with non-garage owners uniformly on a non-preferential basis. The ruling in Sully Station is consistent with the Supreme Court of Virginia’s pattern of narrowly construing the authority granted to a HOA Board by the Declaration. Since the licensing provisions spoke directly to what the HOA was doing and forbade preferential treatment, the mention of rulemaking authority for the common areas elsewhere in the Declaration was not found to trump the licensing provisions.

Another HOA license case also came out of Fairfax. In Basham v. Maplefield HOA, the Association contended that the defendants improperly erected fences enclosing portions of the common areas.  The lot owners argued that the fences ought to be permitted to remain on three alternative theories: (a) Express Easement, (b) Irrevocable License, or (c) Equitable Easement. The court found no “Express Easement.” The case turned on whether the previous decision by the HOA to allow the homeowners to extend their fences into adjoining portions of the common area resulted in an “irrevocable” license, and hence enforceable as a kind of easement.

While Licenses are ordinarily revocable by the Licensor, they can become permanent if it consists of erecting an improvement on the land and the Licensee incurs an expense in reliance upon the express License. The Circuit Court found that the lot owners’ claims for “irrevocable license” and equitable easement” could proceed, because the HOA allegedly acquiesced in the lot owners’ requests to extend the fences to their current location. Because they described facts in their pleadings that if proven would establish an Irrevocable License, the equitable easement claim was allowed to proceed as well, because Irrevocable Licenses can be vindicated as easements.

As Sully Station and Basham illustrate, the License to Land is a flexible doctrine, useful for interpreting governing documents or the implications of parties’ actions in ways to settle property rights. In every dispute, the parties ought to consider whether or not the disputed use or alleged encroachment could be deemed a “license” by the judiciary, and if so, how that could dictate the case’s outcome. Ordinarily, it take 15 years for a property owner to establish ownership of neighboring land by adverse possession or 20 years for a prescriptive easement. Owners with disputes about the exclusive use or enclosure of land by another ought to consult with qualified legal counsel to determine whether the doctrine of irrevocable license may provide another means to make the use permanent.

HOA Records and the Exclusion of Hearsay from Evidence