HOA Records and the Exclusion of Hearsay from Evidence 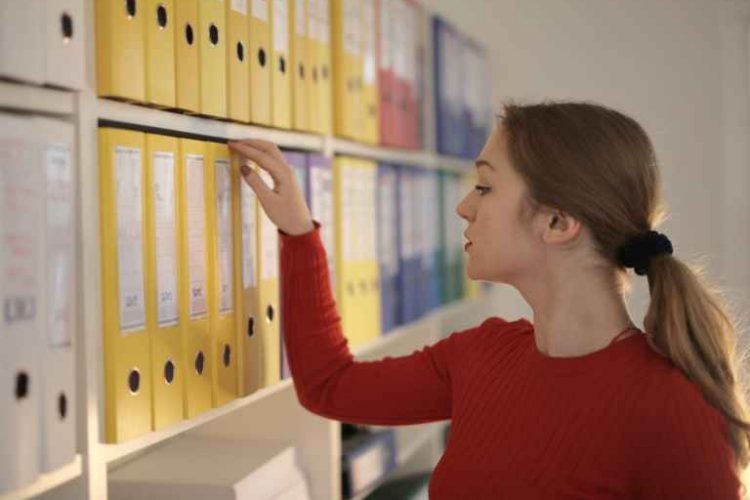 HOAs and condominiums, as legal entities, are creatures that derive their power from documents. Governing documents must be in writing. Rules, regulations, policies, and resolutions must be put into writing. To maintain and manage the common areas, the board must make contracts with vendors. Covenant enforcement requires data collection and issuance of notices to lot owners. The process of making and collecting assessments is also document driven. Owners in disputes with associations frequently complain that they cannot obtain access to essential records necessary to resolve the disputes or discover that the records do not exist. The creation, organization, and storage of paper and electronic records and documents are essential to the operation of a community association. HOAs derive power from the creation, organization, and control of this information. Owners often complain that they cannot get the records they want from their association or documents that would exculpate them cannot be found.

Once judges call disputes between owners and HOAs forward for trial, the conflict over HOA records shifts to the inclusion or exclusion of association exhibits as evidence. The rules of evidence allow for the exclusion of hearsay. Hearsay is an out of court statement offered to prove the matter asserted in the statement. The hearsay rule applies to oral statements, written materials or electronic records. The hearsay rule prevents a party from proving their case with alleged passed-on statements by persons who cannot be cross-examined at trial. The right to cross-examine one’s opponent is an element of “due process”. Not all statements are presented to “prove the matter asserted.” Some statements are introduced to show that a party was on notice of or aware of a contention or some other basis other than the truth of a statement or document. Even if a statement is hearsay, there are many well established exceptions to the hearsay exclusion. For example, an admission by one’s opponent is admissible hearsay, because the party can offer evidence to try to explain the admission. Another is the “business records” or “shop-books” exception. Businesses rely upon the accuracy of data collection, entry and storage to make informed decisions, operate and make money. Properly kept business records are considered trustworthy because they are not made for purposes of having a self-serving answer, which are needed at the moment. In community associations cases, the lawyers must understand the business records exception to navigate hearsay objections.

When associations try to use their business records, one problem they experience is that the documents were made and kept by a director, community manager, accountant or other custodian who does not testify. The directors of a condominium or HOA constantly change. When members elect new boards, frequently they change management companies because of complaints about the former managers. Even within a “tenured” management company, there is significant employee turnover. A community association may have voluminous records, but no one may have personal knowledge about the making and keeping of many of them.

The business record exception to hearsay frequently arises in community association litigation. In 2013, the Fourth District Court of Appeal of Florida considered an appeal of a final judgment of foreclosure brought by Sebastian Lakes Condominium Association against Connie Yang and Frank Romero. Sebastian Lakes sent Yang and Romero letters stating that they owed over $10,000.00 in unpaid assessments and recorded a lien in the land records. Later Sebastian Lakes filed complaints to foreclose on the liens. The owners contended that the new property management company failed to accurately apply credits to the account in the records because the wife’s father made an advance payment of approximately $18,000.00 in 2008.

Yang and Romero also alleged that the association pursued the foreclosure and other “scare tactics” to retaliate against them for participating in an investigation into $100,000.00 in missing condominium funds.

At trial, Sebastian Lakes called one of the management company’s employees as a witness to testify and introduce an account ledger for the husband. The defendant owner’s attorney objected to the introduction because the plaintiff’s attorney laid insufficient foundational testimony for admission of the ledger under Florida’s business record exception. The owner challenged the association’s evidence on the grounds that they could not establish accurate balances to the owners’ ledger accounts prior to the current management company’s takeover. The owner contended that the new management company failed to accurately reflect a large payment made before the takeover. The owner contended that he stored a copy of the $18,000.00 casher’s check in his unit. He could no longer get into his condo unit. Note that the ledger amounts were submitted for their truth because the true dollar amount owed was in controversy in the foreclosure action. The trial judge cut the presentation of the owners’ evidence off after about 20 minutes and entered judgments of foreclosure in favor of the condominium association.

Yang’s and Romero’s appeal focused on their objections to the introduction of the hearsay HOA records. Under Florida law, the party seeking to use the business records exception must lay a foundation of witness testimony that (1) the record was made at or the time of the event, (2) the record was made by or from information transmitted by a person with knowledge, (3) was kept in the ordinary course of a regularly conducted business activity, and (4) it was a regular practice of that business to make such a record. The rule in Virginia is similar but not identical. The rules and practices for the business record exception vary in each state. I am not a Florida lawyer – I am using this case as an example. On direct examination, the condominium’s lawyer asked the normal foundational questions and the employee of the new property management company gave the expected answers. The trial judge overruled the owners’ objection that there was an inadequate foundation for use of the business records exception to hearsay. However, on cross examination the employee admitted that records from before the takeover were maintained by the prior accountant and she had no knowledge of how that prior accountant kept or maintained the ledger records. The witness could not explain how they verified the starting balances. Based on this testimony, the appeals court found that the introduction of the account ledgers failed to include a proper foundation of witness testimony for the use of the business records exception. The court reversed the judgments of foreclosure in favor of the association. Note that the cross examination revealed the foundation problem after the court overruled the hearsay objection. The opinion does not state whether the defendants’ counsel voir dire’d the witness or moved to strike the hearsay after the cross examination. Practitioners need to know how to properly handle such a situation should it arise to avoid waiving grounds to object to the hearsay specifically or challenge the plaintiff’s evidence generally.

Not all association records may constitute hearsay, and there are other exceptions to the hearsay exclusion other than the business records exception. However, in a HOA case everyone needs to be aware of how the business records exception works in that court system. The effect of this rule can cut both ways. Sometimes the owner may be the one trying to authenticate the books and records of the association for litigation use.

Often, associations use hearsay business records to enforce covenants or collect assessments where they bypass the evidence rules and the courtroom entirely. In Virginia (and many other states), to the extent that statutes and the declaration allow, associations can send owners notices of architectural violations, hold hearings before a board or committee, and decide whether to fine the owner without going before a judge who would impose the rules of evidence. Also, state statutes allow for associations to record liens for unpaid assessments without first obtaining a court judgment. When HOAs and condominiums take such action, often they rely upon business records that would require a proper foundation to be admitted under the hearsay exception in a court of law. These HOA and condominium statutes that allow for bypass of civil litigation is that they relieve associations of the challenges associated with turnover among the directors, management companies and employees. Yang and Romero successfully defended the assessment foreclosure action because the court rules for evidentiary foundations and cross examination uncovered that the balance used in calculation of the unpaid assessment amount was unreliable. Understanding the business records exception is essential to navigation community association litigation.

Be Safe When Property Disputes Coincide with a Public Crisis