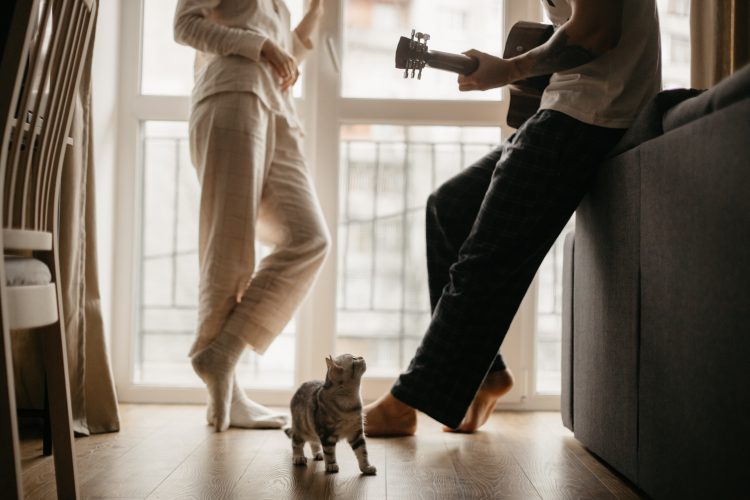 Many television sitcoms, such as Big Bang Theory, show apartment tenants having exciting dating adventures with each other. Some see the apartment building as a kind of university dormitory for adults, providing a forum in which to conveniently meet people without even going outside. Many condominiums or cooperatives are converted apartment buildings. In these communities, owners share the same hallways, lobbies, swimming pools, exercise rooms, laundry and other facilities that put them in close proximity with neighbors. This proximity can lead to dating, relationships, platonic friendships, or hookups. But relationships often sour. Should condominium unit owners date each other? This was the topic of a 1986 article in the South Florida Sun-Sentinel, “Failed High-Rise Romance Leaves Condo-Owner Stuck on a Limb.” Laura Kavesh and Cheryl Lavin’s article chronicled Jason, who lived across the hall from Beth, whom he started dating. They became lovers, but Beth would introduce Jason to others as, “the fellow who takes care of my cat when I’m gone.” Jason wanted the relationship to be exclusive. Beth insisted upon paying half of everything when they went out. Jason noticed that he could hear her door open and close when she went out by herself, and he could overhear her talking in her condominium unit when he stood waiting for the elevator. “During another wait – or should we say loiter? – by the elevator, Jason heard her tell someone on the phone that she was going to a party. So, Jason asked her to a movie and she said no without offering a reason. He heard her come home at 12:30 A.M.” Later, Beth stopped dating Jason and started dating Harry, another unit owner in the same condominium. But because Beth still lives across the hall from her, he didn’t get a clean break from the breakup, because he continues to see Beth and Harry come and go from her apartment. Harry considered moving but was not able to do so because the housing market was too slow at that time. The story of Jason, Beth and Harry illustrates some of the challenges and perils of dating a neighbor.

This Sun-Sentinel article didn’t touch upon other problems that can arise when unit owners become amorous. In a community association, residents and owners already have legally defined relationships, even before they become more than just acquaintances. Unit owners in a condominium or shareholders in a cooperative are essentially business partners, even if they don’t think about themselves that way. The governing instruments make them parties to a real estate “contract” or shareholders in a corporation tasked with important responsibilities regarding the repair, improvement and use of all of the property within the development. Each and every resident relies on the association’s performance of this “contract” for their unit to continue to be habitable. Some members will also serve on boards or committees who will decide whether to make certain repairs that impact some unit owners more than others, approval of contested architectural application, or whether to fine someone for violation of a rule. For these reasons, the members of an association in an apartment building may feel like it’s a college dorm but its actually more like a kind of workplace, replete with a hierarchy and mission statement.

Imagine how much worse the story could have been if Jason, Beth or Harry had been on the board of directors. What if Jason had been on the board, and started stalking Beth, and obstructed any effort by Beth to obtain assistance from management? What if Harry was the president, and Beth wanted the association to drop efforts to stop her from using her balcony for storage of her mail-order business inventory? What if two of them were on a three-member architectural committee and decided privately how to decide other people’s architectural applications?

In adulthood, it’s difficult for singles to meet each other, even with the availability of online dating. Adults spend long hours on their jobs. Most of the people they will meet will be people in the workplace or the neighborhood. That’s where they are living their life. I don’t think that anyone would think that it is appropriate for dating residents or owners in the same community association ought to be against the rules or a social taboo. But even in the absence of an absolute prohibition, conflicts of interest can easily arise that secretly impact the business of the association (and uninvolved people’s lives). Even though people are aware that workplace dating includes risks, they do it anyway.

So how is someone to apply common sense to this question? I think that anyone considering becoming personally involved with another owner ought to keep in mind that this person could one day be on the board, committee, submit a controversial architectural application, demand expensive repairs, violate leasing restrictions, or some other action which would involve the legal rights and duties of that person with the corporation, which could involve the other person at some point as well.  Someone could end up on the board of directors, and then have to decide a question involving a dispute between another owner or the manager and their new love interest. Also, sometimes unit owners have very close platonic friendships with board members which may be highly influential. A recusal or accusation of a conflict of interest may be appropriate. In many relationships, when things go sour, one or both people want to have as little to do with the other as possible. In the workplace or the community association, sometimes that becomes difficult, without quitting or selling. There are Fair Housing laws about hostile environments. In 2016, the U.S. Department of Housing and Urban Development adopted a new regulation governing “Hostile Environment Harassment” as a violation of federal fair housing protections. However, a claim for violation of Fair Housing laws can be easy to allege and more difficult to prove. When condominium residents date each other, at a minimum they take on the risk that Jason did, that he would later be living on the same floor as his unrequited love and her new boyfriend. At worst, there could be an acrimonious breakup, and the ex-boyfriend or ex-girlfriend could be in a leadership position in the association where they could make the living arrangement unbearable for their ex. In many cases, moving away may be an option. However, if the owner is underwater on their mortgage or their kids are in high school, moving away may not be quite so simple. When such disputes rise to a legal problem, the parties’ lawyers will have to carefully review the statutes and governing instruments to determine if there has been a breach of a legal duty or a conflict of interest taints a decision (or failure to decide).