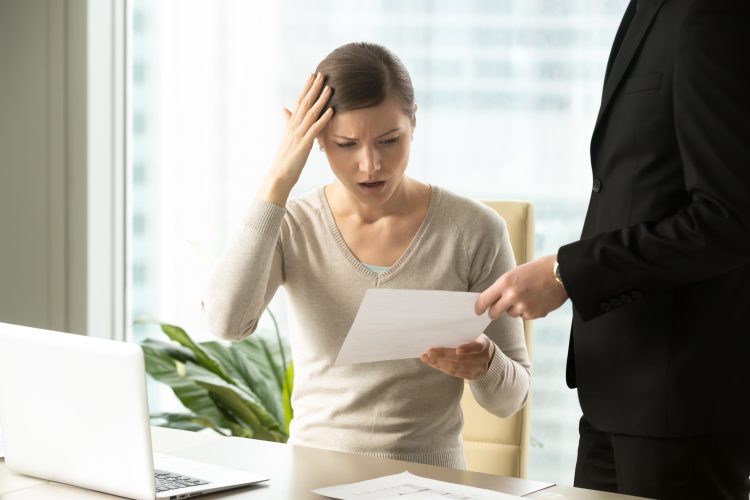 Virginia statutes provide enforcement remedies giving community association leaders great power over their members. Sometimes such powers are misused by submission of inaccurate statements in a lawsuit, notice, lien or certificate that harms the reputation of the owner or interferes with sale to a purchaser. For some, the scandal of being sued is what bothers them the most. In such instances, the owner wants both to win on the merits and also a remedy for slander or problems selling their property.

Use of false or misleading statements in a legal document seems worse than ordinary accusations or name calling.  In such instances, the owner may consider suing for defamation, slander of title, conspiracy, abuse of process or some other tort (and not just breach of contract or statute). However, if someone tries to sue someone for damages caused by defamatory material in a legal proceeding, they will run up against a defense of “absolute privilege” (sometimes called “judicial privilege”). According to this doctrine, a party who writes something offensive it in a lawsuit cannot be sued for defamation. Otherwise, every prosecutor who loses a criminal case or plaintiff who is disappointed at trial could later be sued for the impact of the unsuccessful suit on the defendant’s reputation. Without absolute privilege, many legal disputes would never end.

Absolute privilege is necessary for the operation of the judicial system of remedies. It doesn’t matter if the person saying or writing offensive matters in a court case wins or loses, its privileged against slander claims either way. The privilege only extends to words that are relevant to the matter in the case.

Here’s an example in a subdivision context. Walker Ware subdivided land in New Kent County and recorded a, “Road Dedication and Maintenance Agreement” requiring lot owners in the subdivision to pay assessments. Later, Ware changed the rules, raising the assessment from $200.00 annually to $5,000.00. The new rules provided that if the payment was made on time, the assessment would be discounted by $4,800.00. That’s quite a late fee!

Ware later took issue with a lot owner who paid less than $200.00 per lot (that owner claimed an offset for repairs he conducted himself). Ware sent the owner a letter threatening to file a “Memorandum of Lien” if the owner failed to pay the new, full amounts (now undiscounted because late). The prosecutor charged Mr. Ware criminally for extortion. Ware asserted absolute privilege, because the letter providing notice of a threat to record a lien was a part of a procedure under the Property Owners Association Act whereby the lot owner is provided notice in advance of the recording of a memorandum of lien.

In 2019, the Court of Appeals of Virginia ruled that the Circuit Court of New Kent County improperly denied Ware’s absolute privilege motion. Ware v. Commonwealth was an extortion case. Nonetheless, this doctrine sometimes comes up in mechanics lien cases, when someone thinks the builder is filing the liens vindictively (without regard for the merits of the lien claim) and the owner wants to sue for slander of title.

However, whether it is a lis pendens (a notice filed in the land records stating that the property is currently in litigation), a mechanics lien or a notice of assessment lien, such legal papers are protected by absolute privilege because they are a necessary precursor to, or part of a judicial proceeding. The privilege does not apply only to statements in lawsuits or by lawyers or parties in court.

If a prevailing party can’t sue on grounds of defamation, and an award of attorney’s fees doesn’t make them whole, then what other recourse does she have to such bullying tactics? The Supreme Court of Virginia took up this issue in an opinion issued on October 14, 2021, Givago Growth, LLC v. ITech AG, LLC. Those plaintiffs were unhappy about a lawsuit and recorded lis pendens (land records notice) that interfered with their sale of developed McLean, Virginia property. The lis pendens forced them to put sales proceeds into an escrow at the last minute.

After the lawsuit was dropped and the lis pendens withdrawn, the disgruntled sellers sued for malicious abuse of process, slander of title, tortious interference with contractual relations, and civil conspiracy. The Circuit Court of Fairfax County dismissed that entire suit on grounds of absolute privilege. The Supreme Court agreed that a lis pendens or mechanics lien is protected by absolute privilege because they are incidental to litigation. The lien is necessary to prefect a lien before it is enforced by litigation. A lis pendens merely publishes the existence of the lawsuit to people to search for land records of the subject property.

But the analysis does not end there. In Virginia, unlike some other states, absolute privilege does not extend to claims for malicious abuse of process, tortious interference with contractual relations, or civil conspiracy. Absolute privilege does not apply to non-defamation torts in Virginia. Trial lawyers like to sue on claims such as these, because unlike contract cases, torts may be able to support an award of punitive damages. Also, a suit or motion filed for an improper purpose can be the grounds for an award of attorney’s fees under the sanctions statutes. In a 2014 decision, the D.C. Court of Appeals observed that the trial judge may impose litigation sanctions for statements in pleadings that are otherwise protected by the judicial proceedings privilege.

One would expect a similar answer in the community association context. In Virginia, before a HOA can record a lien or file a suit for fines pursuant to the statutes, its agents must first send a Notice of Violation and later hold a hearing if the issue is not resolved. These are the kinds of litigation prerequisites that absolute privilege would likely apply, to the extent that they concern the proceeding. However, out-of-court processes and remedies are prone to misuse by some community leaders. Also, the statutes provide for recording of lien memoranda in the land records for assessments or fines. Such recordings can be followed up by suits or foreclosures. When these things are done for improper purposes, inadequate legal grounds or contrary to the statutes, they can have unfortunate effects upon the reputation, financial situation, or resale abilities of the owner.

Some false statements by HOA leaders may be grounds for a libel suit, but ones that are an essential step in a judicial proceeding aren’t. That doesn’t mean that the owner is without a remedy. A successful legal defense in Court can vindicate a lot owner who feels improperly targeted. Where legal disputes between boards and lot owners turn ugly, sometimes it’s easy for people to make allegations of defamation or malice when really the focus ought to be on prevailing on the merits or settling it favorably. Such a case may warrant an award of attorney fees to the prevailing party. However, in certain egregious cases there may be an additional award for the specific harm caused by malicious abuse of a legal process, tortious interference with a contract to sell the property, or some other tort. Such cases are rare because they can be difficult to properly prove. Malice is easy to allege but hard to prove. What seems egregious or malicious to someone affected may look more like ignorance incompetence to the judge or jury.

“Abuse of process” involves the misuse of a legal procedure to accomplish some purpose not warranted by the legal paper. According to the Supreme Court of Virginia, it’s an intentional perversion of a regularly issued civil or criminal process for a purpose different than what the procedure is supposed to be used for. For example, intentionally taking the deposition of a nonparty witness for no reason other than to harass them regarding matters not relevant to the suit. It is the misuse of the power of the court, where there is already a pending lawsuit and someone uses a procedure incident to such a proceeding for malicious purposes. Someone can’t be sued for “abuse of process” just because they are doing something wrong with respect to a legal proceeding.

In HOA disputes where emotions and risks run high, smart people stay focused on the basics: What do the statutes or governing instruments actually say? What goals of the parties are rational? What documentation or testimony is available should it go to trial? Until the legislatures repeal the statutes that give community associations out-of-court enforcement mechanisms that aren’t necessary for the use and maintenance of land and structures in residential developments, one ought to understand how these laws work and how to defend oneself against someone who may be willing to misuse them.