Home / Blog Archive / Community Associations / Do HOAs Have to Meet Openly During the Coronavirus? 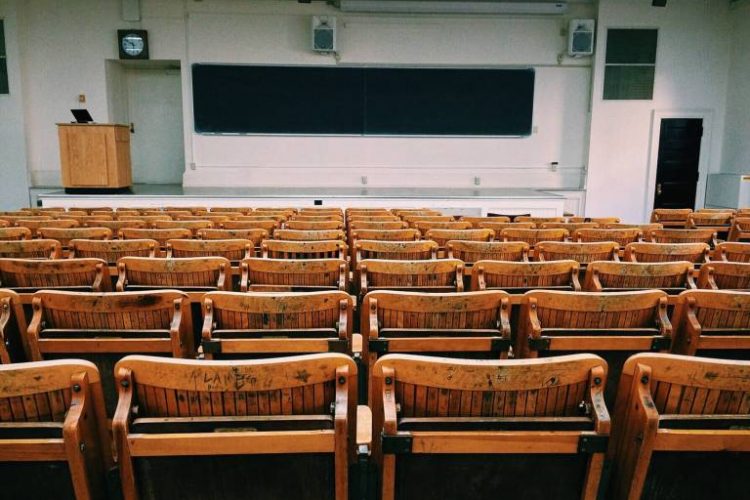 Landowners frequently complain that the board for their HOA or condo association makes important decisions in secret. Virginia law imposes significant “open meeting” requirements on community associations, allowing for attendance and participation by members. This is almost always in person. Open meeting laws can protect landowners from arbitrary or self-interested board action. The Coronavirus pandemic poses unique challenges to “open” HOA operations. State governments currently impose limits on the number of people that may legally congregate simultaneously in one place. Some states are starting to impose even stricter limits than the 10-person rule. The virus is easily communicable through sneezed or coughed droplets in the air. HOAs and condominium residents are at risk, especially older residents, who chose these communities because of the services offered. Older Americans tend to be more civic minded than younger citizens, and devote more time to community organizations, including HOAs. Residents have a civic duty to obey the mandates and recommendations of federal, state and local health officials to “flatten the curve” in the fight against the epidemic. HOAs provide important services to their members, especially at a time when many people confine themselves to their neighborhoods. In this hour, questions about the open or fair management of community associations ought not to be trivialized. Owners must pay their assessments regardless of whether they presently have income or HOAs responsibly spend the money. In condominium buildings, effective response to the threat of spread of Coronavirus may be a matter of life or death to the residents and perhaps the greatest challenge that board will ever face as a group. High-rise condominiums include shared, enclosed facilities such as elevators, hallways, fitness facilities, and so on. Owners may need to use enclosed common areas to access their units. The community association statutes and governing instruments generally do not consider how to carry on necessary business under such circumstances. So, this is an aspect of the epidemic that is below the radar for many people.

This blog post focuses on what Virginia statutes say and how lot and unit owners can protect their rights and determine their responsibilities with respect to the business of association boards and committees during the Coronavirus epidemic. I’m not going to focus on annual meetings or elections. I’m interested in owner interaction with boards and committees in the context of architectural approval applications, notices of violation, and direct negotiations between owners and boards. The following applies to HOAs that qualify as an “association” for purposes of the Property Owners Association Act or a condominium organized under the Condominium Act.

The Condominium Act and Property Owners Association Act obligate boards and committees to meet, deliberate, and make decisions in settings open to all members. Boards may not use “work sessions” or informal gatherings to circumvent statutory open meeting requirements (this is already a common practice despite the statutory prohibition). Boards and committees are supposed to provide owners with notice of upcoming meetings. Except for matters to deliberated in executive session, packets of information provided to directors and committee members are supposed to also be provided to owners who attend. Boards may meet in closed session during a noticed meeting, but such restrictions are only supposed to be used for attorney-client communications, personnel matters, litigation, pending contracts, and other statutory purposes. Any member may record a meeting using equipment. Boards can use telephone conference or video conference, but at least two members of the board are required by statute to be physically present at the noticed meeting place. Boards and committees may not vote by written or secret ballot.

Virginia statutes require boards to establish reasonable, effective, and free methods for lot owners to communicate with the association’s representatives. Declarations and bylaws also contain express or implied duties and rights for communications between boards and their members. There is no authority for boards to suspend their communications with members during an emergency. If anything, the existence of a health or safety issue of community concern ought to heighten such duties.
In Virginia, if the declaration allows for the board to impose fines for violations of covenants or rules, the member is entitled to a reasonable opportunity to be informed of the alleged defect and a period of time in which to correct or address it. Boards cannot simply shut off an owner’s use of a common area, facility or service because of an alleged violation when they don’t want to hold meetings. Before imposing fines, the board must provide the owner with notice of a hearing before the board or committee where defense against the violation may be heard. Virginia statutes state that HOAs and condominiums have a duty to provide owners with “due process” in the conduct of such hearings. While due process is a flexible standard, at a minimum it includes proper notice and the right to be heard. There is no statutory authority for dispensing with “due process” requirements because the board or committee wants to impose a punishment without a proper hearing, even if the documents require an in-person meeting.

Virginia law allows for associations to use technology in the conduct of their open meetings. However, few HOAs or condominiums are set up for this (yet). In fact, few city or county boards, commissions and authorities are set up for remote participation in public hearings. Many declarations and bylaws don’t provide for remote participation. Virginia law provides that if an owner doesn’t want to participate through technology, then arrangements must be made for them to participate “live.” So remote access is practically unavailable.

Homeowners associations that are also nonstock corporations are also governed by the Virginia Nonstock Corporation Act. The POAA and NSCA both have provisions with respect to board and committee meetings, but the provisions are not the same. Because the POAA is more specific to HOAs than the NSCA, courts are very likely to find that the POAA controls over the terms of the NSCA to the extent that they vary. However, case law also requires judges to make every attempt to harmonize, whenever possible, when two statute sections apply to the same set of facts.This already controversial in Virginia because when disputes arise between owners and boards over open meeting requirements, HOAs tend to cite the NSCA as authority and owners point to provisions of the POAA that support their arguments.

For example, the NSCA allows for boards to act without an actual meeting if each director signs a consent describing the action to be taken and delivers it to the corporation. Under the NSCA, if the articles of incorporation allow, the board may act without the written consent of all the directors if no less than a majority sign written consents. There are provisions in the NSCA for objecting directors to submit notices. Va. Code § 13.1-865 has specific requirements for actions by directors without a meeting. Use of this statute by HOA boards is controversial. The Supreme Court of Virginia has not ruled on whether or not the boards in HOAs that are also non-stock corporations can make use of this statute allowing for action without a meeting. I expect that this controversy to intensify as the Coronavirus crisis grows. It’s unlikely that the courts would construe 13.1-865 so broadly as to allow an exception to swallow the rule.

Many HOAs, large and small, conduct business to some degree without open meetings. HOAs are going to be under intense pressure to maintain and operate common areas and services without interruption and without contributing to the spread of the virus. As far as owners communicating with HOAs about individual concerns, I think that often they are not prejudiced by the lack of an open meeting. Some owners may have no reason to object to the failure of their HOA to not follow the open meeting statutes in particular instances. They want to get to a resolution with the HOA without delay. It’s the other owners who may be impacted by such a decision that may be prejudiced by the lack of open deliberations and an opportunity to be heard. So, an owner must consider whether they believe that insisting upon exercise of the open meeting statutes or related provisions in the governing instruments is in their best interests.

In the context of the Coronavirus, the lack of technological participation methods, and the open meeting statutes, it will be easier for owners to use legal counsel to postpone the decision of matters that require an open meeting to be convened in person. This means that “due process” hearings on notices of alleged violations of covenants and rules will be pushed back in many cases. That said, many HOA boards, especially those that don’t use lawyers or managers much will want to press forward with enforcement or architectural review matters because of the personal opinions of the officers of the association. Bullies will use any convenient circumstances to try to impose their will on others. At the HOA level of “government,” there are often conflicts of interest or personal animosities that play large roles in the dynamic of board-owner relations. The public health emergency isn’t going to make those conflicts go away, it’s only going to intensify the stress of the parties.

If a HOA or condominium fails to follow the statutes or its governing instruments in their procedural handling of making a decision, is the result legal? Under Virginia law, corporate actions that are legally deficient may be found to be “void ab initio” or merely “voidable.” A resolution is void ab initio if the board or committee had no authority to do what they did even if they followed all of the procedural requirements that would apply. In such instances, the result would be a legal nullity. If the board had the authority to do the kind of thing they were doing but performed it in a procedurally deficient matter, then the resolution may later be voided by a court or new board. The improperly procured decision may also be later ratified in a proper meeting. Its more difficult for an owner to challenge a voidable decision than a void one. Challenge to an action that is merely voidable is susceptible to litigation defense tactics than something that is an outright nullity. The parties may not know whether or not the action was legitimate, void or voidable without court review. Such questions are best considered with the advice of legal counsel.

All these controversies are going to occur while the parties may not be able to get a court to hear a petition for redress. Virginia courts are continuing “non-essential” civil matters, and there are no HOA exceptions. When the courts go back to hearing civil cases, there is going to be a huge backlog, and trial dates will be pushed out even further than they are now. It will likely take more than a year to get a trial date in many civil cases. Owners should consult with counsel if it seems that their HOA is improperly pressing forward with something prejudicial to them while the courts, schools and other businesses are closed.

HOA Regulation of Trees and Shrubs

Foreclosures and Evictions During Coronavirus