HOA Regulation of Trees and Shrubs 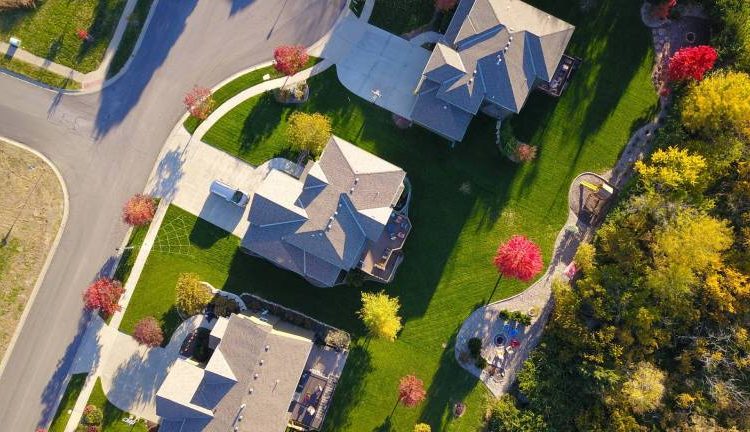 Spring is prime planting season, and many landowners are now making decisions on what landscaping changes they want for 2020. Trees, shrubs and other plants fill essential roles in residential subdivisions. They unlock the value of property by providing shade, screening, beauty, use transitions, and erosion control. Property owners like to control the planting, trimming and cutting of plants on their property. Disputes frequently arise between owners of coterminous lots (or with the HOA regarding common areas) over boundaries, trimming, aesthetics, obstructed views, or the effect of root systems on structures or improvements. Association covenants and local land use ordinances frequently regulate trees and shrubs less strictly than walls, fences or other contractor (or factory) creations. Nonetheless, HOAs frequently seek to force lot owners to remove, trim or replace trees or other plants that do not conform to the Board’s view on architectural harmoniousness. Disputes between HOAs and lot owners frequently arise in the context of landscaping issues ancillary to requests to approve additions, decks, fences or other proposed structures. In any subdivision dispute over vegetation, the threshold issue is the location of the existing or proposed trees or shrubs. Is the location entirely on a lot? Is it within an easement defined by a deed or declaration? Is it on a common area adjacent to an owner’s structure? Some trees sit on boundary lines or mark the corners of property, and specific legal doctrine applies to them. State laws and the associations’ governing documents typically grant boards substantial discretion in removal, maintenance, and replacement of trees on defined common areas.

Many owners, directors and committee members operate on mistaken beliefs regarding the authority of HOAs to regulate trees and shrubs on owners’ lots. The courts will look to the declaration, amendments and rules & regulations to determine what, if any authority the HOA may have. Many older HOA declarations of covenants do not contain significant restrictions on the cutting or planting of trees and shrubs or delegate the authority to the board to make rules and regulations regarding such things. Its common for the declaration to be mostly silent on such issues because the developer is not concerned about the long-term growth or disease of trees in the subdivision. Many years later, boards may struggle with tree issues. If the declaration (or valid amendments) are unambiguous or “clearly silent” on tree issues, then its easier for lot owners to determine the extent of their rights and responsibilities on such issues. However, many declarations are unclear in defining the scope of rulemaking powers or what changes require architectural approval. In Virginia or other states, the silence of the declaration on a topic may mean that the board does not have the authority to regulate it. Rarely, courts will find a restriction to be absent from the express language of the document but reasonably implied by the terms of the covenants. It is common for HOA declarations to specifically require committee or board approval for “structures or improvements” to property. Sometimes the term “structure” is well defined. In other instruments, the parties are left to try to determine from context what the terms “structure” or “improvement” means. Black’s Law Dictionary defines “structure” as “Any construction, production, or piece of work artificially built up or composed of parts put together.” In my opinion, a living thing such as a tree is not a “structure” because it isn’t put together by human hands. A tree would become a structure if someone cut it down and carpentered it into something such as a fence or playground. But a developer could easily lay down specific restrictions regarding trees or delegate authority to the board to make rules, enforce them in hearings or require architectural approvals by submission of plans to a committee.

To the extent that an association’s declaration and amendments do not regulate trees or authorize the board to regulate trees, this silence often will make the planting, cutting, or pruning of trees and shrubs by an owner on her lot largely “by-right” and only limited by common law considerations such as nuisance or encroachment. Sometimes HOA boards will adopt rules and regulations applying to trees and shrubs in the absence of legal authority to do so or enforce such things. The authority to make and enforce rules regarding trees is important, because in Virginia and many other states, the HOA cannot take advantage of out-of-court remedies such as fines, liens, foreclosures, suspension of common privileges or voting rights in the absence of clearly delineated authority. Otherwise, the board could end-run the amendment provisions of the declaration or statute by simply voting to enforce rules that aren’t in the declaration.

In the wording of some governing instruments, the lot owner may be held to maintain the plants on their property to substantially conform to the landscaping design originally adopted by the builder. However, it may be difficult for the owners or directors to determine what that design was and how it would apply to tree questions. Sometimes drawings are lost.

If the planting, cutting, and maintenance of trees in a subdivision is largely or entirely “by right,” then that makes it much easier for lot owners to use plants to maintain and develop their property as they see fit. A good example of this is with the use of arbor vitae or other vegetation to define a boundary between adjacent parcels or to soften the visual impact of a fence, wall or building. Some lot owners use arbor vitae near their boundary lines because you can grow trees taller than the height restrictions imposed on fences. In Virginia, an adjoining owner can trim branches up to the boundary line.  But the trees don’t have to be planted on the boundary line.

It takes time for trees and shrubs to mature and achieve their potential as screening or buffering between uses or adjoining properties. Lot owners ought to carefully consider the location and variety chosen (in addition to whether or not HOA approval is required) because if the trees die or taken down, it may take years for replacements to mature.

To untangle a tree law question, a lot owner may need to consult with a qualified attorney, surveyor, arborist or designer to avoid making decisions or failing to act in a manner that is prejudicial to one’s own rights. When HOAs in Virginia issue notices of violation or schedule fine hearings or architectural improvement requests, owners may only be given a few days to act in response to action by the board, committee, or an adjoining owner. Tree or shrub issues are not an inconsequential matter to which the owner should feel compelled to subordinate their interests to a board or committee in the absence of proper authority. However, agreements can often be achieved through negotiations that avoid the necessity of court review. Vegetation grows or dies, and consideration of an architectural application or notice of violation must consider the long-term effect of how one handles a tree dispute.

Be Safe When Property Disputes Coincide with a Public Crisis