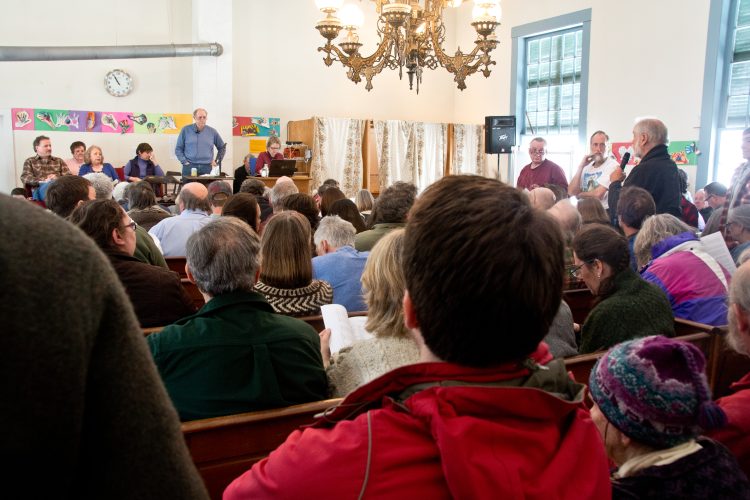 Many homeowners can tell that the boards and committees of their community association are making wrong decisions that prejudice their rights, but struggle to articulate the legal basis for why the decision is bad. Attorneys inexperienced with HOA law sometimes write demand letters to community leaders sprinkled with legal jargon such as “breach of fiduciary duty,” “arbitrary and capricious,” “lack of due diligence,” or “bad faith.” Sometimes, a problem has a clear answer, because a statute, contract or bylaw provides an unambiguous rule. However, statutes or governing instruments often give boards and committees some discretion in fulfilling their duties and exercising their rights. The board may have to decide whether to go with one management company over another. There may be differences of opinion as to whether roads must be resurfaced next year or in five years. The board may have to decide whether to buy play equipment aimed at toddlers or 5th graders.  HOAs frequently find themselves revising or applying architectural guidelines as the community ages and owners submit new applications. The establishment of a board or committee presupposes that they will deliberate and decide among various choices. Collective deliberation is supposed to produce correct decisions, or at least follow a process which, if followed, members will accept even if they disagree.

If the legal text provides a clear, unequivocal answer, its easy for the attorney to advise the client whether the breaching party could be successfully sued. Where the rules allow the board to make a debatable decision, and members have varying views as to the wisdom of that decision, one must consider what standard the court is likely to apply. Should the court defer to the board’s judgment, as the elected representatives tasked with making such decisions? May the judge substitute her own judgment for that of the board? Judges know that its important to apply appropriate standards in similar situations, so as to promote fairness and consistency. If they could pick their own dockets, many judges would not prefer to deal with many community association lawsuits. HOA cases tend to be quite acrimonious, involve obscure legal doctrines, and require extensive reading of lengthy written instruments. At times, it may be unclear whether the judge is applying a conventional interpretation of an established rule or is merely trying to rationalize a decision he sees as appropriate given how it will resolve the dispute. Legal methods vary in the many judicial opinions deciding legal challenges to HOA or condominium decisions or resolving covenant enforcements disputes. There are reasons why different standards appear in different cases, from “strict scrutiny” to more deferential approaches. Different legal doctrines may apply to the same legal dispute, from specific provisions of the community’s governing instruments or contracts, amendments to the state statutes, or ancient yet flexible common law doctrines. It is essential for a homeowner to have a basic understand of  judicial standards of scrutiny & deference in HOA matters. Otherwise, someone may mistakenly pick the wrong battle.

The first question is to determine whether the covenants and bylaws are clear or ambiguous. Where the terms of restrictive covenants (or really any kind of legal text) are clear and unambiguous, the duty of the court is to interpret them in accordance with their “plain meaning.” If the statute or covenant is ambiguous or vague, this will raise thorny questions. However, courts usually find the legal text to be unambiguous, and this makes it easier to identify the proper standard by which to evaluate the board’s action. In Virginia courts, there are three general standards of review applied by judges in community associations cases.

Doctrines of Plain Meaning, Strict Construction and Ultra Vires – When one looks to the governing instruments for an answer, and the instruments either provide a clear answer then principles of strict interpretation proscribe the HOA’s duty to act or refrain from acting in a certain way. The Association may not act in contravention of its governing documents. If it does so, such an act is void or voidable. Also, it the declaration enumerates a list of powers and certain things are conspicuously absent, then this may mean that the omission of such things from the text shows an intent to exclude such authority. Sometimes HOA boards to try to use architectural standards, administrative resolutions, committee charters, or handbooks to establish rules that are contrary to a statute or recorded instrument, or is not authorized by such instruments. The board can only exercise “business judgment” with respect to things that have been made its business by the operative language of the recorded instrument or statute.

Business Judgment Rule – According to the BJR, it’s not the place of the courts to second guess decisions that a corporate board is required to make in the performance of its duties. Exercise of the BJR will not be disturbed by the courts unless justified by those discrete facts that are properly pleaded and would justify judicial review, such as cases of fraud, bad faith, breach of trust, or gross mismanagement. Boards (and their advisers) are very attracted to the BJR because it is highly deferential to the HOA. HOA instruments often delegate broad authority to the boards with respect to the business of the development. Fraud, bad faith, breach of fiduciary duty, or gross mismanagement are easy to allege but difficult to prove. Application of the BJR requires the directors’ decision to be that of a business judgment and not a decision which construes and applies a statute, covenant or bylaw. The BJR is not a mega-doctrine swallowing up all the provisions imposed upon the board by the statutes or instruments. Its best not to pursue litigation against HOA boards on matters which clearly fall within the BJR. However, the instruments may be unclear, or they may clearly limit the board’s discretion. The BJR applies most naturally to decisions like which manager, landscaper or attorney to hire, when to replace the roof on the pool house, or what color to paint a shed. Its important to remember that the BJR is a doctrine imported into community associations from corporate law, where many decisions fall within either the “ultra vires” (void) or BJR categories. In corporate law, once a board power is treated as within its authority, it tends to become a part of the private affair of the management of the business. It is difficult to legally challenge decisions to which the BJR applies, absent an applicable covenant or bylaw, or the rare cases where fraud, dishonesty, criminality, etc. could be proven.

Rule of Reasonableness – The rule of reasonableness applies in HOA architectural control matters. Virginia courts strictly construe restrictive covenants because they are in derogation of the free use of one’s property. So one normally looks to whether the “plain meaning” of the restriction is ascertainable and violated in a particular instance. However, most HOA and condominium declarations contain additional provisions that require most architectural changes to the lot to first obtain approval from a board or committee. How do you reconcile notions of “plain meaning” and strict scrutiny” when the restrictions contemplate the HOA withholding or granting approval on a case-by-case basis?  The Supreme Court of Virginia has held that a restrictive covenant for a residential subdivision which requires consent to construction or approval of plans of construction, even though the provisions of the restrictions do not establish standards of approval, will be declared valid when such covenants apply to all the lots as a part of a uniform plan of development. But such covenants will be enforced only when there has been a reasonable employment of such restrictions. Architectural standards have been found to pass the rule of reasonableness where applied uniformly, consistently and in good faith for a considerable period of time. It makes sense for the board to be held to a higher standard in the formulation of architectural restrictions because, in general, restrictive covenants are disfavored and strictly construed. Most architectural restrictions require the owner to obtain approval from a board or committee prior to making changes to the appearance of the lot. The rule of reasonableness prevents HOAs from unreasonably withholding approval for unjustified reasons. Note that the standards that may apply under a reasonableness inquiry don’t have to be expressly set forth in the recorded instruments. Bear in mind that the “reasonableness” standard is informed by the meaning of statutes, covenants, standards, etc. An approach can be unreasonable even if the board, its advisers and friends in the community feel it is reasonable. The reasonableness standard prevents architectural controls from becoming some sort of free for all, whereby the committee and board members and their friends get what they want out of the process, and those who want to improve their properties in other ways have their applications unjustifiably denied.

Having different standards makes sense. The exercise of architectural controls in a community is a quasi-governmental function, and not analogous to managing a business. To apply the BJR in the making, applying and enforcing of architectural standards would create an exception that would swallow the general principle of strict scrutiny of restrictions on the free use of property.

In some states, the courts no longer apply the rule of reasonableness, and instead apply the BJR to all instances in which the board gets to make a decision. Also, even if judicial doctrine imposes a reasonableness requirement on architectural rulemaking and decisions, the governing instruments may be worded in ways that maximize the board’s latitude. Furthermore, whether the BJR or the rule of reasonableness applies, in either case the judge is permitted to consider various legal texts and evidence of the facts of the case to formulate an equitable remedy or apply a defense.  In a dispute between a HOA and its members regarding a decision, eventually the question will be asked whether strict construction, business judgment or reasonableness standard applies. Usually, the board will attempt to invoke the BJR or argue that the decision they made was required by the documents. For many property owners seeking to protect their rights, identifying the proper legal standard is essential. To take a case to trial, the owner will likely have to make a substantial investment of their time and resources. An owner will want to show that the board’s action fell outside of what it was allowed to do by the express language of the statutes or governing instruments, or that to the extent that exercise of discretion was called for, there are compelling grounds that there was unreasonableness, arbitrariness, bad faith, or self-dealing. Even where a fair interpretation of the governing instruments does not allow any board discretion, there may be other defenses that the HOA asserts, such as waiver, estoppel, laches, condonation, unclean hands, etc. that attempt to redirect the scrutiny back on the plaintiff. However, those kinds of defenses require a factually specific presentation at trial. Absent a clear letter or email that establishes such a defense, those kinds of defenses can be difficult to prove.

Does Civility Still Matter in HOAs and Condominiums?

Condominium Director Conflict of Interests and the Business Judgment Rule