Does Civility Still Matter in HOAs and Condominiums? 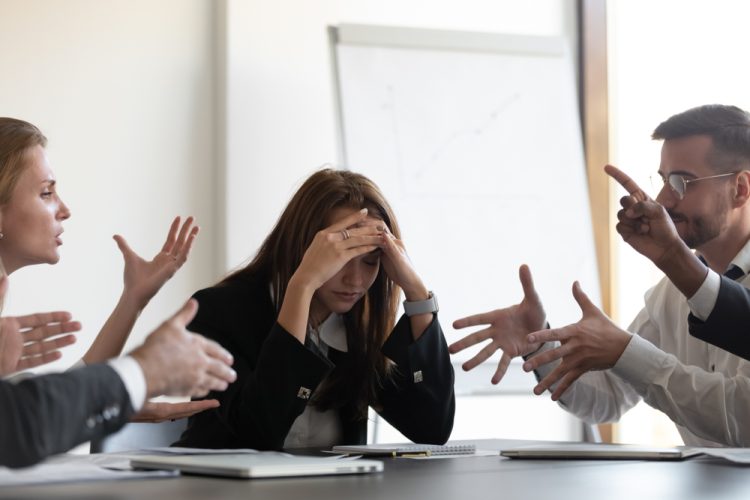 Community association disputes can become quite contentious. People will call others names or question their integrity in a board meeting. Others send “reply all” blasts attacking the ethics of neighbors, board members or managers. It is not surprising that emotions boil over in such communications, because everyone participating has some amount of “skin” in the game, be they a director called upon to make a vote, an owner who is more negatively affected than other members, or someone who is concerned that they won’t be able to pay a special assessment. Often people think that there are one or two bullies in the community, but the members don’t often agree which neighbor is the real bully. When a leader or neighbor seems to be ruining someone’s life or property, some people question whether notions of civility, decorum, mutual respect are still relevant. This reflects a larger discussion in the U.S. about the coarsening of manners and abandonment of civil discourse. As an attorney who counsels and advocates for property owners in HOA and neighbor disputes, the question of civility arises frequently. The question is most difficult in instances where there is one homeowner, whose use and value of their property is rendered practically uninhabitable because a majority of the board (and community members) do not want to take action to make sufficient repairs or alterations to the common elements so as to abate the problem (because it costs a considerable amount of money). Such a dispute can arise even if the governing instruments clearly delegate the responsibility to maintain the common elements to the board. For an owner whose home is being ruined, it is humiliating to have to listen to community meetings where a significant number of their neighbors are willing to jump on board with practically any idea or theory that could relieve them of the obligation to pay a special assessment so that the community can uphold its obligations to one or two specific other homeowners. In such instances, rational explanations seem to be fruitless. Sometimes, the “mob” is attracted to suggestions that the suffering party is to be blamed for their own misfortune. Some aggrieved parties feel they are being thrown under the bus by the majority in their subdivision, simply to save money. The HOA is a kind of “contract” among the owners, but sometimes the majority intentionally defaults on its obligations to one or two members, because they suspect that the party being damaged does not have the resources or capability to fight back legally. In other instances, there is a bully who is not on the board, but nonetheless uses unfounded threats to try to control their neighbors. In such situations, the notion of “civil discourse” can seem irrelevant because opponents are behaving in a selfish and irrational fashion, raising the question does one still have to be civil if everyone else is not.

The ancients taught three ideas that are important here. One is the golden rule: do unto others as you would have others do unto you. The second is what the ancient Greeks called parrhesia, which is the practice of speaking boldly for the common good, even if the act of speaking out is done at great risk to the speaker. The contemporary expression “Speaking truth to power” comes close to the idea of “parrhesia.” The third idea is to always behave as though “angels” are watching, and can come to one’s aid or abandon you.

People who are angry tend to believe that they are thinking clearly, and that they have identified the flaws in their opponents approach and are calling them out on precisely the issue that is determinative. But in reality negative emotions such as anger, fear, jealousy, envy and so on tend to distort one’s perspective on the world. Parrhesia is not lashing out at one’s opponent because they deserve it, or trying to cancel someone for taking unpopular views.

So is a landowner supposed to remain civil even if everyone else in the community wants to trample on their rights, in a way contrary to the governing instruments or statutes, because the group thinks that this protects their interests? Or do difficult moments call for bold speech or actions? I would say both are true. If you want people to be civil, you have to be civil, even if you are the only one leading the way. If a bullying tactic does not completely flatten the opponent, the opponent will likely engage in recrimination, and the cycle will continue. I think that there is a fine line between parrhesia and being a jerk (readers of Greek philosophy will appreciate this point). Sometimes that line is not much of a line. But the difference between being bold and being a bully matters a great deal. For one reason, the HOA meetings, social media posts, or the reply all email discussions are not the end of the road. Someone can bring a lawsuit to challenge or enforce a decision, or right a wrong. When that happens, the audio recordings of the meetings, the emails, the online messages, etc. become evidence of what happened. When the dispute goes from the HOA gathering and into the courtroom, the question becomes whether someone has a legitimate cause of action that entitles the claimant to a remedy or if this person is just using the HOA forum or the courtroom to lash out at something they can’t really change. If for no other reasons, people ought to behave themselves because a judge, arbitrator or jury may one say read what they said or did, and decide the case based on that. Sometimes seemingly intractable conflict has to escalate to a certain point before it can be resolved.

Lastly, if an owner feels that they are being bullied by a board, neighbor, or if they are being accused of being the bully, and such disputes intensify, then its important to seek the assistance of an attorney. The attorney’s job is to listen to people who are being deprived of their voice or their rights, and to help them sort out what is happening and what next steps may be legitimate options, and then help them take themselves there.