Reel Property: “The Attorney” and the Appearance of Justice

Home / Blog Archive / Litigation / Reel Property: “The Attorney” and the Appearance of Justice 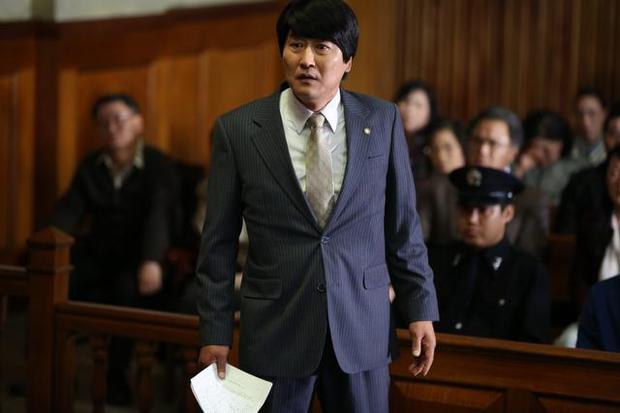 (This post is the second and final part in my blog series about the 2013 South Korean film “The Attorney.” Part I can be found HERE)

“The appearance of justice, I think, is more important than justice itself.”

Tom C. Clark explained in an interview why he resigned as a Justice of the U.S. Supreme Court. President Lyndon Johnson wanted to appoint Clark’s son, Ramsey, as U.S. Attorney General. The Constitution does not forbid a father from sitting on the Supreme Court while his son heads the Department of Justice. Tom Clark observed that although his son may not have anything to do with particular D.O.J. cases before the Supreme Court, the public would associate the outcome of the cases with the father-son relationship. The public develops its perceptions of the justice system more from news reports than personal experience. These perceptions help form the rule of law.

The 2013 Korean film “The Attorney” reminded me of Justice Clark’s interview. This film is loosely based on the 1981 Busan Book Club Trial. In that case, attorney Roh Moo-hyun, the future President of S. Korea, defended a young man against terrorism charges supported by a written confession procured by torture of the defendants. A few days ago, I blogged about the first half of this film which focused on the attorney’s success building a real estate title registration practice. Today’s post explores the court drama at the climax of the movie.

One evening, lawyer Song Woo-seok (pseudonym for Mr. Roh, played by actor Song Kang-ho) entertains his high school classmate alumni at a restaurant managed by his old friend Choi Soon-ae (Kim Young-ae) and her teenage son, Park Jin-woo (Im Siwan). Song gets into a drunken argument with a journalist who defends the motives of student groups protesting the 1979 military coup. Song is a high school graduate who studied for the bar exam at night after working all day on construction sites. He struggles to understand the students’ idealism. Choi and Park are disappointed and angry about the property damage from the fight at their restaurant.

In a later scene, Park Jin-woo attends a book club meeting, where female students flirt with him about romantic content in a novel. The authorities raid the meeting and secretly take the students, including Park, into custody. Mrs. Choi searches for him all over Busan, even visiting the morgue. After many days, the authorities informed her of Park’s pending trial for crimes against national security. Choi begs Song to defend Park. Song’s loyalty to Choi and his journalist classmate overcome his reluctance to accept a perilous, politically-charged criminal case.

When attorney Song and Mrs. Choi visit Park in jail, his fatigued body is covered with bruises. Song interviews Park and his co-defendants about their arrest and detention. They describe the sounds of the street they heard from inside the interrogation location. Song locates and explores the mysterious building.

When I started litigating real estate cases, attorney Jim Autry explained to me the importance of a discreet first-hand view of the property at issue, including value comparables supporting an appraisal. Song’s risky investigation of the decrepit building where the police conducted the interrogations reflect his real estate and construction background. This on-site investigation allows him to interpret the documents and witness statements and try the case with confidence.

2.   Verdict Preferences Develop Before Conclusion of the Evidence

This trial drama defies a conventional legal analysis because the verdict appears politically predestined. Attorneys going to the theater to see taut repartee under the rules of evidence will be disappointed.

The case is tried without a jury. Beforehand, the judge privately requests that defense counsel refrain from making a lot of objections and motions in front of the news media. The judge makes several early evidentiary rulings against Song and the defendants. Everyone anticipates a show trial imposing the political will of the military junta.

Song bravely transforms the case into more than a show of power.   In interrogation, the defendants signed confessions that they read British historian E.W. Carr’s “What is History?” in their book club. The prosecution presents an expert who testifies that this book is revolutionary propaganda. On cross-examination, Song shows that this is required reading in the leading universities in South Korea. Song also tricks the prosecution into admitting that the expert’s offices are in the same building as the government’s intelligence service. This challenges the independence of the expert’s opinions.

Song calls Defendant Park to testify. Park explains that he signed the confession after many days of torture by the police. When Song presents photographs supporting the witness’s testimony, the prosecution argues that the wounds were self-inflicted.

Even without torture, false confessions are a common problem in criminal justice. Virginia Lawyers Weekly recently reported that 1/4 of all convicted defendants later exonerated by DNA made false confessions. Feb. 17, 2014, “Untruth or Consequences: Why False Confessions Happen and What To Do.” “Good cop/ bad cop” routines intimidating young, vulnerable defendants often lead to “confession” of details introduced by law enforcement during interrogation. Id.

4.   Effect of Visceral Reactions of Courtroom Observers on the Trial Proceedings

Park’s testimony about the torture techniques brings the courtroom audience of family members and local media to tears. The authorities replace the families on the next day with a mob seeking a guilty verdict. Song’s examination of the police detective is a failure. The officer evades Song’s questions and lectures him about the threat of terrorism.

Just as the defense seems to peter out, Song and Park get a big break. Song meets the army medic used by the interrogators to keep Park alive during the interrogation. The medic courageously resolves to testify for the defendants about the nature and extent of the injuries. Song’s journalist classmate agrees to contact international media organizations in a desperate attempt to put pressure on the authorities about the medic’s testimony. The outcome hinges on the admission and credibility of the medic’s testimony.

Hollywood court dramas indulge their audiences with conclusive vindication. “The Attorney” reminded me that a system of justice is always a work in progress. Song evolves from construction laborer to moneymaking genius to litigator. Finally he becomes a civil rights leader motivated and tempered by his training and experience.

Song voice seemed frequently shrill during the trial. Perhaps a Korean speaker can comment on whether this was persuasive or detracting.

When a case turns into an uphill battle, attorneys sometimes rationalize that, “This could be worse.” The defense counsels’ role in the 1981 Burim trial must have been one of these worst-case scenarios. Average trial lawyers succeed for their clients when they can marshal favorable law and facts through in a legal system that works well. “The Attorney” presents an extreme case showing how courage, intelligence, loyalty and tenacity can earn the respect of colleagues, and in rare cases, a nation.

Perhaps Justice Clark would have respected Roh’s commitment. The villains in “The Attorney” see the criminal justice system as a blunt weapon and propaganda medium for use against critics of the military coup. This ultimately undermines the credibility of the legal system and weakens the rule of law. Attorney Song’s courtroom theatrics aren’t to make money or to cloak his personal insecurities. He takes risks out of deep loyalty to his client. Truth, not bullying, enhances the “appearance of justice.”