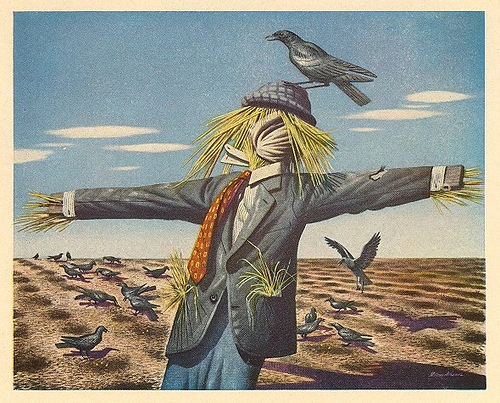 James Lytle and Martin Valadez ran a mortgage fraud operation. They submitted falsified applications and loan documents to mortgage lenders to finance the sale of real estate to straw purchasers. For procuring the purchasers and loans, Messrs. Lytle & Valadez obtained kickbacks from the sellers out of proceeds of the sales. See Mar. 15, 2009, “Amid Subprime Rush, Swindlers Snatch $4 Million.” Benjamin Robers was one of these “straw men.” Mr. Robers signed falsified mortgage loan documents for the purchase of two homes in Walworth County, Wisconsin. Lytle & Valadez paid Robers $500 per transaction.

Robers soon fell into default under the loans. A representative of the Mortgage Guarantee Insurance Corporation (“MGIC”) testified about its losses and those of Fannie Mae regarding one of the properties. American Portfolio held the lien on the other property. Robers pleaded guilty (as did Lytle & Valadez). In Robers’ sentencing, the Federal District Court based the offset value of the real estate on the prices obtained by the financial institutions in the post-foreclosure out-sales. The court ordered restitution of $166,000 to MGIC and $52,952 to American Portfolio.

What is restitution? Restitution is the restoration of the property to the victim. The term also encompasses substitute compensation when simply returning the defrauded property is not feasible. For mortgage fraud restitution, the outstanding balance on the loan is easy to calculate. More difficult is adjusting the loan balance for the foreclosure. In a criminal case, how much of an off-set is the defendant entitled for the home when the bank forecloses on it? On February 25, 2014, lawyers argued this question before the U.S. Supreme Court. Later this term, the Court will decide how to offset the foreclosure against the loan amount. Defendant Robers argues that the proper amount is the fair market value of the property on the date of the foreclosure. The government and the victim banks maintain that it should be the price that the bank actually sells the property to the next owner.

These questions came before the Court in Benjamin Robers’ an appeal from the Seventh Circuit Court of Appeals and the Eastern District of Wisconsin. Robers argued that the Court wrongfully held him responsible for the decline in value of the homes between the dates of the foreclosure and the out-sales. He wants the Fair Market Value (“FMV”) of the property on the date of the foreclosure to serve as the proper off-set amount in the restitution award.

Under the Federal Mandatory Victims Restitution Act, when return of the property to the victim is impractical, the monetary award shall be reduced by, “the value (as of the date the property is returned) of any part of the property that is returned.” 18 U.S.C. section 3663A(b)(1). In mortgage fraud, the real estate is collateral. Usually the lender does not convey real estate to the defendant in the original sale. Rather, the defendant defrauded the lender out of the purchase money. At what point during the foreclosure process is the “property” “returned” to the victim? In oral argument, some of the Justices didn’t seem entirely convinced that the statutory return of the property language even applies. Justice Scalia observed that the banks were not actually defrauded out of money; the money went to the sellers. The banks thought they were getting a borrower who was more likely to repay over the course of the loan than he actually was.

In Robers, the Seventh Circuit Court of Appeals agreed with the government and the financial institutions. The court pointed out that banks are in the money business, not the real estate investment business: “The two cannot be equated. Cash is liquid. Real estate is not.” Obtaining title to the real estate collateral at the foreclosure sale gives the bank something that it must take further steps to liquidate into cash that can be re-invested elsewhere. As the new owner of the property, the lender must cover management, taxes, utilities, insurance and other carrying costs.  Any improvements to the property likely suffer depreciation during any unoccupied period.

The Seventh Circuit observed that the Courts which adopt a contrary position ignore, “the reality that real property is not liquid and, absent a huge price discount, cannot be sold immediately.” What is the relationship between the liquidity of real estate and a Fair Market Value appraisal? Federal law contains a definition of FMV:

The FMV of property, “. . .  is not determined by a forced sale price.” 26 C.F.R. Sect. 20.2031-1(b) The price to liquidate property immediately would be a forced sale, and hence not represent FMV. An appraisal seeks to value real estate in cash terms. If the seller makes dramatic compromises on price to sell a property immediately, that same is not a good comparable sale in a FMV approach.

The Seventh Circuit decided that “Robers, not his victims, should bear the risks of market forces beyond his control.” A bank agrees to accept real estate as collateral for a loan on the premise that the loan application is not fraudulent. A bank is in the real estate investment business when it lends money under these circumstances. The risk that it may become saddled with a foreclosure property later is managed in its underwriting process. In the case of fraud, the “you asked for collateral, now you get collateral” defense is not appropriate. Participants in organized mortgage fraud will not be deterred if the restitution award includes no more than a deficiency judgment awarded in a civil case.

The Seventh Circuit equates “FMV at the foreclosure date” with “liquidation at the foreclosure date.” However, the FMV approach seeks to avoid the downward pressures on price associated with compelled liquidation. The Seventh Circuit does not discuss the FMV method in detail. They likely inferred that the financial institution lenders would incur carrying costs between the foreclosure and the future date when the market allows the property to be sold for near FMV. When a neighborhood suffers from a rash of foreclosures, appraisers may struggle finding useful comparable sales that aren’t short sales, deeds-in-lieu or foreclosures.

Daniel Colbert, blogger for the American Criminal Law Review, points out that the bank has greater control over how market changes affect the out-sale price than the defendant’s fraud. Nov. 26, 2013, Foreclosing Restitution: When Has a Lender’s Property Been Returned? If the victim still owns the foreclosed property at the time the court sentences restitution, does it get both the house and the full restitution award? Such a result seems unlikely with most institutional lenders. Justice Breyer suggested that in such a case, the court would require an appraisal if the lender doesn’t want to sell within 90 days after sentencing.

Unfortunately, mortgage fraud schemes like Lytle & Valadez’s occurred in Virginia as well. Financial institutions holding mortgages on distressed properties cannot wait upon the outcome of a mortgage fraud prosecution. They must timely represent the interests of their investors. When to foreclose and re-sell the property is a business decision. A Supreme Court decision in favor of the government would strengthen mortgages as an investment. Tougher restitution awards would deter perpetrators of mortgage fraud. Mortgage investors can mitigate their losses in mortgage fraud cases by documenting the expenses they incur as a result of the fraud. To the extent such a borrower has any ability to pay, he will heed a restitution sentence more than an ordinary deficiency judgment.

Reel Property: "The Attorney" and the Appearance of Justice

"Is This a Film?" Video Within Video in the Justin Bieber Deposition