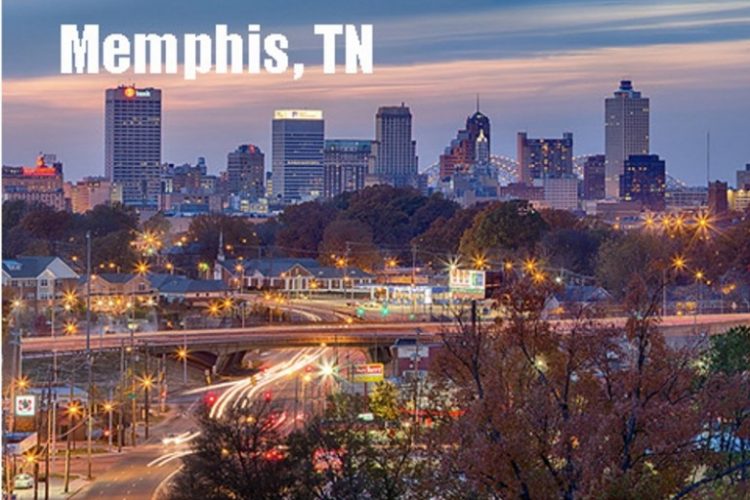 Disputes between individuals and HOAs frequently occur on the roads or sidewalks owned by the Association. The rights of way are usually the HOA’s largest budgetary and operational responsibility. The lot owners and their invitees rely upon the roads to access properties. State and local governments benefit financially by shifting the maintenance burden of the roads, sidewalks and drainage features onto an association that assesses dues on lot owners. Despite this public function, many associations or their residents want to use the roads’ “private” status to exclude undesired visitors or limit the roads’ use by lot owners. Representatives of the board may accost visitors as unwelcome. Managers may try to stop owners from communicating with residents on the sidewalks.

The declaration of covenants will contain provisions that define the respective rights of owners and the board with respect to common areas such as right of ways. By deed or “contract,” a lot owner may find that she has rights or duties with respect to these private roads that vary in scope or character from government-owned streets. However, owners are not the only parties that use HOA roads. HOA boards and committees are not the only authorities that regulate use of land in subdivisions. While the answers to most HOA problems are in the governing documents, sometimes broader legal principles apply. When do courts treat HOA roads or common areas as public forums for purposes of free speech analysis under the Bill of Rights? In July 2019, the U.S. Court of Appeals for the Sixth Circuit considered such a case.

5325 Summer Avenue Property Owners Association, Inc. owns Virginia Run Cove, a two-lane asphalt street in Memphis, Tennessee. The public uses Virginia Run Cove to access a gas station, a church, a federal government office, and, since May 1, 2017 a Planned Parenthood Clinic. John Brindley, who does not live or work in this subdivision, decided to stand on this private street near Planned Parenthood’s parking lot to share with others his pro-life, anti-abortion message. In his Complaint, Brindley explained that he wanted to speak with Planned Parenthood patrons about alternatives to abortion without having to shout at a distance. His Complaint states that he wanted to share his views about abortion, as informed by his religious faith, in a nonviolent and non-harassing manner. Planned Parenthood complained to the Memphis police department that Mr. Brindley was trespassing on a private street in front of their business. The police arrived. Based on Planned Parenthood’s explanation that this was private property, they instructed Brindley to relocate. Under fear of arrest, Brindley left.

Mr. Brindley filed suit against the City of Memphis and representatives of its police department for infringing upon his First Amendment rights because Virginia Run Cove functions as a “public forum” for purposes of Free Speech analysis under the Constitution. Mr. Brindley did not name Planned Parenthood or the Association as co-defendants.

The case went up to the Sixth Circuit Court of Appeals after the federal trial-level court denied Mr. Brindley’s motion for a preliminary injunction.

On appeal, the outcome turned on how “public” Virginia Run Cove is for purposes of the First Amendment. Brindley contended that the road was a “traditional public forum,” requiring the court to strictly scrutinize governmental restriction on speech activities. The City of Memphis contended that it was a non-public forum, and the courts ought to defer to the police department’s actions.

When property is privately owned, it is subject to the First Amendment in proportion with the owner’s authorization of public use. “The more an owner, for his advantage, opens up his property for use by the public in general, the more do his rights become circumscribed by the statutory and constitutional rights of those who use it.” Marsh, 326 U.S. at 506. Inversely, where a property owner invites the public for a more limited use, reflected in a utilitarian design facilitating only the specific commercial purpose of the invitation, the balance tips in favor of the owner, as the limited invitation results in the retention of some of the property’s private nature. See Lloyd Corp. v. Tanner, 407 U.S. 551, 569 (1972).

The district judge denied the motion on the grounds that at the hearing, Brindley failed to carry his burden of establishing that the present or historic uses of Virginia Run Cove made it a “traditional public forum.”

On appeal, the Sixth Circuit Court of Appeals took up the question of how “public” Virginia Run Cove is for purposes of the First Amendment. Brindley contended that the road was a “traditional public forum,” requiring the court to strictly scrutinize governmental restriction on speech activities. The City of Memphis contended that it was a non-public forum, and the courts ought to defer to the police department’s actions.
Under federal case law, there is a strong presumption that public streets are traditional public forums. Also, the Supreme Court has held that a street does not lose its status as a traditional public forum simply because it is privately owned. If the street looks and functions like a public right of way, it suffices as a traditional public forum regardless as to who may hold ownership of it. The emphasis in this analysis is on how the road, sidewalk, park or other public space functions in the daily commerce and life of the neighborhood or community. The Sixth Circuit summarized the judicial opinions regarding whether a private street is a traditional public forum according to a two-part test: (1) is the privately-owned street physically indistinguishable from a public street and (2) does the street function like a public street. If both of these criteria are met, it is a “traditional public forum.” The Sixth Circuit observed that Brindley did not need to prove the past and present history of the use of Virginia Run Cove because consideration of its objective characteristics is sufficient. The appeals court arrived at a different result because it applied the First Amendment with greater generosity than the trial-level court.

The Court considered the effect of recorded land instruments. Under the Constitution, courts do not defer to state-law definitions whether the street is a publicly dedicated right of way to decide whether it is a traditional public forum. However, if such a dedication exists, that may be used in support of a free-speech argument. The final plat of the development contained a certification of dedication of the streets for public use.
The Sixth Circuit found that Virginia Run Cove is a “traditional public forum” for First Amendment purposes. The City admitted that under a strict scrutiny standard, they could not identify a compelling governmental interest in excluding demonstrators. The appeals court reversed the denial of the preliminary injunction and remanded the case to the District Court. On October 15, 2019, the District Court entered a consent order enjoining the city of Memphis police from infringing upon Brindley’s constitutionally protected right of self-expression on Virginia Run Cove.

Notice that the HOA was not party to this lawsuit. The complaint and opinion don’t mention HOA involvement. However, this case illustrates how the legal status of HOA common areas affect the rights of visitors and residents. This can be confusing if someone tells a visitor that they must leave because the right of way or common area is “private property.” Bill of Rights protections might not apply. This is further confused by the fact that HOAs often enjoy status as a tax-exempt entity because they perform a public benefit by maintaining roads, playgrounds and other public open spaces that would otherwise fall upon the government. HOA roads, easements and playgrounds are commonly used by persons who don’t reside or work in the community.

When people feel threatened in the HOA or condominium setting, they often call the local police department. While the police may have the authority to detain, arrest or summon someone under certain circumstances, they may not want to get involved in neighbor disputes. Also, the accused will have constitutional protections against governmental officers not ordinarily available in civil disputes. Its often unclear to whom an aggrieved party ought to state their claims in the event of a dispute involving an association.

The growing body of case opinions defining privately owned roads or other open spaces as “traditional public forums” shapes the way that developers and HOA boards treat common areas and rights of way. Desires to have the government take over maintenance of roads for financial reasons runs contrary to restrictions on use for free speech. HOA boards may erect signage viewable to the public that may not be consistent with the terms of recorded instruments regarding the road or other common area. In fact, in some subdivisions, people may make a road or open space appear private when in fact the land instruments show that it is publicly dedicated. The signs may suggest that land is controlled by the HOA as a common area when in fact it is part of lots.

The City of Memphis did not attempt to appeal the adverse decision up to the U.S. Supreme Court. I see nothing to suggest that the Brindley case was incorrectly decided on appeal. This is good news, because every year more and more rights of way and park-like open spaces are developed as common areas of HOAs and condominiums. Citizens ought not to lose recourse to protections for speaking with others on public forums because they are developed as privately-owned land.

Do I Even Have a HOA?