Do I Even Have a HOA?

Home / Blog Archive / Community Associations / Do I Even Have a HOA? 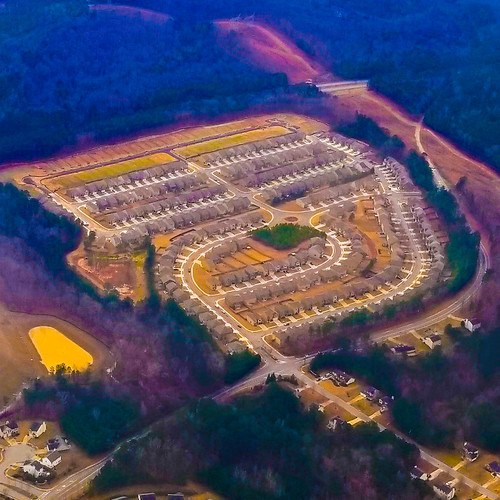 It’s usually clear to home buyers whether a HOA governs their subdivision. A well-maintained sign adorns the entrance. The community manager emails the buyer’s agent an official-looking disclosure packet. For many other landowners, especially in rural areas, it is not clear at the settlement table whether any HOA is active. Months or years after purchase, the owner may receive mysterious notices in the mail with demands to pay money or correct architectural features. This can come as an unpleasant surprise. The landowner may wonder whether this board or committee is for real or a rogue nonprofit. Does the owner have to obey the assessment or violation notice or can it be discarded as junk mail? The truth may not be revealed in the envelope enclosing the notice. The answer to this question is found by ordering a current title report for the property which will pull up all the declarations, easements, master deeds, amendments, plats, etc. This article focuses on problem solving for owners of lots in subdivisions. Questions about whether various legislative or bureaucratic acts are sound public policy fall outside the scope of today’s blog post.

Virginia courts treat the declaration of covenants as the “contract” to which all the lot owners and HOA are party. Recorded instruments may govern a lot even if the current owner didn’t sign anything, so long as the developer caused the covenants to encumber the subdivision. Courts enforce restrictive covenants where the intention of the parties is clear, and the restrictions are reasonable. In Virginia, restrictive covenants deemed doubtful or ambiguous are construed against the party seeking to enforce them. Without an act of the General Assembly facilitating enforcement, anyone (including the HOA) trying to impose the covenants against anyone else, likely must pursue several months or years of litigation with an uncertain outcome. Years ago, the General Assembly adopted the Property Owners Association Act and the Virginia Condominium Act. This legislation loosens the common law policies against restrictive covenants and provides procedures and powers that make it easier for a statute-qualifying association to collect assessments and enforce restrictions. For this reason, anyone that wants rules for the subdivision to be enforced without prohibitive cost, needs to confirm that the declaration qualifies for the POAA.

Whether the POAA applies matters in reality and is not a merely academic question or legal technicality. Without recourse to the POAA’s arsenal of remedies, the Association may not be able to impose and record fines through an internal hearing process for architectural violations and may be forced to bring a civil suit instead. The POAA allows HOA boards (where the declaration authorizes) to impose rules not stated in the recorded instruments on the community without amending the declaration. Without use of the POAA’s debt collection remedies, the HOA may abandon efforts to obtain assessments from owners because of fees associated with suing unpaying owners. Many abuses of power that cause consumers to complain about HOAs are enabled by these statutes that abrogate protections afforded to landowners under the common law.

The POAA includes the legal definition for an association or declaration to qualify for the rights and duties it provides. If the POAA doesn’t apply, there may still be a board or committee of some sort, but it will have less power. Without recourse to the POAA, covenants may still be enforceable, just not easily. The POAA “applies to a “Development” subject to a “Declaration.” To qualify under the POAA, the Declaration must contain terms such that the Association possesses both the power to (1) collect a fixed assessment or to make variable assessments and (2) a corresponding duty to maintain the common area. This must be expressly stated in the recorded documents and may not be inferred or implied. This legal test looks to what the recorded instruments say, not how things are actually functioning in the subdivision. For property to qualify as a “common area” under the POAA, it does not necessarily have to be conveyed, leased, or owned by an association. The POAA requires the court to construe how the declaration discusses any common areas.

This may seem like a simple definition that developers can easily fulfill by writing up the documents in accordingly. However, many declarations fail to meet this definition because they may impose on the lot owners the duty to pay assessments but fail to obligate the association to spend them on maintaining the common areas. Many developers may want to limit their maintenance obligations in the community while retaining effective control over the association. By failing to obligate the association to maintain the common areas, a developer may unwittingly put the community outside the POAA. This can be good or bad for a particular lot owner, depending upon how dependent they are on HOA services to enjoy their own lot. It is not always in a lot owner’s best interest for their subdivision to fall outside of regulation by the POAA. The POAA allows for reasonable attorney’s fees to a prevailing party. The lot owner may need to rely upon some other provision of the POAA to make their case. Sometimes, the aggrieved owner is the one who needs to enforce the covenants to vindicate their property rights. For example, if a lot owner needs the HOA to take responsibility for a problem with maintenance or operation of a common area, it may be counterproductive to undercut the boards authority to make repairs.

An “association” cannot unilaterally confer upon itself the POAA’s privileges simply by recording an instrument stating that it has the authority to assess the lot owners for common area maintenance and obligating the association to perform such maintenance. That would require an amendment. At common law, any amendment requires consent of 100% of the owners subject to the covenants. The POAA has its own “default” amendment provisions. Most declarations include amendment provisions that vary from the 100% common law requirement or the POAA’s 2/3 amendment provisions. Consultation with qualified counsel is necessary to determine what requirements apply. Lot owners must be wary about amendments because if the statute of limitations in the POAA for challenge to an amendment applies, the dissenting lot owner would need to file the challenge within one year of the effective date.

Do HOA covenants become unenforceable after lot owners get away with disobeying them for many years?  Under Virginia law, the right to enforce a restrictive covenant may be lost by waiver, abandonment or acquiescence in violations. The party relying on such waiver must show that the previous conduct or violations had affected the architectural scheme and general landscaping of the area to render the enforcement of the restriction of no substantial value to the property owners. This legal standard sets a high bar for asserting such a defense.

In Virginia, there are procedural requirements for sellers to disclose a host of materials to buyers, including the governing documents of any association to which the POAA applies. The seller does this by paying a fee to the association to send the buyer the materials. Then, the buyer has three days to review these materials and exercise a right to cancel the sale if they are not acceptable. However, the current disclosure system does not adequately protect buyers. Three days is insufficient for a buyer to obtain counsel to review and answer questions about the covenants. If there is something deficient about the disclosure process or dissatisfactory about the covenants, the buyer’s only remedy is to cancel the deal timely. Few purchasers ever do this. The practical effect of this disclosure packet system is to protect sellers and associations from subsequent claims of surprise by purchasers. For insurance purposes, the title company will provide the purchaser with a list of covenants, easements and other encumbrances on the title of the land. Few buyers pay attention to this information.

Virginia law requires associations to register with the Virginia Common Interest Community Board. These registration requirements obligate HOAs and Condominiums to submit annual reports of basic information about the association each year. However, a declaration of covenants may still be enforceable against a lot owner even if the association leadership fails to keep their registration current. Also, HOAs incorporated under the Virginia Nonstock Corporation Act must make submissions and pay fees to the State Corporation Commission each year to keep the corporate status from being cancelled. However, even if a HOA is listed as “automatically terminated” in its official corporate status, this is unlikely to nullify terms of the governing documents. Lot owners should consult with qualified counsel before disregarding HOA notices because they haven’t observed registration formalities with the government.

If covenants and easements pop up in the exceptions to a purchaser’s title insurance, it’s likely that lots in the subdivision are encumbered. This is not always a bad thing, when someone needs to be held responsible for maintaining roads and drains. Some people like the amenities that their HOA offers and want the restrictions to be vigorously enforced so that they don’t have to suffer what they consider eyesores. Other landowners are uncomfortable about paying assessments to a HOA who inadequately maintains the common areas and roads and enforces the covenants in an uneven and erratic fashion. Determining whether the subdivision and its association fall within the scope of the POAA, is essential for evaluating whether certain provisions are practically enforceable. Everyone wants peace of mind and a sense of certainty about what debts they are obligated to pay and what they can or cannot do on their land. Determining whether the association enjoys the powers and duties found in the POAA is the first step to achieving that peace of mind or taking the next step to vindicate their rights.