Activists Use Proxies to Change Their Community Associations 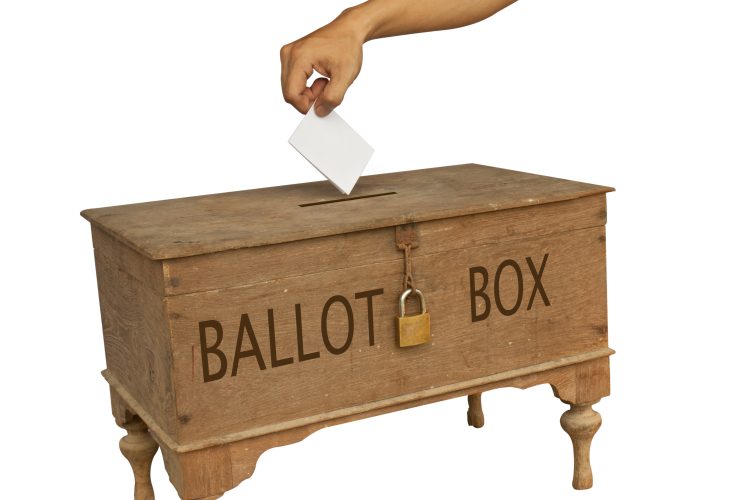 Proxies are the currency of power in HOA and condominium governance. Homeowners first discover such forms enclosed with meeting notices. Proxies allow the member to cast an instructed vote on an issue or chose among candidates. Proxies can also be used to delegate one’s vote to another person participating in the meeting. Sometimes proxies are used merely to establish a quorum. Virginia statutory law imposes rules for proxies. Most HOA or condominium instruments include additional rules. Owners whose associations are incorporated can also enter into a “voting agreement” with other mutually interested members to achieve common objectives. Incumbent leaders like to use proxies as means of maintaining continuity. The board enjoys an advantage in soliciting proxies because the management company works for them. Members who may not agree with the board majority can use proxies in elections or other business. Allied homeowners can explore achieving their objectives through elections and governance as an alternative to litigation. How do activists use proxies to change their community associations for the better? The validity of proxies can make or break an important vote. The board majority and opposition groups may compete for proxies amongst the same pool of undecided members. Understanding proxies is essential to “community organizing” in community associations. Proxies may be used in conjunction with efforts to override board action through a meeting of the members.

A proxy is not to be confused with a mail in ballot, although they may function in a similar way. A proxy is an instrument that designates a particular person, be it another member, a director or some other person the “representative” of the homeowner for purposes of an item of business or meeting. A “general” proxy allows the holder to do all the member could do at the meeting. General proxies are not always wise. The interests of the owner and the delegate are not necessarily aligned. With an instructed proxy, the designee is told how to vote. A proxy is not the same thing as an opinion survey. The latter solicits feedback and does not bind the decisionmakers. A proxyholder is an agent of the homeowner granting the proxy. Like any agent, the proxyholder is a fiduciary, for purposes of the scope of the agency granted.

The Property Owners Association Act, Nonstock Corporation Act, and Condominium Act allow for use of proxies in community association matters, unless the instruments for that community provide otherwise. Adult children who take care of their elderly parents may be familiar with the Uniform Power of Attorney Act. Unless the community’s instruments provide otherwise, homeowners are not required to sign a formal power of attorney instrument to designate a proxy. A proxy (or other delegation to exercise voting rights) ordinarily does not need to comply with the UPOAA. That said, POAs are one way of delegating voting rights.

Use of proxies is more regimented in condos than in HOAs. The Virginia Condominium Act states that,

The issue of revocability is important. Unit owners sometimes submit proxies and later change their minds before a meeting. In some associations, all owners are encouraged to submit a proxy of some kind, even if they plan on attending the meeting. This practice helps to ensure that business gets done.

Attempts to “pool” voting authority in a private entity to certain members acting as representatives of a “voting block” can be confusing. In an October 14, 2022 letter opinion, Fairfax Judge David Oblon considered whether members of an LLC who granted their voting rights to another member through an agreement, which is silent as to revocability, can unilaterally revoke their assignments. Voting agreements are also called “voting trusts” or “pooling agreements.” With stock corporations, a proxy is irrevocable only if coupled with an interest, made part of a voting agreement, or given as security. Judge Oblon discussed the legal principle that a “naked agency” is freely revocable, but if the agency is “coupled with an interest,” it is irrevocable. This distinguishes situations where the agent acts for the principal from those where someone gets the power to act as the principal. Judge Oblon distinguished between the shareholder agreement with a proxy. A proxy votes for someone. A voting agreement vested the assignee with the assignors’ voting interests.

The authority to vote in an organization is a feature of the membership interest. Whether a membership interest is freely assignable depends upon what kind of entity it is and the terms of its governing instruments (such as covenants or bylaws). LLC statutes allow voting interests to be severed from economic rights in the company. The nonstock corporation act allows two or more members to make an enforceable, written (or electronic) agreement regarding the manner in which they will vote. By contrast, membership interest in an unincorporated association is ordinarily not transferrable without the consent of the association itself (or as provided in its governing instruments). In a community association, be it incorporated or not, membership in the association is appurtenant to title to the home.

HOA or condominium association meetings in Virginia are governed by open meeting statutes that generally require all business of the association be conducted in properly noticed meetings that members can attend, record and speak at. When communities handle elections by mail in ballot or proxies, the actual election meeting may be sparsely attended, but it is still a meeting. If a vote is contested the homeowners ought to ask to review the votes and proxies cast to determine if there are any irregularity.

The use or exclusion of proxies plays a powerful role in the conduct of community association member meetings. It can be difficult to navigate a proxy contest without the assistance of someone familiar with the unique legal and practical features of HOA voting. Activists use proxies to change their community associations as a feature of an overall strategy of engagement and teamwork. In incorporated community associations, the ability to make a voting agreement allows groups of homeowners to pool their voting power in ways that is different from a proxy. The voting agreement is an underutilized means of achieving solidarity among similarly interested homeowners that is less cumbersome that soliciting proxies every time a vote is scheduled to be taken. A voting agreement is something that can be made as an electronic document.