Can HOA Boards be Overridden through Group Action by Owners? 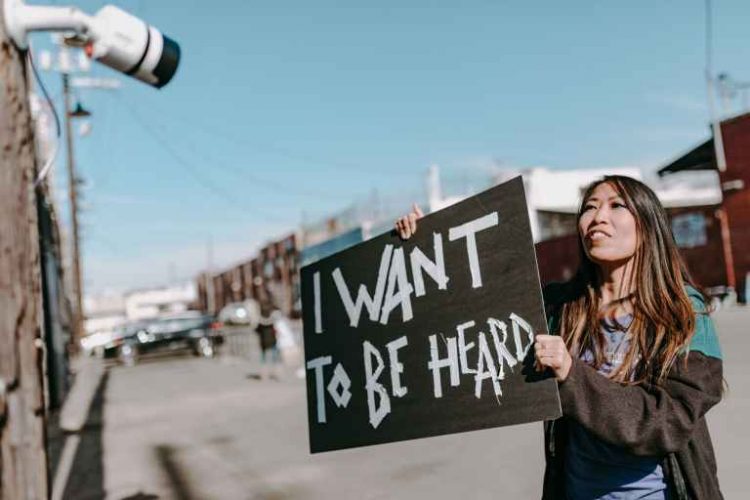 Many owners want to know what options they have to overturn bad board decisions without using litigation and when waiting to the annual director election isn’t an option. This raises the issue of what legally binding results “community organizing” can accomplish when the board majority appears to have already made up their mind. Many try to obtain signatures on petitions or shepherding supporters to appear at a board meeting. But it’s better to come up with something the board can’t disregard. Can HOA boards be overridden through group action by owners? The answer is “yes” but its not always easy or preferable to litigation.

Litigants can seek an injunction against wrongful activity or to force compliance with statutes or instruments, or seek a ruling that certain board actions were nullities. Some HOA leaders like to say things like, “Everyone gets a vote, no one gets a veto.” However, this is not true. While a landowner might not have standing to challenge every issue, a single owner has the right to enforce the governing instruments or statutes, even if everyone else in the community is fine violating them. Lawsuits don’t necessarily require the support of any other neighbors. Property rights only matter if they don’t have to bow to the will of the majority or those in control of the HOA’s business.

It’s important to understand what alternatives to litigation exist so that an opportunity to use them isn’t wasted. Every set of governing instruments and are different, however we can take a look at the Virginia statutes to get a few ideas of where one may be able to go.

Many people want to remove directors who are doing things they don’t like. However, removing a director outside of an election is difficult. Unless the instruments require a greater vote, a director may be removed if the number of votes cast to remove him constitutes a majority of the votes entitled to be cast at an election of directors. Va. Code § 13.1-860. Directors usually cannot be removed simply by a majority vote at a meeting with a quorum.

HOA boards and committees have to follow the recorded instruments. The Condominium Act and Property Owners Association Act allow for covenants to be amended by action by 2/3 of the owners unless the declaration provides alternative means of amendment. Va. Code § 55.1-1829(D ) & Va. Code § 55.1-1934(B). Many instruments allow amendment by a simple majority. Groups of association members who see their board doing wrong things usually don’t pursue this option because it usually requires hiring an attorney to make sure that the amendment is adopted properly. Groups of concerned owners sometimes don’t agree on what the amendment ought to say or how much effort ought to be put into adopting it. For these reasons, many owners feel that its easier to have their voice heard some other way. Also, time constraints may not allow for the delays associated with going door to door to talk to people about an amendment.

Sometimes, the owners want to challenge a board policy reflected in changes to the rules, regulations, policies, guidelines, or handbooks for the community. The Condo Act and POAA both provide procedures for the unit owners to convene a special meeting to repeal or amend any rule or regulation adopted by the board:

Except as otherwise provided in this chapter, the board of directors shall have the power to establish, adopt, and enforce rules and regulations with respect to use of the common areas and with respect to such other areas of responsibility assigned to the association by the declaration, except where expressly reserved by the declaration to the members. Rules and regulations may be adopted by resolution and shall be reasonably published or distributed throughout the development. At a special meeting of the association convened in accordance with the provisions of the association’s bylaws, a majority of votes cast at such meeting may repeal or amend any rule or regulation adopted by the board of directors.

Rules and regulations are different from the recorded covenants. The board cannot change the covenants simply by adopting a handbook to the contrary. That requires a formal amendment by the owners. Using the special meeting option to override the board’s regulations requires an activist to overcome neighborhood apathy and actually call and conduct the special meeting of members properly so that it results and a resolution that binds the board.

The 1995 Virginia Supreme Court case, Lake Monticello Owners’ Ass’n v. Jared L. Lake considers a situation where a lot owner tried to add rule repeal measures to the agenda of a lot owner meeting. The Lake Monticello bylaws allowed members to submit proposals appropriate for owner action to be included in the notices for the annual meeting. Mr. Lake and others submitted several written proposals for the members to change the rules and regulations. These owners objected to stringent board rules about guest passes, imposition of golf course expenses onto the general membership, imposition of fines, the appointment of a security force to be used as special police, and restrictions on lake access. The bylaws allowed the board to exclude from the proxy statement and meeting notice matters that were not the proper subject for action by members or if dealing with “ordinary” business operations. The HOA relied on these bylaw provisions to exclude Lake’s proposals, forcing him to sue. On appeal, the Virginia Supreme Court reconciled the bylaw with the POAA provision about member repeals of board rules. The Court found that the bylaws only allowed the board to exclude from the members meeting proxy and noticed matters which under the instruments were within the exclusive control of the HOA board.

The HOA argued that the business judgment rule gave the board the discretion to decide which of Lake’s proposals could be excluded or included on the meeting proxy and notice. The Court rejected this argument, because that bylaw was supposed to be construed and applied and did not afford a situation for exercise of business judgment. This makes sense, because to hold otherwise would require courts to defer to HOA’s interpretation of their own instruments instead of applying the plain meaning rule.

The HOA also argued that the things that Lake wanted to change were “statements of policy” and not the “rules and regulations” as referenced in the POAA provisions providing for lot owner repeal. The Court rejected this idea that the POAA’s limitations on board authority could be avoided by calling rules and regulations statements of policy. The Court observed that if a “policy” of a governing body is binding upon the future conduct of its members, it is treated as a “rule or regulation.” The Court found the policies at issue in Lake’s submissions were rules that bind the future conduct of the members and provided penalties for their violation, and thus the statute applied. As you can see, the Lake Monticello case is an important decision in understanding how the rights of lot owners in HOAs cannot be circumvented by such semantical exercises.

Sometimes controversial board action takes the form of special assessments imposed on the owners for an expenditure:

In addition to all other assessments that are authorized in the declaration, the board of directors shall have the power to levy a special assessment against its members if (i) the purpose in so doing is found by the board to be in the best interests of the association and (ii) the proceeds of the assessment are used primarily for the maintenance and upkeep of the common area and such other areas of association responsibility expressly provided for in the declaration, including capital expenditures. A majority of votes cast, in person or by proxy, at a meeting of the membership convened in accordance with the provisions of the association’s bylaws within 60 days of promulgation of the notice of the assessment shall rescind or reduce the special assessment.

A special meeting can be convened to repeal or lower a special assessment. This might be done to block the requirement to pay the assessment, to preclude the board from having the funds to spend on the controversial project, or both. Note the 60-day time window. This would require immediate owners to start focusing on notices and proxies almost immediately after the assessment is imposed.

This list of options to override the board in a legally binding way is not exhaustive, and the governing instruments of the association or practical considerations may provide other options.

My readers who are familiar with HOA business know that boards and committees frequently ignore statutes and controlling instruments that limit their discretion. Special meeting options don’t solve that problem. As the Lake Monticello case illustrates, an owner might have to use litigation to vindicate his rights to have the membership take up repeal initiatives at a meeting. However, covenant amendments and special meeting initiatives have much more legal traction than the ordinary petition with a list of supporting names. Can HOA boards be overridden through group action by owners? Yes, in many significant aspects they can. However, this is not easy. Litigation is the course of action usually taken because it’s in fact less onerous. But really the best way of dealing with these things is to make the most of the annual meeting. Have a large turnout, have people be educated, have good candidates and get the right people elected. However, its sometimes difficult to get apathetic neighbors to turn out to an annual meeting when their rights do not appear to be in the balance that day of the year. But it is useful to know the full range of options available when efforts to persuade the board don’t work.

(The photo associated with this blog post is a stock image used to convey themes and doesn’t depict anyone referenced in the article, referenced legal authority, or anyone or anything known to me the author)