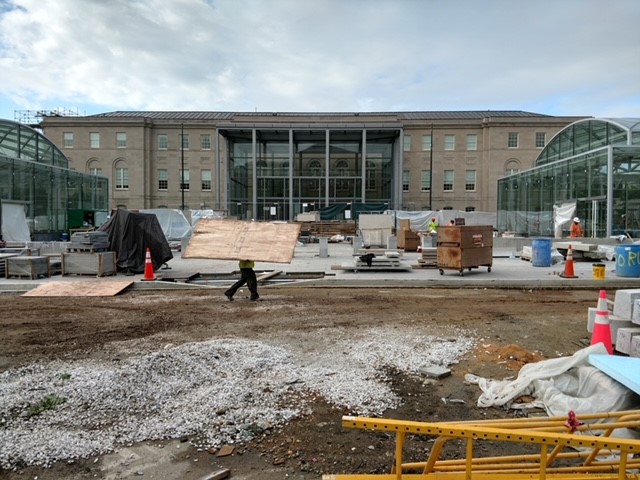 Many condominium unit owners experience water damage from leaks in pipes, walls or other common elements managed by the unit owners’ association. This happens in both new condominiums with construction defects and older associations with growing maintenance problems. Condominium associations have the privilege of controlling and the responsibility for maintaining the common elements. Unit owners must pay assessments to maintain the common elements, master insurance premiums, and other common expenses. The declaration and bylaws define the rights and responsibilities of the association and the unit owners with respect to the units, common elements and limited common elements. Although the unit owners hold title to the common elements as co-owners, the statutes and bylaws do not give unit owners rights to treat the common elements as their own. While the bylaws require the association to maintain the common elements, often the same instrument (or an amendment) includes a waiver relieving the association of liability for damages arising from a leak from a common element to a unit. Associations and unit owners often disagree over the scope of the liability waiver and the obligation to maintain. This is complicated by the failure of the association to properly fund its accounts through assessments.  While bylaw liability waivers may seem fair to the other unit owners voting for them or the boards relying on them, not all unit owners are affected in by a defect in the common elements in the same way. Efforts to keep costs down for the majority has the tendency to put particular units at higher risk later. Each condominium unit has a different location within the development. Just because something keeps costs down for most people, doesn’t make it intrinsically fair or wise. The District of Columbia Court of Appeals considered some of these issues in a May 2021 decision. Jennifer Baker owned a unit in the Chrissy Condominium on F Street, Southeast. Her unit began experiencing a severe water leak in May 2018 that forced Baker to offer her tenants free rent. Later the tenants left because of the water problem. The association ignored her requests for assistance. Ms. Baker retained a structural engineer who identified grading and waterproofing problems with the rear foundation wall that needed correction. This would cost in the range of $14,000.00 to $20,500.00. Ms. Baker passed this information on to the management company who said that they advised the association to complete the repairs to the foundation wall which was a common element. The association decided not to conduct the repairs because it would empty their reserve account. Ms. Baker could not sell, rent out, or use the condo unit herself because of the water infiltration problem. She could not unilaterally resolve the situation because the wall is a common element within the association. Baker sued the condominium association on a variety of claims related to the water infiltration problem, including damages for the diminution of the monetary value of her unit, pain and suffering, attorney’s fees and a request for an injunction that would require the association to complete the repairs. The D.C. Superior Court dismissed all of the claims. For reasons which are not clear, Baker did not appeal the dismissal of her claims for injunctive relief, damage to property values, and pain and suffering. With regard to the other claims, the association argued successfully in the Superior Court that the liability waiver in the condominium bylaws provided the association with a complete defense. That section, Provision 7.11, has language similar to that found in other condominium bylaws in D.C. and Virginia:

The Association shall not be liable for any failure of water supply or other services to be obtained by the Association or paid for as a Common Expense or for injury or damage to person or property caused by the elements or resulting from electricity, water, snow or ice which may leak or flow from any portion of the Common Elements or from any wire, pipe, drain, conduit, appliance or equipment.

Baker’s attorney argued that the association ignored other language in the Bylaws that expressly required them to maintain the common element wall. Baker pointed out that the association’s reading of the Bylaws, if correct, would leave Baker without any remedy for the failure to maintain this particular common element. Baker pointed out that there are other damages that arise out these actions beyond the damage to property resulting from water leaking from the common elements into her unit. Baker seems to be arguing for this liability waiver to be construed strictly or narrowly as an exception to a generally recognized duty of a condominium association to maintain its common elements. The Superior Court agreed with the association, ruling that the liability waiver language was not limited by the other provisions requiring the association to maintain the wall. The trial court and the association’s arguments relied heavily upon a 1998 D.C. appellate decision, D’Ambrosio v. Colonnade Council of Unit Owners. In that earlier case, the unit owner sued the association after a pipe burst and caused damage to the unit. The limited liability bylaw in Chrissy was functionally the same as the Colonnade Council’s instruments. The 2021 Baker decision, like the earlier D’Ambrosio case concluded that such liability waiver language does not allow the unit owner to recover for damage to the unit attributable to the deficiency with the common element. However, that’s not all that Baker sought in her lawsuit. Baker argued that the association’s persistent and continuing failure to repair the wall after timely notice resulted in extensive financial and emotional damage. This includes the diminished value of the condominium unit and the loss of rental income. Baker argued that these damages resulted from the failure to maintain and were not limited by the waiver language. In Baker, unlike some other cases, it was clear that the association was responsible for maintaining the thing at issue. The Court of Appeals rejected the association’s arguments that the consequential economic injuries alleged by Baker were not semantic reclassifications of damages from the water intrusion itself. The Court agreed with Baker that such damages could be traced to the association’s failure to correct the wall after it had been called to their attention. The Court found that the association’s obligation in the bylaws to maintain the wall was meaningless unless there was some way that breach of it could give rise to a cause of action with a legal remedy. The Court of Appeals concluded that the Superior Court incorrectly short-circuited this case before trial. The case is presently back in the Superior Court awaiting a new pretrial schedule. In 1989, the Supreme Court of Virginia considered analogous issues related to similar language in the instruments of the Ocean Owners’ Council in Virginia Beach. The Supreme Court held in the case brought by Arthur Nido that the liability waiver language was not void as against public policy, and effectively limited damages resulting from the events listed in the provision. However, like the D.C. Court of Appeals, the Supreme Court of Virginia also found that this kind of waiver did not completely absolve the association of all responsibility. The other language in the bylaws requiring the association to maintain the common element was enforceable. “This limitation does not leave the owners a right without a remedy. The owners retain the right to sue the Council for damages in instances where the damage arises from circumstances other than those enumerated.” The Superior Court’s dismissal of the claim for injunctive relief was not appealed. An injunction is an order by the court for the defendant to specifically do something or refrain from doing something. The liability waiver provisions limited the association’s responsibility for damages caused by the leaking itself, but that doesn’t prohibit injunctive relief, because as the court of appeals recognized, the provisions in the bylaws requiring the wall to be maintained must have some legal meaning. The duty to maintain the common areas and the exclusive right to manage them is what makes a condominium what it is, as opposed to some other kind of shared property arrangement. This is the justification for all of the debt collection tools that the D.C. condominium act gives the unit owners association. The District of Columbia’s laws regarding condominium unit foreclosure for the failure to pay assessments is much more board-friendly than the laws in Virginia and some other states. It makes no sense for Ms. Baker to lose her unit if she fails to pay her assessments, but there is no consequence if the association fails to uphold their end of the “bargain” reflected in the recorded bylaws. This is why unit owners and their attorneys ought not to give up if the association insists that the liability waiver provisions completely absolve them of all responsibility in the event that the failure to maintain causes a problem for a unit owner. Legal Authority: Baker v. Chrissy Condominium Association, 251 A.3d 301 (D.C. May 27, 2021) Nido v. Ocean Owners Council, 237 Va. 664 (1989) Media: The photo at the top of this blog post is something that I took with my cell phone camera of the back of the D.C. Court of Appeals during construction in June 2018.
Share
Previous Post

Can HOA Boards be Overridden through Group Action by Owners?