Milwaukee is in a Tussle with Banks over Zombie Foreclosures 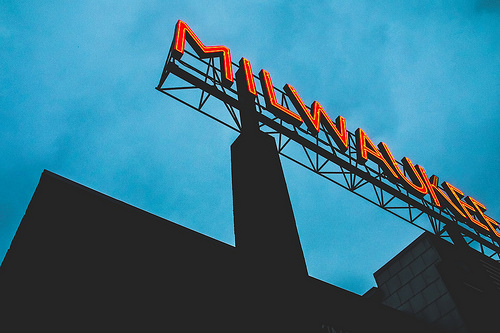 When an owner defaults on her mortgage, sooner or later she must determine if she is willing and able to keep the property. In my last blog post, I considered a situation where an owner might find their HOA attempting to force the bank to expedite a delayed foreclosure. In my opinion, neighbors and HOAs should not interfere with an owner’s bona fide efforts to save their home and avoid foreclosure. However, the owner does not always desire to keep the property. Some owners want their property to be sold to cut off their obligations to maintain the property, pay taxes, and HOA assessments. What rights does an owner have to force a lender to expedite the foreclosure? What interest does the city or county have to hurry up foreclosure? In Wisconsin, the City of Milwaukee is in a tussle with banks over zombie foreclosures. On February 17, 2015, the Supreme Court of Wisconsin decided that where a bank files suit to foreclose and when the court determines that the property is abandoned, the sale must occur within a reasonable period of time. The banking industry would prefer to postpone completing foreclosure if expediting things would force them to pay fees to acquire property they don’t actually want. Wisconsin Assembly Bill 720 currently sits on Governor Scott Walker’s desk, which if signed would give banks greater flexibility in delaying or abandoning foreclosures. Why are the banks seeking to amend the foreclosure statutes in response to this judicial opinion?

As Fairfax attorney James Autry says, an abandoned home is a liability, not an asset. Unoccupied residences can be victimized by vandals, squatters, arsonists, and infested by vermin. In the winter the pipes can burst, causing thousands of dollars of damage. Local governments struggle to collect taxes on the property and HOAs are not able to collect assessments and fines for the home. The abandoned homes may become an eyesore and affect neighboring property values. The hallmark of truly “zombie” properties is that no one wants them because their costs and liabilities exceed their value.

The subprime mortgage crisis transformed many properties in Milwaukee into “zombie foreclosures”. On April 11, 2016, Mayor Tom Barrett published an op/ed stating that there are currently 341 properties in Milwaukee that are simultaneously vacant and in foreclosure proceedings. He fears that if the governor signs the new legislation, the city would be forced to conduct tax sales and take ownership of the properties to remove the blight. In these situations, neither the owner, the bank, nor the city are interested in maintaining the home or expediting a sale. These homes are so distressed that the city and the banks are fighting over who doesn’t have to assume responsibility for them.

AB 720 came as a response to the very pro-municipality court decision BNY Mellon v. Carson. This case provides a good example of a “zombie” foreclosure. Shirley Carson put up her home on Concordia Avenue in Milwaukee as collateral to borrow $52,000 from Countrywide Home Loans. Wisconsin is a judicial foreclosure state where the bank has to file a lawsuit as a prerequisite to obtaining a foreclosure sale of the property. However, merely filing the foreclosure lawsuit does not transfer title to the distressed property. In Wisconsin, the court needs to order a sale. When Ms. Carson defaulted on her mortgage, the Bank of New York, as trustee for Countrywide filed a lawsuit for foreclosure.

The bank attempted to serve the lawsuit on Carson at her residence. The process server could not find her. He observed that the garage was boarded up, snow was un-shoveled and the house emptied of furniture. The property was burglarized. Vandals started a fire in the garage. The City of Milwaukee imposed fines of $1,800 against Carson because trash accumulated and no one cut the grass. The bank obtained a default judgment against Carson. Even 16 months after the default judgment, the bank still had not scheduled the foreclosure sale. At this point, Carson filed a motion asking the court to deem the property abandoned and ordering a sale to occur within 5 weeks. Carson supported her motion with an affidavit admitting the abandonment and describing the property’s condition. The opinion does not explain why Ms. Carson filed the motion. However, I assume that she did not want any more fines from the city. She probably wanted the sale to cut off her liability to maintain the property. The local judge denied the motion, deciding that Ms. Carson didn’t have standing to ask the court to expedite the foreclosure sale date contrary to the desires of the bank.

On appeal, the Supreme Court took a hard look at Wis. Stat. § 846.102, the foreclosure statute that applies when a property is abandoned. The bank insisted that the statute allowed them to conduct the sale at any time within five years after the five-week redemption period. The Supreme Court rejected this view and determined that the procedures were mandatory, not permissive. The local court has the authority to order the bank to bring the property to sale soon after the five-week deadline despite any preference of the bank. The court stated that the trial court shall order such sales within a “reasonable” time after the five-week redemption period. The appellate court did not specifically define what a reasonable period of time would be. However, Mayor Barrett’s op/ed suggests that this means much less than 12 months.

The Supreme Court of Wisconsin stated that the statute was intended to “help municipalities deal with abandoned properties in a timely manner.” It is not clear whether foreclosure sales would be expedited by the courts’ case management procedures or on the motions of the owners, lenders, or municipalities. This opinion does grant Ms. Carson the relief she requested. However, it was mostly a victory for local governments in their crusade against the Zombie Foreclosure Apocalypse by shifting its burden to the banks. In cases where the borrower contests a finding of abandonment, this opinion might strengthen the hand of the locality and weaken the borrower’s ability to contest the foreclosure proceeding.

Justice David Prosser wrote a concurring opinion which agrees with the majority’s outcome. However, Justice Prosser remarked that “the majority opinion radically revises the law on mortgage foreclosure” by the following:

The fundamental question posed by BNY Mellon v. Carson and AB 720 is who should bear the burdens of acquiring and holding these “zombie” properties. The banks’ interests in the properties are defined by the mortgage documents. They don’t want their rights to be diminished by the localities’ activities in the courts or legislature. The City of Milwaukee doesn’t want to budget to foreclose on properties it doesn’t want. Owners want to either save their home from foreclosure or give it up without facing more fines or HOA assessments. Justice Prosser’s concurrence appears to point to balancing these competing interests through the proven equitable principles that courts have applied to address crises for hundreds of years. Perhaps this can be used to protect the interests of owners. It will be interesting to see if Scott Walker signs the bill.

Laws provide local government with the power to foreclose on properties for failure to pay real estate taxes. If these localities want to expedite foreclosure, the could use those statutes or even lobby to have them streamlined. On March 1, 2016, the Virginia General Assembly enacted new legislation to address the issue of “zombie” foreclosures in the Old Dominion (thanks to Jeremy Moss & Leonard Tengco for alerting me to this). Senate Bill 414 authorizes local governments to create “land bank entities” that would use grants or loans to purchase, hold, and sell real estate without having to pay property taxes. These land banks can be set up as governmental authorities or nonprofit corporations. I’m interested to see how prevalent land banks will become and who will ultimately benefit from their participation in the real estate market.

UPDATE: Check out my April 23, 2016 “On the Commons” podcast with HOA attorney Jeremy Moss and Host Shu Bartholomew. We discuss the Zombie Foreclosure phenomenon and what it means for HOAs and owners.