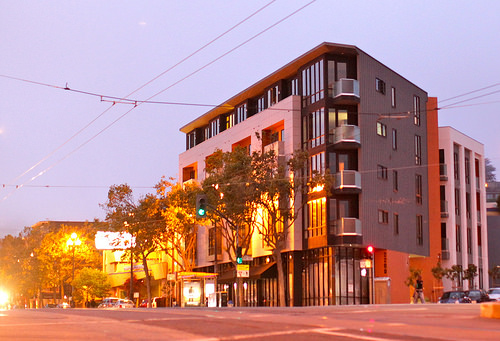 Freedom of speech is a hot topic in community associations. Some of these First Amendment disputes concern the freedom of a property owner to display flags, signs or symbols on their property in the face of board opposition. Conflict between association leadership and members over free speech also spreads into cyberspace. One such case recently made its way up to Florida’s Fifth District Court of Appeals. On July 21, 2017, the appellate judges reversed part of the trial court’s ruling in favor of the association. Howard Adam Fox had a bad relationship with certain directors, managers and other residents of The Hamptons at MetroWest Condominium Association. Several lessons here for anyone who communicates about associations on the internet.

The July 21, 2017 appeals opinion does not describe the social media communications and blog posts that gave rise to the dispute. I imagine that they consisted of personal attacks that may have been alleged to contain slanderous material. The details are left out of the opinion, probably with a sensitivity towards the persons discussed by Mr. Fox online. In general, I do not like the spreading of false, slanderous statements in personal online attacks. To the extent that Fox had legitimate grievances about goings on at the Hamptons at MetroWest, the character of his criticisms seems to have eclipsed any merit. There are usually better ways of solving problems than angrily venting them in online forums.

The board filed a complaint seeking a court order prohibiting Mr. Fox from, “engaging in a continuous course of conduct designed and carried out for purposes of harassing, intimidating, and threatening other residents, the Association, and its representatives.” The association alleged Mr. Fox violated the governing documents of the condominium by his blog posts and social media activity. The court granted an ex parte injunction prohibiting the alleged wrongful conduct. This means that the judge initially considering the case did not wait for Mr. Fox to make a response to the lawsuit. Later, Mr. Fox and the board reached a written settlement wherein Fox agreed to cease certain activities. The final order in the court case incorporated the terms of the settlement. Making terms of the settlement a part of the final order means that the association does not have to start its lawsuit all over again to enforce the deal. They just need to bring a motion for contempt if Fox violates the order. Howard Fox represented himself and did not have an attorney in the trial court and appellate litigation.

Soon thereafter, the association filed a motion for contempt, alleging that Fox violated the settlement and final order.  In the contempt proceeding, the trial court went further than simply enforcing the terms of the settlement. The judge forbade Fox from posting or circulating anything online about any residents, directors, managers, employees, contractors or anyone else at the Hamptons. The judge required him to take down all  current posts. If someone asked him on social media about his community, and he wanted to respond, he would have to call them on the telephone.

Fox appealed this contempt order on the grounds that it violated his First Amendment rights under the U.S. Constitution. The Fifth District Court of Appeals agreed. The trial court’s ruling was what is called a “prior restraint.” The contempt order did not punish him for past wrongful actions. It looked permanently into his future. Prior restraints against speech are presumptively unconstitutional. Temporary restraining orders and injunctions are “classic examples” of prior restraints.

The appellate court focused on the public nature of the type of speech the lower court order forbade. This makes sense. While an association is private, it is a community nonetheless. There is no real conceptual difference between online communications and other types of speech. Matters of political, religious or public concern do not lose their protected status because the content is insulting, outrageous or emotionally distressing. In a condominium, many matters of community concern could easily be characterized as political, religious or public. Federal, state or local rulemaking may impact the common business within the association. While community associations are “private clubs,” the things that members communicate about are mostly public in the same sense as town or city ward communities. To paraphrase this opinion, “hate speech” is protected by the constitution, unless certain very limited exceptions apply, such as obscenity, defamation, fraud, incitement to violence, true threats, etc.

This Florida appellate court found that the trial court violated Fox’s First Amendment rights when it ordered the “prior restraint” against him making any posting of any kind online related to his community. On appeal, the court preserved the rulings finding contempt for violation of the settlement agreement. So, Fox must still comply with the terms of the settlement. The case will go back down for further proceedings unless there is additional appellate litigation. Nerd-out further on the constitutional law issues in this case by reading the useful Volokh Conspiracy blog post on the Washington Post’s website.

The appeals court did not find that any covenants, bylaws, settlements, or other association agreements violated the First Amendment. This opinion does not mean that people cannot waive their rights in entering a private contractual relationship with each other.

Usually, only “state actors” can be found to violate the Constitution. An association is not a “state actor” because it is not really governmental. Here, the “state actor” in the constitutional violation was the trial-level court and not the association. What difference does it make? Ultimately, the courts, review the validity of board actions, determine property rights and enforce covenants. The association board requested relief that apparently lacked support in the covenants or the settlement agreement. To protect their rights, owners must understand when their board is doing something or asking for relief outside of its contractual authority.

There is one final point that the court opinion and the Volokh Conspiracy blog do not discuss which I want my readers to appreciate. Owners of properties in HOAs do not simply have a right to communicate with each other and the board. They have an obligation. The covenants, bylaws and state statutes provide for the board to be elected by the members. Members can amend governing documents by obtaining a requisite of community support. The non-director membership is supposed to be an essential part of the governance of the association. If the members and directors do not have an effective means to communicate with each other, then the community cannot function properly. Community associations can have thousands of members and residents. The may cover the acreage like that of a town or small city. The internet, in both password protected and public sites provides a convenient way for information and messages to be shared. Limits on an owner’s ability to communicate with her board or other parties to the “contract” prejudices her rights under the governing documents. I do not like covenants or bylaws that limit an owner’s ability to obtain information or communicate concerns within the governance of the association. Donie Vanitzian recently published a column in the LA Times entitled, “Freedom of Speech Doesn’t End Once You Enter a Homeowner Association.” She discusses proposed California legislation to enshrine owners’ rights to assemble and communicate with each other about community concerns. Ms. Vanitzian makes an important point that because speech may be deemed “political” should not justify management suppression. Having rights to participate in the meetings of one’s HOA without the right to talk about what is going on is like owning land deprived of any right of way or easement to the highway. While the new Florida opinion does not discuss this point, it is consistent with the basic values of the First Amendment.

torbakhopper pictures in the night : san francisco (2014) via photopin (license)(does not depict anything discussed in article)