Tag: Board of Zoning Appeals

Home / Board of Zoning Appeals 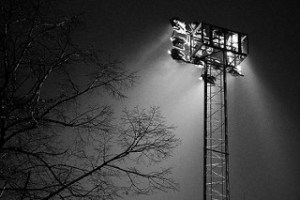 Can a HOA Represent Individual Landowners in Court without Their Permission? What gives an HOA or Condo Association standing to sue to address threats coming from outside the community, or to appeal administrative decisions by the government that affect the neighborhood? On April 22, 2016, the Circuit Court of Loudoun County issued an opinion that explains how an HOA’s power to represent its owners in the outside world is actually quite narrow. This case is important to anyone interested in the overreach of HOA powers. In matters involving real estate, the HOA only owns the common areas and easements granted in the covenants recorded in the land records. For an HOA to represent the interests of an individual owner’s property in court, specific authorization is required.

The Grenata Homeowners Association and the Evergreen SportsPlex are neighbors. Grenata is a 61 lot community in Leesburg, Virginia. Like many sports complexes, Evergreen SportsPlex uses powerful lighting to make its ballfields usable at night.  In many places, sports complex lights are intense enough that passengers taking off or landing can see games in play from airplanes from a high altitude at night. Many people in Grenata find the glare from the Evergreen SportsPlex a nuisance. Personally, I dislike having streetlight glare come into my bedroom or hotel room at night.  Loudoun County has a light ordinance that does not require residents to do this where the light problem reaches a certain point. I can understand why those owners brought complaints before Loudoun County, alleging that Evergreen SportsPlex violated the local light ordinance. (Pop star Cory Hart’s 1984 hit song, “Sun Glasses at Night” is the musical inspiration for this blog post)  The zoning administrator issued a notice of violation. Evergreen SportsPlex appealed and the  Board of Zoning Appeals reversed the decision, finding that the Evergreen SportsPlex lighting was compliant. The HOA and some of the individual owners appealed this adverse decision to the Circuit Court. The April 22, 2016 opinion of Judge Douglas Fleming rules on the County’s efforts to get the appeal dismissed without further litigation.

Much of Judge Fleming’s opinion addresses technical questions about whether the HOA or individual owners were effectively notified of the Board of Zoning Appeal’s decision and thus waived any right to appeal. The case also presents questions about Grenata HOA’s standing to appeal the Board of Zoning Appeal’s adverse decision on behalf of itself and its individual owners. Has Grenata rightfully interjected itself in this case if it is the individual owners who are impacted by the intense glare? There may be owners in the HOA who are not damaged by the SportsPlex lighting and would not stand to benefit from this litigation. The Court addressed Grenata’s claims of standing both as a property owner and as an owner representative:

HOA as a Representative Agent of Individual Homeowners:

Grenata HOA claimed to be an authorized representative agent of individual homeowners affected by this Board of Zoning Appeals decision. There are provisions in the covenants that authorized the HOA to bring lawsuits that the board deemed necessary. The Board of Directors made a written resolution specifically authorizing the appeal to be filed. The opinion does not discuss any provisions in the covenants that would specifically authorize the HOA to litigate on behalf of individual owners’ interests.

If Grenata succeeds on appeal, the owners living closer to the SportsPlex would benefit more than the ones living further away. All owners would be paying for this out of their assessments.

There is no provision of the Property Owners Association Act that specifically authorizes HOAs to appeal adverse land use decisions on behalf of individual “constituent” owners.

The Court found that there was no record in the Board of Zoning Appeal case that individual affected homeowners ever expressly authorized the HOA to pursue this appellate litigation on their behalf. However, since Grenata alleged in their appeal that there was, the Court viewed this as a factual dispute that would have to be resolved later on in the case.

The Court is making a subtle point about the limits of HOA powers. Just because a HOA Board of Directors decides that they want to pursue an appeal of a land use decision on behalf of several of their constituent owners doesn’t mean that they have the authority to do so. Only those individual landowners have standing to pursue the litigation unless they expressly authorized their HOA to do this. The language in the covenants is critical to assessing these authorization issues. The covenants could prohibit such actions by the board, with or without owner’s authorization, or they could provide specific circumstances where the HOA could do something like this without individual owner authorization. The analysis applied by the court appears to be in a situation where the covenants are silent on the issue.

In these types of cases it is usually best for the affected owners to retain their own counsel (either separate or joint representation, as appropriate) and explore these matters without involving the HOA. If an individual owner signs an authorization for the HOA to proceed, and the HOA Board is motivated to proceed, then the owner runs the risk that the HOA Board will pursue things in a manner in the interests of certain officers, the majority of HOA directors or owners. This could result in an outcome that might not be in the best interest of the affected owner. Also, many owners may be suspicious if the Board pursues legal action that is paid for by all owners but disproportionately benefits certain owners, who may be connected with board members. The case opinion does not delve into these internal HOA governance issues, so I don’t know if they come into play here.

HOA as an Impacted Property Owner:

Grenata HOA owned a few parcels of land approximately 480 feet from the SportsPlex, including a water supply and undevelopable “out-lots.” Grenata argued it had standing because it owned these nearby properties. The Supreme Court of Virginia has a test as to whether a neighbor has standing to challenge a land use decision:

The County unsuccessfully argued that these common areas did not adjoin the SportsPlex and thus were not in close proximity. The court found that 480 feet was close enough to allow the appeal process to proceed. On argument the County pointed out that these common areas were undevelopable and thus of little or no market value. The Court determined that such value was not relevant to this determination. The court determined that the HOA had standing to pursue the appeal on the grounds because it sufficiently alleged that it was a proximate owner alleging a particularized harm not suffered by the general public.

A cheeky argument that lawyers for Evergreen Sportsplex or the County could make, but isn’t discussed in the opinion is that the SportsPlex lights actually confer a benefit on the HOA in its administration of the common areas. HOA’s have an obligation to their residents and guests to keep common areas well-lit if necessary to promote safety. If there is an area where storm runoff accumulates, or parking lots or perhaps some roads, it may benefit the community to have electric bills for lighting paid by Evergreen.

The Grenata case is far from over. The Circuit Court may ultimately dismiss the appeals of the HOA, individual owners or both. In Virginia, the factual determinations of the Board of Zoning Appeals are presumed to be correct by the Court unless a party successfully rebuts the presumption. The burden rests on the HOA and owners to show that the Board of Zoning Appeals made an incorrect determination.