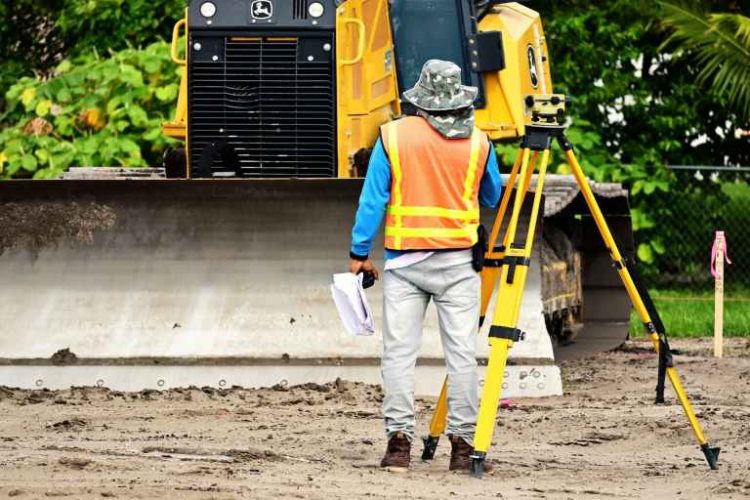 When landowners purchase real estate, they get the opportunity to obtain a land survey or to save a few hundred dollars by avoiding it. During the home buying process, purchasers’ financial situation is usually stretched to their utmost limit. The owner may not understand the value of paying $200-$600 for a survey plat when there is no known issue that would be addressed by the boundary survey. But checking out “known unknowns” is an important part of buying real estate. Relinquishing the opportunity to obtain a survey before purchase is often at the buyer’s peril.

A home inspection may reveal defects in the construction or maintenance of the home that could cost hundreds or thousands of dollars to remedy. The title examination process conducted by the settlement company reveals the legal description of the property and any title problems that may exist. However, there are basic questions about what the buyer actually obtains for the purchase price that can only be answered by a land survey that reflects the findings of a title search and proper field work. For example, fences, walls, shrubs and driveways may give misleading impressions of  the boundaries. Such impressions may be at odds with the dimensions of the lot as shown in the subdivision plat.

A lot may be encumbered by a pipestem driveway easement serving a lot behind the property and the location of the paved portions, trees and fences around the easement may encroach into the easement or the driveway veers off the easement. Legal disputes frequently arise between the owners of pipestem lots and the properties across which their driveways run. Purchasers are often attracted to lots adjacent to HOA common areas or public parks because many people would rather see a wooded area, pond, or creek behind one’s house, instead of other people’s backyards. However, whether publicly or privately owned, park-like areas are attractive to joggers and hikers in the neighborhood who might find it easier to cut across someone’s lawn rather than exit the woods through an established walkway. Property owners frequently use fences or shrubs to define boundaries, but it may not be apparent where one can place such things without a survey that shows the locations of boundaries and easements.

Surveys are essential to evaluating how local government zoning laws or HOA protective covenants restrict the erection of fences, trees, walls, sheds and play equipment. If a lot is on a corner, it probably has two sides that the county and/or HOA would treat as a second front yard, despite the orientation of the house and driveway on the lot. Whether a yard is deemed front, side or back may makes a big difference in determining options regarding fences and other structures. For example, owners typically cannot place tall privacy fences in yards fronting a road without written permission.

The inclination of many people is to maximize the use of their lot by constructing additions, porches, decks, outdoor living areas, treehouses, storage structures, driveway expansions, and so on to make their property more useful. However, public and private land use rules (zoning laws and HOA standards) typically make it easier to put things behind the house and more difficult to clutter the front yard. A survey can show the location of the boundary lines and the existing distances between the sides of the house to the boundaries.

In working with a surveyor, its important to know how to “shop” for the kind of survey that is most useful to the lot owner. Its easy for a surveyor to take a copy of the subdivision plat and the most recent deed, stop by the house for a few measurements, and reflect the current location of the house on the lot on a new survey. This is typically the cheapest kind of survey because it reflects a minimal effort to update previous surveying work. What is more useful is a boundary survey made that reflects any easements previously recorded. When a survey states on its face that no title report was furnished, that means that there could be an easement that reflects a substantial encumbrance or limitation on the owner’s ability to use the property the way she wants, but the plat doesn’t reflect that. It’s a kind of disclaimer that the survey has limited value. Obtaining a title report and providing it to the surveyor isn’t hard, but it’s a step that usually isn’t taken unless the owner requests it. Even if the buyer doesn’t obtain a proper survey before going to the real estate closing, it’s possible to get a title report and have a survey prepared at any time.

As an attorney representing lot owners in a variety of disputes involving neighbors, co-owners, HOAs or contractors, obtaining a survey is frequently the first “next step” discussed to properly evaluate the legal dispute so that we know where we are going. The survey informs the owner what they actually own subject to  defined restrictions such as easements. This means that the owner can make informed decisions when it comes to adding or removing structures and plants to the property. Many people faced with a legal dispute want some answers that do not cost thousands of dollars. Sometimes a title report and survey focus the issues in ways that make it easier to resolve or prevent legal disputes.