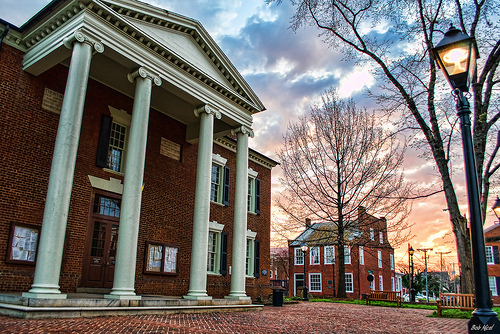 Experienced trial lawyers know that judges disfavor parties using litigation as a means of inflicting extra punishment on their opponent beyond the outcome of the case. Lawyers and their clients are supposed to use claims, defenses, motions and other procedures for their intended purposes of working justice. Real estate and construction litigation is an emotional process. In real estate and construction cases, the property at issue represents the owner’s home, business or retirement. In the courthouse, there is a fine line between seeking justice or revenge. In a November 12, 2015 opinion, the Supreme Court of Virginia found that a real estate investor crossed the line into impermissible vindictiveness. The plaintiff sanctioned for intimidating lawsuit.  The Supreme Court upheld an award of sanctions rendered by the Circuit Court of Albemarle County in the investor’s dispute with his ex-girlfriend. When a party is trying everything they can to resolve a dispute quickly and decisively, knowing where one might find the boundary into sanctionable territory is crucial. Even savvy people can find themselves in intractable litigation. This case opinion contains valuable insights for self-protection.

Mitchell Kambis was a real estate broker, home designer and developer who passed away at the age of 71 in October 2015. According to an informative article by Peter Veith in Virginia Lawyer’s Weekly, Kambis restored the historic Empire Theater in Richmond. His obituary states that he attended law school but does not indicate whether he graduated. Kambis was in a romantic relationship with April Considine for over 11 years. Kambis and Considine formed Villa Deste, LLC for developing 130 acres in Albemarle County. To finance the investment, the couple borrowed over $2 million from Considine’s mother. At some point, Kambis transferred all of his ownership interests in Villa Deste to Considine, making her the sole owner. After the couple broke up, Kambis brought a 19 claim Complaint against Considine and her mother over the real estate.

The parties engaged in substantial motions practice over whether the lawsuit brought by Kambis alleged facts sufficient to support the multitude of requests for damages and other remedies. Considine filed a motion for litigation sanctions arguing that the suit was not warranted by existing law and was simply to harass. The Albemarle County Circuit Court threw out some but not all of the claims in Kambis’ lawsuit.  Kambis and his attorney overcame the initial obstacles and got their case scheduled for trial.

As frequently happens in intractable cases, the parties filed a multitude of pretrial motions. Brevity prohibits me from describing them all and how the Court ruled at each stage. The court opinion described a pattern whereby Kambis brought claims or motions, would drop them, and later bring them up again.  12 days before trial, Kambis’ lawyer succeeded in getting the court to allow him to withdraw from the case. A few days later, the now lawyer-less Kambis voluntarily dropped claims for battery and intentional infliction of emotional distress. The Court refused to allow Kambis to voluntarily dismiss his claim for fraud because of Considine’s counterclaim.  At some point, Kambis asked for the trial to be postponed because his case was too complicated for him to handle without a lawyer.

Eventually, the Court awarded Considine sanctions in the amount of $64,319.38 against Kambis’s original lawyer. The Court also awarded $84,541.61 against Kambis personally, finding, “a certain level of intent to intimidate Ms. Considine in this particular case.” Kambis ran up the costs of the litigation, including attorney’s fees. The Court further held Kambis responsible for the “costs of the trial and going forward.”

Virginia law distinguishes an award of attorney’s fees as a litigation sanction under Va. Code § 8.01-271.1 from prevailing party awards. This statute can provide for attorney’s fees regardless of the type of claim or defense brought and what the parties may have agreed to in writing. Courts in Virginia have strictly construed this statute, only applying it in extraordinary circumstances where its key provisions are met:

The signature of an attorney or party constitutes a certificate by him that (i) he has read the pleading, motion, or other paper, (ii) to the best of his knowledge, information and belief, formed after reasonable inquiry, it is well grounded in fact and is warranted by existing law or a good faith argument for the extension, modification, or reversal of existing law, and (iii) it is not interposed for any improper purpose, such as to harass or to cause unnecessary delay or needless increase in the cost of litigation.

In expensive, unsettled disputes eventually one party has their legal arguments and factual presentation rejected. The question may arise whether their pursuit or defense of the case was sanctionable. Usually, no. Just because a party completely prevails over their adversary on a motion or at trial does not necessarily mean that there is grounds for sanctions. This exception does not swallow whole the general rule that parties bear their own costs in litigation.

Mitchell Kambis appealed the judge’s award of sanctions. He argued that his fraud claim was well-grounded in law and fact because it survived extensive pretrial motions.  The Supreme Court of Virginia found that the trial court did not need to find Kambis’ claims legally inviable to conclude that they were for an “improper purpose.” This conceptual separation between the viability of claims or defenses and the propriety of a litigant’s purposes in bringing them is what may raise the blood pressure of many trial lawyers trying to walk the line between zealous advocacy and impermissible vindictiveness. Just because a party wins a motion on the sufficiency of a pleading doesn’t mean that claim is “immune” from a sanctions motion later on.

Kambis also argued on appeal that while his court action was intimidating, it was not for an improper purpose that would support an award of sanctions.  The court observed that Kambis’ conduct, “demonstrated he was less interested in vindicating his legal rights and more interested in intimidating and injuring Considine.” Kambis forced Considine to expend a significant amount of time and money in motions practice and in trial preparation before Kambis dropped many of them right before trial.

The court’s award of sanctions was supported by emails and oral courtroom admissions that the lawsuit was designed to intimidate and that if the suit failed, the motion for sanctions had a reasonable likelihood of being granted.

Confusingly, an award of sanctions is not warranted just because a party finds the litigation process intimidating. To start, the act of filing of public documents alleging wrongdoing is intimidating.  What’s more, at the center of any trial, the credibility of a party’s testimony is tested by right of cross-examination. Cross-examination is so intimidating that a law of evidence developed to protect the integrity of this process. Justice Cleo Powell recognized this issue in the Kambis case:

Kambis v. Considine clarifies that just because a lawsuit survives initial attempts to dislodge it on motions, it may not necessarily later survive a motions for sanctions. A casual reading of the Kambis opinion might lead some trial lawyers to argue that where a vindictive or intimidating motive can be ascribed to an opponent’s actions, then an award of attorney’s fees are proper. If this was a correct interpretation of this opinion and the statute, then it would increase unnecessary litigation rather than cut it out. Parties’ decisions to bring or defend legal proceedings never occur in a vacuum. Parties and their lawyers would seek sanctions every time their opponent filed anything because an ulterior motive could be intimated from the context of the case. Such an argument would ignore the extraordinary facts in the Kambis case, together with the admissions made regarding Kambis and his lawyer in email and in open court.

It is difficult to end cases like Kambis v. Considine before trial because the credibility of witnesses in a fraud case is not proper for determination on a motion for summary judgment in the Virginia court system. The Supreme Court seems to be saying that while a litigant may have a right to prove their version of the facts at trial, the sanctions statute prohibits them from abusing their right to a trial.

Resentment can fool otherwise sensible people into thinking that they are seeking justice when really they want payback. This is why it is important for a party to retain a lawyer who will exercise independent professional judgment. This protects both the lawyer and the client from making shortsighted litigation decisions that are antithetical to their long term best interests. This is especially important in real estate and construction cases where so much is at stake.