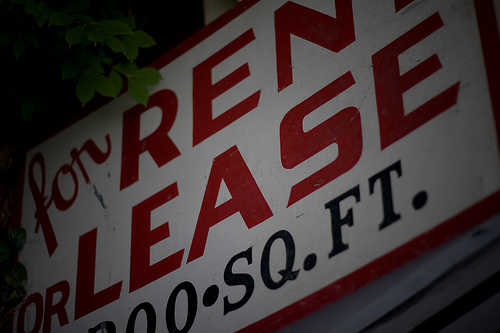 Was the California landlord to the terrorist couple entitled to open up the rental property to the news media? Internet videos show a frenzied swarm of camera crews exploring every cabinet and closet. So what if the San Bernardino landlord holds controversial open house?  Commentators raised questions about preservation of evidence in the criminal investigation. There is also an ethics-in-journalism element. Given the heinousness of the crimes and public interest in foiling future attacks, it’s easy to overlook the landlord-tenant legal issues raised when tenants use a rental for criminal purposes and some die before termination of the lease. This story is of interest to any landlord with elderly tenants or who rents in a community with a crime problem.

According to law enforcement, Syed Farook and Tashfeen Malik used the garage of the Redlands, California townhouse they rented as a homemade explosive device factory. They used their residence as a base for their December 2nd attack on the Inland Regional Center that tragically left over 14 people dead and many more wounded. The victims and their families deserve our continued concerns and prayers, especially as public attention shifts elsewhere. As a new father, I cannot fathom Farook and Malik’s decision to drop off their six-month-old daughter with a relative and then commit such a deplorable attack. While Malik’s pledge of allegiance to the Islamic State of Iraq and Syria makes motive discernment easier, this blog post is about landlord-tenant law and not the politics-and-religion issues discussed thoroughly elsewhere. The deceased attackers were not the only residents of the property. Farook’s mother and the couple’s six month old baby also lived there. Law enforcement searched the premises and removed certain items of interest. According to news reports, they turned it back over to landlords Doyle & Judy Miller. On Friday, December 4, 2015, Doyle Miller held an informal press conference on the lawn of the townhouse. After the interview he opened up the house and permitted the news media and their cameras to search the house except for the garage.

Given the law enforcement’s interest in further investigations, the landlord’s interest in preventing additional notoriety to the property, the grandmother’s possessory interest in the place and the child’s unique vulnerability as a resident, heir, and orphan, it is shocking that the media obtained free access with their film crews. The reporters likely put their fingerprints all over the townhouse, moved items around, and possibly removed or destroyed parts of the townhouse or the occupants’ belongings. In fact, MSNBC later publicly apologized for broadcasting some photos and identification cards of some occupants.  One can imagine the intense pressure the identification of the killers’ home must have placed on the Millers. They needed to cooperate with law enforcement. After the police search, the news media must have inquired about the inside of the house. The deceased’s shocking crimes do not conjure sympathy.  One would not expect the grandmother and grandchild to ever live there again. It may have appeared easier to simply let the media swarm inside the house than to face their constant inquiries.

The Millers may have been concerned that refusal to cooperate with the media might lead to further questions about landlordly knowledge of the activities at the house. In an informal press conference held at the property, Doyle Miller stated that his tenants always paid their rent on time. The renters called a few times requesting landlord repairs. During his visits he never saw any guns or bombs. When asked if he ever went into the garage where law enforcement found evidence of pipe bomb manufacturing, he stated that once he went in there but he only saw some people repairing a car.

Good landlords check to make sure that prospective renters can pay their rent and won’t cause other problems. During the rental period, many obligations to maintain the property fall on the landlord.  Most lease agreements provide for landlords to inspect the property for damage by the tenant or other causes during the rental period. Homemade bomb manufacturing is not just illegal. It is an ultra-hazardous activity involving explosive devices that can be easily set off. No landlord wants that in their townhouse no matter how timely the rent payments are.

Sometimes tenants engage in narcotics trade or other illegal activities. Tenants can be incarcerated or die. These are events that can lead to the termination of a tenancy. However, such events don’t necessarily cause the other occupants or the estate of the deceased to lose all of their rights in the premises or their belongings. In Virginia, like many places, a landlord cannot evict a residential tenant’s family without going through the courts. Hosting a media circus seems like a troublingly broad extension of a landlord’s right of inspection. Our legal system has many procedures in place to protect people from infringement of their rights to be secure in their own homes. News reports do not suggest that the townhouse or its contents were abandoned by the grandmother, infant, or the estate of the deceased. While the Millers must have been under a lot of pressure, it is not clear why they didn’t use California’s landlord-tenant laws and the provisions of the lease agreement to deal with the personal property and retake possession of the premises. The attorney’s fees would be a small price to pay for the value of the legal protection. Perhaps some of my readers may have some insights.

Landlords should not discriminate against prospective or current tenants based on their religion or national origin out of fear of renting to terrorists. I am not aware of any exception to anti-discrimination laws for instances where landlords associate a national origin or religion with types of illegal conduct. I’m wondering if any state legislatures will amend landlord-tenant, community associations, or mortgage statutes to give landlords, HOA’s, or lenders expanded legal privileges or duties to prevent homes from being used for terrorism. I’m concerned that homeowners’ rights are already under assault from different directions and such legislation would have unintended consequences.

Given the desire of the Farook family for privacy, I’m not sure if any legal claims will be brought against the Millers for hosting the media “open house.” The family may decide that any damages from loss of use of the townhouse or ownership of personal items is not worth the loss of privacy from media attention surrounding such a suit. However, given the high profile of this media event, the public may draw an incorrect inference that the Miller’s actions are advisable or without substantial risk. This is significant because home ownership is on the decline and renting is the trend. Many working people are unable to save a down payment necessary to purchase a home. In the event that tenants use a rental for illegal purposes and/or die before the leasehold is terminated, a landlord should consult with a qualified attorney before taking possession of the property.  If occupants of rental properties are displaced by the criminal conduct of other tenants, they should also seek counseling to protect their rights.