The California Nanny and Mediating Legal Disputes Through the Media 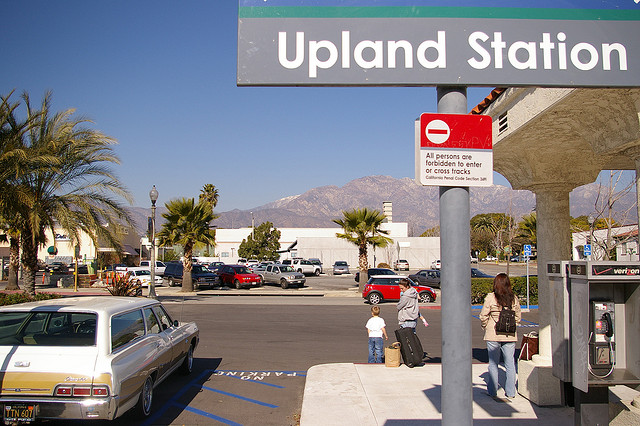 Marcella and Ralph Bracamonte brought Diane Stretton into their Upland, California home to provide childcare services in exchange for room and board. Ms. Stretton and the Bracamontes got into a dispute over their arrangement. Ms. Stretton stopped working and refuses to move out. Why is this story national news? The answer illustrates some pitfalls of mediating legal disputes through the media. Parties are better off resolving seemingly intractable disputes through judges, qualified mediators and experienced attorneys.

Every day, disputes arise over the treatment, performance and compensation of employees. Most states have employment commissions to alleviate stress on the court system. Disputes over how soon a landlord is entitled to have a non-paying tenant depart are also commonplace. Many courts even have special hearing days for evictions. Diane Stretton has been dubbed the “Nanny from Hell,” “Nightmare Nanny” or “Won’t Go Nanny.” Why has her story captured our attention?

In March 2014, the Bracamontes family hired Ms. Stretton off CraigsList to be a live-in nanny for their three children. Over the next three months, the relationship deteriorated. According to the Bracamontes, Stretton stopped working and continued to occupy the premises after they fired her on June 6th. See Jul. 8, 2014, J. Hayward, “Nanny from Hell and the Squatter Ethos.”

Ms. Stretton maintains that as the weeks progressed, Marcella Bracamonte demanded additional tasks of her far beyond their original arrangement. When someone isn’t getting paid their wages and doesn’t like the work, usually they simply quit and go home. For Stretton, the workplace was home. Ms. Stretton stayed despite the couple’s demands. On June 25th, they served her with legal notice in the living room of the residence.

No Self-Help Eviction. In California, like Virginia, once someone makes a property their residence and declines to leave voluntarily, the owner cannot evict them without going to court. Each state has a different housing code. Some are more friendly to landlords, others favor tenants. The common principle is that in the event of a dispute, the resident cannot be booted out without legal action. All of us sleep better at night knowing that we have a right to due process before a mortgage lender or landlord attempts to remove us from our home.

Boundaries are Good. Both the Bracamontes and Stretton voluntarily entered into this living & working arrangement as strangers without establishing significant boundaries.  The Bracamontes not only consented to have Stretton care for their children, they also agreed to allow her to live with the family. On the level of human intimacy, this high on the trust scale.

Stretton is also vulnerable. She isn’t being paid a salary and relied on her “host” family for food, water, shelter, etc., in exchange for her labors. Tom Scocca of Gawker sees an element of exploitation on the part of the Bracamontes, characterizing them as seeking a live-in nanny while ignoring California’s wage & hour laws. After the situation deteriorated, they went to the media, complaining that their unpaid servant will neither work nor leave. Jul. 3, 2014, T. Scocca, “The ‘Nanny from Hell’ is an American Hero.”

A written lease agreement sets out the remedies available to the parties in the event of a default of specific obligations such as paying rent. However, the document performs another role. Even if the parties had entered into a thorough legal contract, Stretton still would be entitled to have her case heard by a judge, a process that could take several weeks or months, depending on the jurisdiction. Experienced landlords and employers know that a written agreement does not guarantee that the tenant or employee will perform according to that document. A written lease agreement is a legal instrument, but it is also an opportunity to define boundaries of human relationships at the time they form. For the Bracamontes and Stretton, those dynamics stretch both professional and personal boundaries. If the lease and employment agreement negotiation process had been conducted properly, this whole situation may have been avoided in the first place.

Counterproductive Media Attention. According to a July 9, 2014 People.com article, Stretton’s belongings still remain at the Bracamonte’s house. Although she is no longer sleeping there, she has declined to move out until conditions are met. She is unhappy that the news media is camped out around the Bracamonte house. To move she would have to run gauntlet of cameras and microphones in the hot sun. Some reports indicate that she suffers from health complications. As I mentioned earlier, eviction and employment termination disputes are common. News outlets don’t normally monitor them. Did the family or the nanny instigate the media attention to their case? The Bracamontes are no longer making appearances with CBS2 because the family now has an Exclusivity Agreement with another media network. Jul. 9, 2014, CBS2, “Controversial Nanny Tells Her Version of Events.” In the other ring of the circus, Stretton provided a “mountain of paperwork” to People magazine supporting her position. If the Bracamontes had simply gone to court like other landlords reaching an impasse, perhaps Stretton would have left of her own accord by now. Perhaps they fear a counterclaim. The parties decisions to interact with each other through the media has escalated the conflict in a mutually detrimental way. The media presence must have an effect beyond deterring the nanny’s move. I imagine news trucks interfere with day-to-day family life.

I hope for the sake of those three kids, Ms. Stretton gets a reasonable opportunity to remove her belongings from her room. Once the TV trucks leave, the adults can resolve their monetary claims. Bracamonte v. Stretton illustrates the risks of presenting a legal dispute to the news or social media rather than in court or at the settlement table.

Tenancy by the Entirety and Creditor Recourse to Marital Real Estate