How to Fire a Contractor

Home / Blog Archive / Construction & Renovation / How to Fire a Contractor 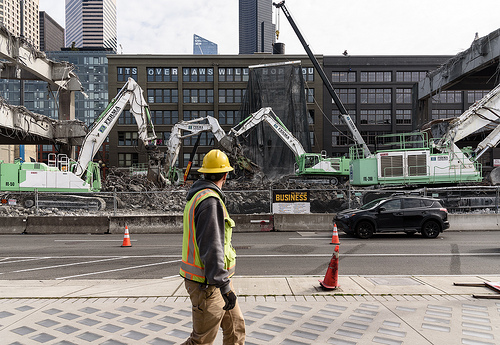 Property owners often have bad experiences with contractors and desire to end the relationship. In such instances, knowing just how to fire a contractor is important. An owner “invests” in the contractor by signing a written agreement, paying substantial amounts of money, and allowing demolition and construction to begin. At this time, the owner is vulnerable, and the true character and competence of the contractor, or lack thereof, becomes evident. If the contractor is good, the work continues diligently. There are many great contractors out there; this blog post isn’t about them. If the contractor is bad, the owner may see signs of a lack of commitment to the owner and supervision of the work, such as piles of dirt or trash, apparent workmanship defects or unapproved changes, communication problems and disputes over payment. After this happens, it’s all too common for the relationship to deteriorate. Sometimes the owner is to blame, in part. Many owners experiencing a breakdown in the relationship wonder if they should cut ties with the contractor or continue to make payments in the hope that the situation will improve. Be aware that unless the owner is the government, getting out of a contract may not be easy. Firing a contractor is more akin to getting a divorce than letting an employee go. An owner wanting to know how to fire a contractor will likely need an attorney and expert witness.

We all experience contracts daily, when we purchase retail goods, sign up for an online service, or summon an Uber driver. Contracts are like the air we breathe – something that happens without much ceremony: part of day-to-day living in a post-agrarian society. Many “contracts” are easily undone or abandoned without large consequences. A defective microwave oven may be returned with a swipe of a card. If they miss stains, dry cleaners will usually re-do garments for no extra charge. Signed builder contracts are not so easy to avoid. Part of this is practical or logistical. The contractor pulls permits, the county approves the owner’s drawings, subcontractors demolish existing structures, and the owner makes significant payments. The parties are usually bound by a written agreement.  This agreement determines many issues during the course of the relationship, including how easily either party may get out of the deal.

Property owners want contractors who have the character, capability and competency to do the work properly without undue delay, for the agreed upon price. It is easier to choose the right contractor for the job before anything else happens than to try to make big changes in the middle of a project. For many owners, such preparation is easier said than done.

This blog post focuses on the rights and responsibilities of owners considering whether to unilaterally end their relationship with a contractor before the work is complete. The details may come as a surprise to anyone accustomed to having businesses bend over backwards to keep them as patrons.

A property owner with ongoing construction problems wants to know how to fire a contractor if necessary. In many cases, this is the best move for the owner because of the severity of the situation. It’s not impossible, but it will most likely test the owner’s patience, like going through any other “divorce.” The best way to avoid these problems is to make smart choices in “dating” a contractor before signing a high-priced deal, by asking good questions during meetings, checking out the contractor’s background and work history, and retaining other consultants as necessary to help with negotiating the agreement and inspecting the work. Because practical considerations make owners often vulnerable in such matters, and contractors highly motivated to make sales, it is usually not the owner’s fault for finding herself bound to a contract with the wrong builder and out lots of money with a half-finished project. In such situations, owners need legal, financial and technical advice to chart a pathway out of the mess in order to avoid potentially materially breaching the contract themselves or giving the contractor carte-blanche to make things worse.

photo credit: WSDOT A glimpse into the waterfront’s future via photopin (license) This photograph is provided to depict a construction site. The author of this post has no evidence of any defects on the depicted job site and contracting company

Rain, Rain, Go Away: Drainage Problems in the HOA