Do Your Association’s Parking Rules Pass the Smell Test? 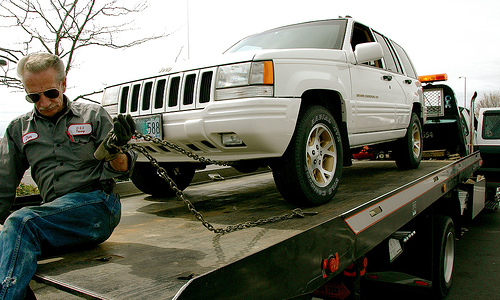 There are few property rights as unappreciated as the privilege to park. For nine years, I lived in a condominium where the association’s parking lot did not have enough physical spaces for all of the permitted vehicles.  If you came home late, you might have to park on the street several blocks away, even if you had a parking decal.  The property manager arranged to tow all vehicles without a permit or guest pass after a certain hour in the evening.  You didn’t want to run the risk of having to hitch a ride down to the towing company and “bail” your car out.  I relied upon that small sticker in the rear window of my car every night.

An association’s parking rules effect the owners’ essential right to access one’s property. This means that whoever enforces community parking restrictions makes quality of life decisions for everyone.  In many communities, the number of parking spaces permitted to a condominium unit defines the number of adults who can conveniently use it.  If street parking is not readily available, guest passes define whether or not an owner can entertain anyone at their home.  An association’s parking rules enforce someone’s vision for the character of the development.  Residential associations typically refuse to issue parking permits for commercial vehicles.  Commercial condominium associations may use parking restrictions to restrict undesired industrial uses.

The right to park at one’s property is easy to take for granted until threatened.  If a HOA suspends privileges for a rule violation, the owner may be able to live without access to the pool, gym or party room.  If the condominium documents allow revocation of parking permits for a violation, then this presents a greater threat to the resident.  At a community association conference I attended this year, managers discussed whether it is feasible to enforce parking rules by using jersey walls to barricade owner’s garages!

Given the fundamental nature of the right of access, it is no surprise that landmark court decisions concerning community associations arise out of parking disputes.  In 1982, the Supreme Court of Virginia decided Unit Owners Association of BuildAmerica-1 v. Gillman.  BuildAmerica-1 was a commercial condominium consisting of a large industrial structure containing warehouse or garage condominium units.  Undesignated parking spaces surrounded the building.

Harry & Saundra Gillman purchased space in BuildAmerica-1 for their trash collection business.  After a few years, some of their neighbors complained about the odor of the Gillman’s trash trucks.  The Association fined the Gillmans. They sought to force them to relocate by forbidding them from parking their trucks.  A commercial condominium development can have the character of any number of office or industrial uses.  Who wins when different owners have competing visions for a commercial condominium association?  To the Supreme Court of Virginia, the answer lay with one of the fundamental, yet controversial, doctrines of community association law:  The governing documents (covenants, declarations, bylaws) comprise a contract to which the owners are parties. A “covenant” is a legal agreement. Some homeowners’ rights advocates argue that boards, attorneys and managers abuse this doctrine by insisting that individual owners “agreed” to whatever policies and practices the association adopts. It is my opinion that the “contract” theory can actually help owners.  How is this?  A contract has the effect of limiting the scope of the rights and responsibilities of the parties.  This can cut both ways, limiting the authority of the Association while also defining its affirmative duties to the owners.  The “contract” is not each and every rule, regulation, decision, resolution or policy adopted or enforced by the Association and its agents.  An owner can only be charged with such contractual obligations as are reflected in the declarations, covenants, bylaws, amendments that the owner is put on notice of in county land records and disclosed at the sale.  Those documents are typically prepared by the developer’s lawyers.  The governing documents are usually drafted to protect the developer and to be palatable to the initial investors at the sale.  This means that often these documents don’t speak to the owner vs. association disputes that arise after the developer is out of the picture.  Usually these disputes are about legislative amendments or Board-adopted regulations.

In Gillman, the Board adopted regulations forbidding owners from bringing more than three trucks onto the parking area weighing more than 10,000 pounds each.  This rule was not a provision in the governing documents.  So how are Virginia courts supposed to view the Board’s rules & regulations that are not in the covenants recorded in land records?  In Gillman, the Supreme Court of Virginia set forth several very important standards:

The Unit Owners Association of BuildAmerica-1 argued that they were a “self-governing community” and a “fully self-governing democracy” whose inherent powers are not limited.  The Court rejected this and observed that while the powers of an association are broad, they are limited by statute.  Gillman shows that association rules and regulations are not to be treated with the high level of deference owed to statutes or covenants.  The only way to invalidate a regulation outside of the procedures in the Bylaws is by court review.  If the rule or regulation your Association seeks to enforce violates your property rights contact a qualified attorney. Although the facts and circumstances of each case may result in different outcomes, judicial review may be a breath of fresh air to the prevailing “smell test” being applied within your Association.

Can a Buyer Sue a Sellers Real Estate Agent?