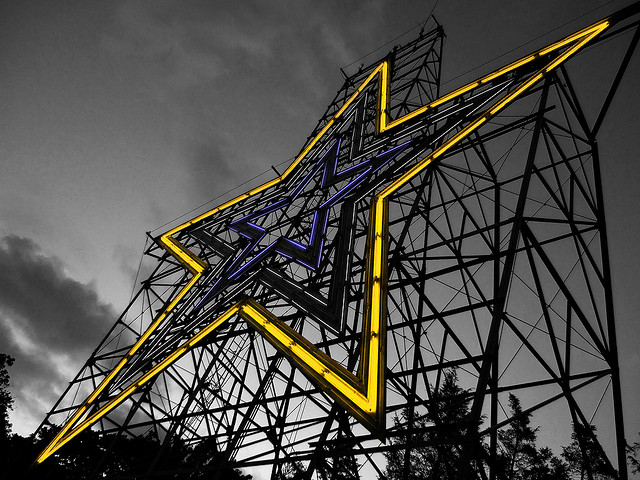 Can a homeowner block a foreclosure by filing for bankruptcy protection immediately after the bank-appointed trustee auctions the property? On June 2, 2014, a bankruptcy court judge ruled that Rachel Ulrey’s Roanoke property was not excluded from the bankruptcy estate because the foreclosure trustee completed the memorandum of sale prior to the court filing. The court opinion is of interest to homeowners facing foreclosure, mortgage investor or buyers at foreclosure sales. The case illustrates what can happen when a borrower is contesting foreclosure in bankruptcy court.

Rachel Sue Ulrey lives in Roanoke, Virginia. She fell behind on her payments to Suntrust Mortgage.  Suntrust instituted foreclosure. Timothy Spaulding, the foreclosure trustee, conducted the sale on the steps of Roanoke Circuit Courthouse at 9:45 A.M on April 18, 2013. Suntrust submitted the only bid of $98,275.52. To memorialize the sale to Suntrust, Spaulding inscribed the details on the bidding instructions form.

About 45 minutes later, Ms. Ulrey filed for protection from creditors pursuant to Chapter 13 of the Bankruptcy Code. Unlike a Chapter 7 where the debtor’s estate is liquidated and the unsatisfied debts are discharged, in Chapter 13 the debtor has the opportunity to present a plan to reorganize and pay off existing debts according to a plan approved by the bankruptcy judge. This presents an opportunity to keep significant assets such as cars and homes.

Ulrey put Suntrust on notice of the bankruptcy case and presented a plan which the Court confirmed by an order entered July 12, 2013. Ulrey wanted to work out her arrearage with Suntrust and keep her home. Ulrey even made electronic mortgage payments in May – July 2013 to Suntrust. The bank returned these payments into Ulrey’s checking account.

Suntrust and Ulrey litigated in Bankruptcy Court over the validity of the foreclosure sale and whether the homeowner could make keeping the home part of her Chapter 13 Plan. The Court decided that because Suntrust never contested Ulrey’s bankruptcy plan, the bank is bound by that order. However, there is a catch – Ulrey must make sufficient payment to the bank to bring her plan current within 30 days. Otherwise, the Bank can proceed against the Ulrey house. Ulrey is both protected and bound by her reorganization plan. How can the Court find the foreclosure sale to be valid and then go on to enforce the bankruptcy plan treating the property as part of Ulrey’s estate? Doesn’t it have to validate one and void the other? The answer provides an expansive vision of bankruptcy jurisdiction:

Formality Requirement for a Written Memorandum of Foreclosure Sale: The Memorandum of Sale in foreclosure is comparable to a Regional Sales Contract in an ordinary deal. They both give the buyer a contractual right to later exchange the purchase price for a title deed. However, most Memoranda of Sale do not contain detailed contractual provisions. The one in Ulrey was a one page form containing the basic identifying facts of the sale and the bank’s bidding instructions. Ulrey challenged the validity of this document on the grounds that it did not contain enough terms. The sufficiency of the memorandum is legally significant. Contracts for sale of real property generally must be in writing to be enforceable. The Court suggests that Spaulding actually included more information in the Memorandum than was necessary to make it enforceable. The terms of the Memorandum of Sale are the business of the trustee and the buyer in foreclosure because they set a framework for going to closing. Whether the memorandum contains particular warranties or descriptions is not the prior owner’s issue.

Legal Rights of Homeowner Post-Foreclosure: If the foreclosure sale produced an enforceable contract between the trustee and the buyer, how does Ulrey have standing to put the property into her Chapter 13 Plan? The Court observed that post-foreclosure there were litigatible issues over the validity of the sale and Ulrey’s continued occupation of the premises. Without filing for bankruptcy, Ulrey could have tried to sue Suntrust challenging the foreclosure or opposing the eviction proceeding. These “residual” legal rights brought the dispute over the property into the jurisdiction of the bankruptcy court. The Court does not discuss whether Ulrey could have properly set forth a nonfrivolous claim contesting the foreclosure proceeding. It is one thing to have a lawsuit that could be filed and it is another to have one that could go to trial and possibly win. The Court implies that Suntrust waived that issue.

Power of Bankruptcy Court Orders Confirming Chapter 13 Plans: Although the memorandum of sale was valid, Ulrey succeeded in putting the ball back in Suntrust’s side of the court by filing a bankruptcy plan that included keeping the home. Ulrey got another opportunity to keep the home, because Suntrust failed to object to the bankruptcy plan. Ulrey succeeded not because she discovered a legal trick to successfully block a foreclosure. Rather, she got another bite at the apple because Suntrust failed to pay attention to her bankruptcy case. Ulrey’s case stands as a warning to mortgage investors to not ignore the owner’s post-sale bankruptcy filing, even when the foreclosure is conducted properly.

Hopefully for Ulrey she can come current on her bankruptcy plan and continue to make her mortgage payments. However, the Court states that Ulrey suffered a job loss and drained her bank accounts to pay living expenses. Her case illustrates the fleeting nature of successful foreclosure contests.

If Ulrey doesn’t come current, does Suntrust proceed with eviction or does the bank have to conduct a foreclosure sale again beforehand? Since the Court found the sale to be valid, perhaps re-auctioning the property would be unnecessary.