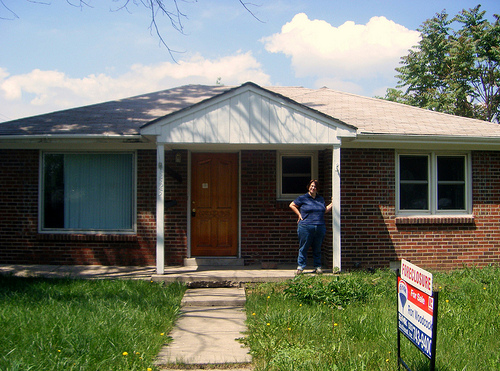 On December 4, 2014, I wrote a blog post about a borrower who brought a lawsuit against her lender after the Richmond law firm that conducted the foreclosure went out of business. The federal judge denied the bank’s motion to dismiss the borrower’s claims based on a faulty loan default notice. In that post, I mentioned that the involved law firm, Friedman & MacFadyen, was the target of class action litigation arising out of their debt collection and foreclosure practices. Of the several bases to the class action, the only one that will be discussed here has to do with False Representation liability under the Fair Debt Collection Practices Act. The lawsuit accused Friedman & MacFadyen of sending correspondence to borrowers containing false threats of lawsuits followed by notices with references to court actions that had not been filed. Put another way, the class action claimed that there was a legal thriller published in foreclosure notices to borrowers.

Someone with legal training knows whether a lawsuit is pending. A case cannot proceed unless the party is properly served with a copy. If one knows where to look, one can search court records to verify whether someone is party to a pending lawsuit. But the process of determining this is not common public knowledge. In its opinion, the federal court discussed the alleged practices of the law firm. F&M initially wrote to the borrowers to tell them, among other things, that their, “loan[s][had] been referred to this office for legal action based on a default under the terms of your Mortgage/Deed of Trust and Note.” Later correspondence suggested that a lawsuit was pending or about to be filed. However, the law firm never intended to file a lawsuit against these borrowers. Virginia is a non-judicial foreclosure state. Foreclosures routinely occur here as a trustee transaction and not normally in a lawsuit. Later firm correspondence instructed the borrower on how to obtain “withdrawal” or “dismissal” of the “action.” F&M would refer to these matters as the name of the bank “v.” the name of the borrower, the way lawyers style a lawsuit.

People tend to take a dispute more seriously once a case is active before the court. A legal action does not exist until a party files it in writing with the court’s clerk. Attorneys know that the threat or current existence of a lawsuit causes negative emotions on the part of the defendant, such as anger, fear, anxiety, avoidance or aggression. However, there is a difference between candidly informing an opposing party that suit will be filed if the dispute cannot be resolved and the facts alleged about Friedman & MacFadyen. The opinion discusses allegations that the law firm was in a client relationship where it would be rewarded for foreclosing quickly, and less rewarded for negotiating loan modifications. If the borrowers had known that there were no pending lawsuits, they may have handled their situations differently. In essence, the class action suit accused the foreclosure law firm of putting fictional accounts of lawsuits in foreclosure correspondence with the goal of obtaining favorable responses by borrowers in light of how the law firm was rewarded by its client.

Lawsuits have value for collecting on debts. They also cost money the parties filing them. Once the lawsuit is actually filed, the party and its attorneys have obligations to the court. A fictional lawsuit, on the other hand, does not require anything to be prepared, no court fees to be paid, scheduling conferences to attend or any other responsibilities. The plaintiffs’ suit included a Fair Debt Collection Practices Act claim for False Representation for what might be described as “shadow litigation” issues. In a January 16, 2015 blog post, I discussed the basics of FDCPA False Representation claims, where a debt collector uses a false, deceptive or misleading representation to collect consumer debt. In denying F&M’s motion to dismiss the lawsuit, the court observed that it would construe the foreclosure correspondence collectively to determine any tendency to mislead the borrowers.

If you have received any foreclosure-related correspondence that references a lawsuit that you cannot verify, contact a qualified attorney to discuss defense of your right to be communicated fairly with regarding your property rights.

photo credit: 5525 Carr Street (22) via photopin (license)(does not depict any individuals or properties involved in the discussed class action suit)

Buying a Home Through Realtors Versus Foreclosure Sales