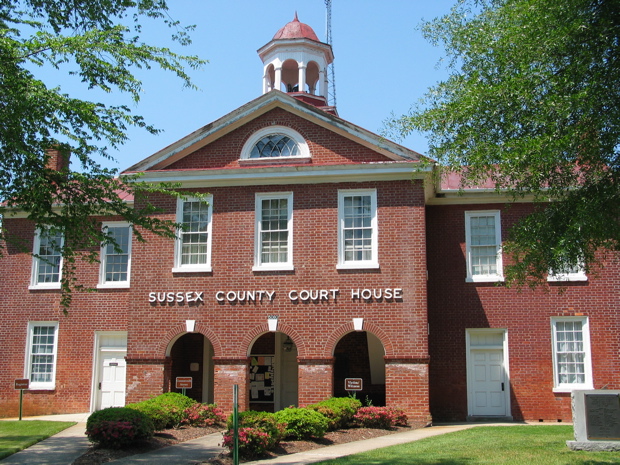 Attempt to Relitigate Foreclosure in Bankruptcy Sanctioned by Judge

In Virginia, borrowers have several options of where to bring a legal challenge to a foreclosure trustee’s sale. The shortest commute is usually the Virginia circuit court for the city or county where the property is located. Alternatively, the facts may allow suit to be brought in a federal district courthouses. Another common venue is federal bankruptcy court.

On June 18, 2014, I posted an article about a borrower, Rachel Ulrey, who managed to keep her foreclosed real estate because the lender, SunTrust Bank, failed to object to the plan in time. Ulrey’s case is a cautionary tale to lenders. Other cases show why borrowers cannot rely on lender inattention as a legal strategy. On November 12, 2014, U.S. Bankruptcy Judge Kevin Huennenkens issued an opinion illustrating why parties and their attorneys may not bring the same claim in bankruptcy court after they fail to achieve their desired result in a Virginia state court. The borrower and his attorney found their attempt to relitigate foreclosure in bankruptcy sanctioned by the judge.

Michael Pintz owned property in Sussex County, Virginia, in the name of Michael’s Enterprises of Virginia, Inc. In June 2008, he took out a $200,000 mortgage from Branch Banking & Trust. After he defaulted on payment, BB&T obtained a money judgment in Hanover Circuit Court. When BB&T sent Michael’s Enterprises a Notice of Foreclosure, he filed a request in Sussex Circuit Court to block the threatened sale. That court denied the motion. BB&T later purchased the property at a November 2013 Trustee’s Sale. In February 2014, Michael’s Enterprises filed for Chapter 11 reorganization in the U.S. Bankruptcy Court. The petition claimed the Sussex property as an asset of the corporation.

You may be wondering whether bankruptcy petitions can be used this way. When a court finds that someone filed something for an improper purpose, it may award litigation sanctions. State and federal courts in Virginia have similar rules prohibiting parties and their attorneys from advancing legal claims and defenses for improper purposes and not to vindicate the rights described in the court filing. Improper purposes include but are not limited to harassment, unnecessary delay or needless increase in the cost of litigation.

BB&T brought a Motion for Sanctions for Violation of Bankruptcy Rule 9011. The Bankruptcy Court initially deferred BB&T’s request for sanctions. Judge Huennenkens gave Michael’s Enterprises an opportunity to submit a proper bankruptcy reorganization plan before ruling on the sanctions request. The conditions imposed were not met. In October 2014, the bankruptcy court dismissed Michael’s Enterprises’ petition.

The court granted the lender’s renewed motion for sanctions. Judge Huennenkens observed that Michael’s Enterprises had had an opportunity in Virginia state court to litigate the same objectives sought in the bankruptcy petition. The court saw the new lawsuit as an attempt to attack the Virginia court’s decision and the nonjudicial foreclosure. The bankruptcy opinion doesn’t mention this, but if a party believes that a trial court made an erroneous decision, their recourse is to file a motion to reconsider and/or appeal it to the Supreme Court of Virginia. A bankruptcy court may be able to discharge or reorganize debts reduced to court judgments. However, they usually do not allow parties a do-over of unfavorable results of a state court case. Michael’s failure to present a proper reorganization plan in the face of a sanctions request made a poor impression. Judge Huennenkens found the case to be for an improper purpose and awarded BB&T $10,000 in sanctions against Michael’s Enterprises, Michael Pintz, individually, and his attorney. As of the date of this blog post, this result is currently on appeal before the U.S. District Court for the Eastern District of Virginia.

A common mistaken belief about litigation sanctions is that they are proper whenever a party or attorney loses in court. However, it is common for borrowers in foreclosure contest lawsuits have their cases dismissed on the merits or procedural grounds. Usually, the cases are brought as good faith attempts to obtain relief on the facts and circumstances of the foreclosure proceedings. In Michael’s Enterprises, however, the record of the state court actions together with the absence of a reorganization plan added up to an award of attorney’s fees, not only against the property owner but also its sole shareholder and the attorney. The facts of each case are different and require investigation and research before employing a legal strategy.