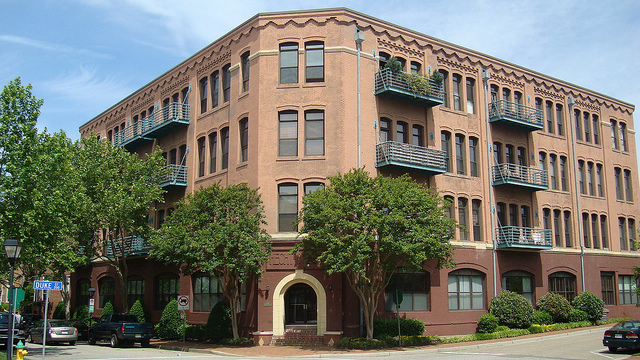 The conventional wisdom, in Virginia at least, is that homeowners should focus on keeping bills paid in the following priority: (1) local property taxes (have priority as liens, and are non-dischargable in bankruptcy), (2) mortgage lenders (monthly payments largest) (3) the monthly dues and special assessments of the homeowners association or condominium unit owners association. These notions are reinforced by mortgage lenders who escrow property taxes but not association assessments. Should owners continue to follow this in making decisions in the face of risk of payment default? Tax liens will certainly continue to enjoy a super-priority. However, a unit owner’s rights and responsibilities to their community association are of a different nature than bank mortgages.  The rights of Associations to fix dues, special assessments and fines change. The General Assembly can amend the statutes. Courts make new legal interpretations. The owners can vote to change the Association Bylaws. Although the Association has significant influence over a unit owner’s rights, its lien is often overlooked to the detriment of many owners. What foreclosure, rights, if any, may an Association use to enforce its assessments? Florida and Nevada tend to be bellwethers of national trends in property associations because of their extraordinary number of condominiums and other associations. One recent case illustrates the chaos that may arise from these competing claims.

On September 25, 2014, Judge Gloria Navarro of the U.S. District Court for Nevada issued an opinion providing clues to how Virginia homeowners may one day find themselves caught up in legal crossfires between banks and HOA’s. Emiliano & Martha Renteria owned a single-family home in Las Vegas that was a part of the Washington & Sandhill Homeowners Association (“HOA”). This is not a condominium but the issues are analogous. In September 2009, they defaulted on their Bank of America mortgage. Like Virginia, Nevada allows non-judicial foreclosure proceedings wherein title is transferred transactionally. The Court becomes involved if there is a dispute. In July 2012, the Bank-appointed Trustee foreclosed on the property. Five months later they rescinded that foreclosure. In May 2013, the Bank completed a foreclosure (in a do-over), claiming title to the property. On May 17, 2013 the Bank conveyed the home to the U.S. Department of Housing & Urban Development in a claim under the Single Family Mortgage Insurance Program.

To make matters more confusing, the HOA pursued its own foreclosure proceedings on the property at the same time to enforce its lien for the Renteria’s failure to pay their assessments.  Most  of the procedural aspects of Nevada condominium foreclosures are substantially different from Virginia. The HOA purchased the Renteria property at its own foreclosure sale in May 23, 2012, before the Bank’s first foreclosure sale. In July 2012, the HOA filed a release of its lien. A couple of months later, the HOA resumed its foreclosure, asserting an unpaid assessment lien of $4,983.00, this time against the Bank as owner.  In October 2012, the HOA reacted to the Bank’s conveyance of the property to HUD, asserting a lien of $1,250.00 against the government. Note that this association foreclosed on a single-family home in an urban area to satisfy only $1,000-$5,000. When those demands went unpaid, the HOA abandoned this position. On October 9, 2013, the Association filed a federal lawsuit claiming ownership pursuant to the May 23, 2012 sale. In the lawsuit, the HOA disputed the Bank and HUD’s claims of title.

On September 18, 2014, the Supreme Court of Nevada ruled in a similar case that a HOA foreclosure extinguishes a mortgage lien such as that held by the Bank. Local readers may be interested that on August 28, 2014, the D.C. Court of Appeals reached a similar decision. In Nevada, Judge Navarro discussed how it is illogical for the HOA to simultaneously claim to be the rightful owner of a property and also assert an assessment claim against another party as owner.  She found that under Nevada law, the Association was not permitted to waive its right to extinguish the Bank’s prior lien through foreclosure. The Court decided that the HOA’s subsequent release of the lien against the Renterias and new liens against the Bank and HUD were not valid because it had no right to change course. Had an individual investor purchased the property from the Bank’s foreclosure following the HOA’s release, he would have found himself caught up in this mess. The Court did not discuss whether these latter actions also created unwaivable rights. Judge Navarro ultimately decided that the HOA claim of title violated the U.S. Constitution. She dismissed of the Association’s lawsuit on the grounds that the HUD enjoyed an interest in the property under the Single Family Mortgage Insurance Program that could only be released under federal law. The Property Clause of the Constitution states that, only “Congress has the Power to dispose of and make all needful Rules and Regulations respecting the Territory or other Property belonging to the United States.” Since the Bank’s mortgage was HUD-insured, a HOA cannot violate the government’s rights as insurer. This case is currently on appeal.

All of this caught my attention because it illustrates how HOA’s and Banks may use nonjudicial foreclosure procedures to duel over residual rights in distressed real estate. This case illustrates, if nothing else, why title examination and insurance are valuable investments to individual investors who may find themselves caught up in such a case. Well-advised home buyers must study the association bylaws and other disclosures carefully before waiving the contingency. If legal developments like this continue, associations will likely require a substantial legal reform. Otherwise, property values, especially condominiums will be in jeopardy, banks may restrict financing in fear of HOA lien priority, and investors may lose interest.

Will a Reordering of Rights of Banks and HOA’s Come to Virginia?

The competing rights of HOA’s and Banks is a critical aspect of the foreclosure crisis. On October 2, 2014, Nevada real estate attorney Bob Massi was interviewed on cable news about trends in HOA foreclosures. He predicted that lenders will start requiring borrowers to make their HOA payments into a bank escrow so that the lender’s foreclosure rights are not prejudiced by unpaid assessments.If this becomes a reality, mortgage servicers will become collection agents for associations. What remedies will owners have with respect to the escrow if they have disputes with the association over a fine? Will lenders change their underwriting guidelines to make loans more difficult for property subject to association covenants?

I expect that the issue of HOA lien priority will soon return to the Virginia Supreme Court  and General Assembly. What responses to these trends can homeowners expect in Virginia? In a later installation in this new blog series about Association Foreclosure, I will discuss how a 2003 Supreme Court of Virginia decision presently limits a Condominium Association’s remedies for unpaid assessments. This Virginia opinion limits the rights of Virginia’s community association to disturb a lender’s rights under a purchase money mortgage. Given these new developments in Nevada and D.C., this 11-year-old opinion is important to every owner, association and lender with an interest in Virginia condominiums.

If you are a lender and have questions whether an association’s lien has priority over your own mortgage, contact qualified legal counsel. If you are an owner and have questions whether an attempt by your association to enforce a lien on your property runs afoul of the law or your condominium instruments, contact a real estate attorney to protect your rights.

Thanks to Shu Bartholomew, host of the weekly property rights radio show “On the Commons,” for letting me know about the Bob Massi interview.

Photo credit (photo does not depict the property discussed in this post): JoeInSouthernCA via photopin cc