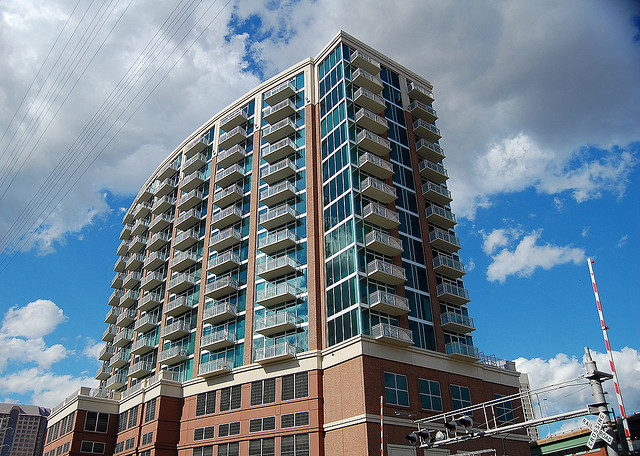 Today’s blog post is the third installment in a series on the emerging trend of foreclosure of condominium association liens on private property owners. In a previous article, I discussed a new appellate court decision, Chase Plaza Condominium v. Wachovia Bank, recognizing the right of an association under the D.C. Code to sell a condo unit in foreclosure to satisfy unpaid assessments, thereby extinguishing the much larger bank mortgage. This installment examines how future, similar attempts may be viewed under the Virginia Condominium Act.

Presently, Lenders Have Priority over Association Liens in Virginia:

In 2003, the Supreme Court of Virginia heard a case involving similar facts as in the Chase Plaza case under the corresponding portion of the Virginia Condominium Act. Va. Code Sect. 55-79.84 provides that a properly recorded Condo assessment lien has priority over other encumbrances except for:

That same code section provides for the distribution of the proceeds of the association foreclosure sale, differing materially from the aforesaid lien priorities:

Since the statute provides for differing priorities for liens and distribution, I’m not surprised that this issue was litigated. At the Virginia Supreme Court, Colchester Towne Condominium Council argued that these provisions permitted foreclosure of a unit for its owner’s failure to pay assessments. This Association asserted that before the bank received anything, the proceeds would first be paid for expenses, taxes or the assessments.

Wachovia Bank argued that it had a priority over the Condominium Association for both the lien and payment. In a narrow 4-3 decision, the majority agreed with the bank. Justice Lawrence Koontz found that the General Assembly intended for the first mortgage to get paid before the association assessment liens. The Court observed that purchase money mortgages are the “primary fuel that drives the development engine in a condominium complex.” Justice Koontz remarked that a contrary result (the D.C. and Nevada cases come to mind as examples) would not adequately protect the lender’s interests.

Justice Elizabeth Lacy wrote for the three justice minority, which included now-incumbent Chief Justice Cynthia Kinser and Chief Justice-elect Donald Lemons. They favored permitting the association to conduct the foreclosure sale and give the unpaid assessments priority over the mortgage. However, they would permit the lender’s lien to survive the foreclosure process, burdening the property purchased at the auction. None of the justices on the Supreme Court at that time published an opinion that would give an Association powers like those found in the Chase Plaza case.

As of the date of this article, the conventional wisdom followed by many owners of distressed condominium properties in Virginia has a legal basis on this 4-3 decision from 11 years ago. I predict that in a matter of months or years, this same issue will resurface in the General Assembly or the Supreme Court. I don’t know to what extent the national sea change will have a ripple effect in Virginia. It is not possible to predict to what extent, if any, associations may acquire greater rights against banks and homeowners. However, local governments rely on associations to pay to maintain certain common areas and services. Cities and counties continue to seek ways to avoid budget shortfalls. New land development brings the prospect of additional tax dollars. These associations have a financial crisis of their own for the reasons I spoke of in my prior post. The financial crisis is greater today than 11 years ago, and so are the challenges to private property rights.

Where Does All This Leave Property Owners and Their Advisors?

For a homeowner, keeping one’s home and paying bills is a more immediate human concern than ending the larger rescission. What do these storm clouds mean to Virginia condominium owners? A few thoughts:

One option that I haven’t seem discussed elsewhere is this: What if, when unit owners default on their obligations, the property is put up for foreclosure, and the lender, association (or any other investor), could submit competing bids to a trustee? The HOA would get paid, and the lender could get the collateral property. I doubt this would work under the existing statutory framework, but perhaps it would work better than an escrow.

If you own a property that is subject to the covenants of a condominium or homeowners association, and the association has threatened to enforce its lien against your property, contact a qualified real estate attorney to protect your rights. In order to protect your rights, you may need to prepare for a sea change in the balance of powers in home ownership.

If you are considering an opportunity to purchase a property at an association assessment lien foreclosure sale, retain qualified counsel to advise you regarding related risks, and carefully consider purchase of title insurance.

On October 16, 2014, I asked in a blog post, “What Rights Do Lenders and Owners Have Against Property Association Foreclosure?” In that installment, I discussed a Nevada foreclosure case that was not between the borrower and the lender. It reflected a litigation trend between the lender, homeowners association and the federal government. Today’s article continues exploration of this legal development emerging in some states. Some courts are finding that homeowners associations have the right to foreclosure on private property for failure to pay fines, dues and special assessments. Several recent court rulings found that HOA foreclosures can extinguish the lien of the bank who financed the purchase of the property. Owners, banks and federal housing agencies find this trend an alarming sea change in the home mortgage markets.

Today’s blog post focuses on where all of these legal developments put lenders when an Association attempts to enforce a lien for nonpayment of fines, assessments and dues. In a mortgage, the borrower agrees to put the property up as collateral to finance the purchase. The loan documents received at closing outline the payment obligations and the rights of foreclosure. Association obligations, on the other hand, are determined by the governing body of the Association according to the Bylaws. In many states, statutes provide for Associations to record liens in land records for unpaid assessments. Some statutes also allow Associations to conduct foreclosure sales to satisfy unpaid assessments by following certain procedures. Where state law allows, the Association’s authority to foreclose isn’t based on the owner’s agreement to make the property collateral. The statutes and recorded covenants put the buyer on notice of these Association rights.

Journalist Megan McArdle discusses on BloombergView how in about 20 states, HOAs can put homes up for auction (without the permission of the lender) and sell them to satisfy little more than outstanding dues (perhaps a four figure amount) to an investor, and the bank’s mortgage lien (six or seven figures, likely) is extinguished from the real estate. Ms. McArdle remarks that this doesn’t make a huge amount of sense, and I tend to agree with her. Some adjustment must come to the regulatory landscape in order to preserve both property rights and market liquidity.

Before I got married, I owned and lived in a condominium in Northern Virginia for over nine years. I remember hearing discussions, whether at the annual meeting or in the elevators, that some owners in the building fell on hard times and had kept on paying their taxes and mortgages but had stopped paying their condo association dues. Those distressed homeowners felt confident that while the association might consider other collection activity, it would not be able to sell their unit in foreclosure, to the prejudice of both the mortgage lender and the owner. At that time, the right to occupy the unit had a unique value to them.

This made sense to me, because the mortgage lender usually has more “skin” in the game in terms of the dollars invested. Can this strategy continue to hold up in light of new national trends in HOA foreclosure? Changes have already reached the opposite shores of the Potomac in an August 28, 2014 District of Columbia Court of Appeals decision.

Bank and Association Battle in D.C. Courts Over Priority of Liens on Condo Unit:

Two months ago, the Court of Appeals published an opinion that will likely change the lending environment for D.C. condominiums.  In July 2005, Brian York financed $280,000.00 to purchase a unit in the Chase Plaza Condominium in Washington, D.C.. Unfortunately, he became unable to continue making payments on his mortgage and Association dues after the mortgage crisis began in 2008. In April 2009, the Association recorded a lien of $9,415 in land records. The Association foreclosed, selling the entire home to an investor for only $10,000.00. The Association deducted its share and then forwarded the $478.00 balance to the lender. The bank and Association found themselves in Court over whether the Association had the right to wipe off the bank’s six figure mortgage lien in the five-figure sale to the investor.

The Court of Appeals found that under the D.C. condominium association foreclosure statute, the lender gets paid from the left-over proceeds, and to the extent the lien is not fully satisfied, it no longer attaches to the real estate. (It then becomes an unsecured debt against Mr. York, who went into bankruptcy).

J.P. Morgan, the successor in interest to the original lender, pointed out that such a conclusion, “will leave mortgage lenders unable to protect their interests, which in turn will cripple mortgage lending in the District of Columbia.” The Association and investor responded that the alternative leaves HOAs often unable to enforce their liens or find buyers in foreclosure sales. The Court suggested that lenders can protect their own liens by escrowing the HOA dues, like property taxes.

The decisions of Nevada, the District of Columbia and other jurisdictions do not control the Supreme Court of Virginia or the General Assembly. However, the same economic and human forces exert pressure on lending and home ownership in Virginia as they do in the District of Columbia. What is the current law in Virginia? How are owners and lenders to react to these changes here? The answer will come in the next installment in this series on Community Association Foreclosure.

If you are the beneficiary or servicer of a loan on distressed real estate subject to a lien of a community association, contact qualified legal counsel to protect your interest in the collateral.

Photo credit: To my knowledge, the featured photo does not depict any of the property specifically discussed in this blog post. The credit is here: c.schuyler@verizon.net via photopin cc