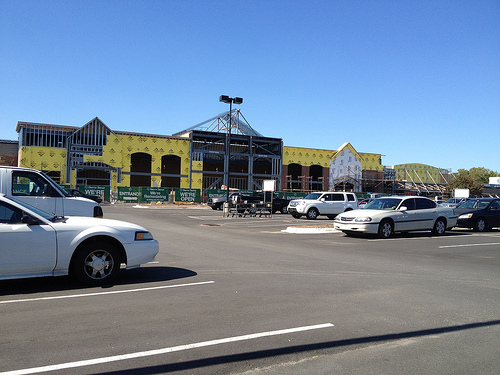 Americans are increasingly frustrated by federal, state, local and HOA officials making decisions in secret. On the floor of the nominating convention, supporters of Senator Bernie Sanders protested Hillary Clinton’s undisclosed collusion with the Democratic Party leadership during the presidential primary. On the Republican side, Donald Trump continues to refuse to disclose his tax returns. Democracy doesn’t work unless voters, boards and legislators can make informed decisions. Virginia already has “sunshine” laws on the books to safeguard “open government” on the state, local and HOA levels. These laws mandate freedom of information and often have a beneficially deterrent effect. As Katrina and the Waves sang in their 1980’s hit, “I’m walking on sunshine, and don’t it feel good!” Property owners feel good when they can observe, understand and react to decisions that affect them. Many decry the “partly cloudy” forecast for “open government.”  Property owners often struggle to resolve impasses with HOAs, land use officials and construction contractors. In many cases owners can use “open government” laws as a tool to seek favorable outcomes. As an attorney, I seek documents and information from whatever sources are available to help clients. Owners “walking on sunshine” make better decisions.

Developments at a July 15, 2016 Loudoun County Board of Supervisors meeting illustrate how confusing and frustrating “open government” rules can be. Harris Teeter Properties, LLC obtained permission to open a grocery store in Aldie, Virginia. Harris Teeter wanted the Board of Supervisors to deny requests for three neighboring restaurants. This would allow them to plant their largest store in one of Loudoun County’s Transition Policy Areas. “Transition Policy Area” is a land use designation “incorporating an innovative blend of rural and suburban development features.” Under the Board’s official policy, Aldie is a border-town of sorts between Northern Virginia and rural areas. These competing retail proposals are for development along this fault-line. If a mega-grocery store comes to Aldie, shoppers will drive there from all over. Aldie folks were mostly fine with getting a regular Harris Teeter. They have to eat. The Board of Supervisor’s Transportation & Land Development Committee considered these controversies. Although he was not on this Committee, Republican Supervisor Tony Buffington took a keen interest because he represents the Aldie district. Many of his constituents fear that an expanded Harris Teeter proposal would create traffic congestion, destroying the hamlet’s rural identity. Some questioned the Board of Supervisor’s commitment to its overall plan for land development. The Loudoun Times quotes Gem Bingol of the Piedmont Environmental Council as saying, “The question I see facing you is, ‘Are you going to support your Transition Policy Area policies?’”  Supervisor Buffington’s day job with the U.S. Capitol Police took him on the day of the committee meeting away to the Republican National Convention in Cleveland, Ohio. From the GOP convention, Buffington texted Supervisors at this committee meeting. He was “against everything they [Harris Teeter] are currently proposing.” He shared that the “residents are adamantly opposed to the proposals.” He and a group of other Supervisors carried on a lengthy discussion text message on what to do about the Harris Teeter proposals.

Randall Minchew, the lawyer for Harris Teeter, noticed that the Supervisors were all very active on their cell phones during the Committee hearing. Mr. Minchew asked if Buffington was texting them. The other Supervisors read their texts with Buffington into the official meeting record. Minchew accused the Supervisors of a “blatant” Virginia Freedom of Information Act violation. Mr. Minchew’s appeal to the open government laws at least gave him and the grocery an opportunity to respond to criticisms submitted off the record. However, VFOIA can’t really be used make the Board to give the grocery the decision they want.

Loudoun County Attorney Leo Rogers reviewed these text messages. Rogers, in consultation with the Virginia Coalition for Open Government, reached an opinion that the Buffington-instigated texts did not violate the FVOIA:

First, given that the text messages were exchanged between only two Board members, there was no participation in the meeting itself. A public meeting of the county’s elected body is defined under FOIA as a meeting of three or more Board members.

Second, in order to be an electronic communication under FOIA, there needs to be an audio or visual component, which the text messages did not include. In any event, in order for a FOIA violation to be actionable, it must be done “willfully and knowingly,” and there is no evidence that is the case.

Of course, Mr. Rogers only speaks in his role as an advocate and advisor for the County. Harris Teeter could try to bring a legal action in court to obtain a ruling. However, what Harris Teeter wants is to gain an edge on its competitors in the mega-grocery field. They are more interested in the ultimate decision that the Board will make than a mere FOIA issue. After the incident, Buffington publically expressed regret that his actions may have caused a perception of wrongdoing by the public.

County supervisors and other elected officials reading the opinions of the county attorney and FOIA council are probably breathing a sigh of relief. Undoubtedly, board members everywhere make all sorts of communications with one another that it would be unduly burdensome and unnecessary to put on the record. The Harris Teeter hearing illustrates why it pays to make inquiries to find out what off-the-record communications shape governmental decisions that affect how many people a grocery store will give jobs, serve goods or delay commutes. The same can be said for HOA and condominium board and committee deliberations.

The Transportation & Land Use Committee hearing was broadcasted. Mr. Buffington or any other interested party could stream it on their computer or mobile device. Lawyers represented the interests of Harris Teeter and Loudoun County. Local newspapers quickly covered the scoop for the interest of county voters. At stake is the identity of one of the fastest growing counties in the nation. In this instance, the recording and inquiries allowed the threats to transparency to be quickly addressed.

In many condominiums and homeowners’ associations, these safeguards do not practically exist. HOA board and committee meetings aren’t broadcast on television. Meetings are recorded in brief minutes, if at all. The news media are unlikely to commit personnel and resources to covering HOA controversies unless something juicy erupts. Owners rarely bring legal counsel to HOA hearings. Owners frequently complain that their Board’s ruling clique keeps them in the dark. The Virginia Property Owners Association Act and the Condominium Act contain statutory protections of the integrity of HOA meetings and owners’ rights to review records. Although most Associations would rather simply disclose the requested meeting records than defend an owner’s lawsuit, few owners take advantage of their rights. On a practical level, the association president, board majority, Association lawyer and property manager make many decisions without the “open government” sunshine that many owners want. HOAs present themselves to state and local policymakers as mini-governments that relieve county budgets from service obligations in entire communities. For many people, their neighborhood community is the least transparent “government” making decisions that affect their lives. It should be the other way around.

VFOIA is a useful tool for property owners in construction cases as well. Contractors must obtain county approvals and inspections throughout the construction process. The local government maintains records of all of these applications, permits, inspections, correspondence and other documents. Owners can use VFOIA requests to find useful information for construction disputes with the builder.

Property owners don’t have to be big grocery store chains to protect their rights and get their voices heard before their local elected government officials and HOAs. HOA and local government boards and committees have legal counsel and managers on their team. Owners need to have a “team,” which could consist of like-minded neighbors, sympathetic board members, attorneys, CPAs and others. With help, owners can understand the laws and governing documents. “Walking on sunshine” can help owners protect their rights and make smart decisions.

Va. Code § 55-510.1. Meetings of the board of directors (Virginia Property Owners Association Act)