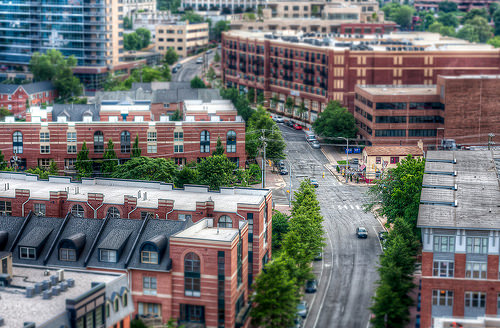 In this blog and in my law practice, I focus on practical solutions to clear & present legal dangers to property rights of owners of properties in HOAs, condominiums or cooperatives. Many raise questions about getting attorneys fees awards against HOAs. This is an interesting topic in community associations law, where the outcomes of many disputes have a direct or precedential impact on other owners in the community. In my last blog post, I discussed a couple of 1990’s Virginia court opinions where owners’ counsel used an old English common law doctrine to solve modern HOA litigation problems. The doctrine of “virtual representation” allows individual owners to bring to complaints of general concern without naming every owner in the community as a plaintiff or defendant. Where the actual, named parties to the lawsuit fairly represent the interests of other members who are too numerous to add to the court case, the judge can nonetheless render a decision that binds all impacted parties. For example, a “representative” owner may bring a court case challenging an election or the validity of board resolution and the final order binds all members impacted by the election or board action. The doctrine of “virtual representation” solves a couple obstacles to owners gaining effective access to the legal system.

Today’s post discusses the problem of “free-riders” who may reap a benefit from other owners virtually representing them and footing the bills. In litigation, HOA boards draw upon the benefit of insurance policies, loans or assessment income to finance their legal expenses. The board may protract the dispute in a desire for a precedential effect or to simply wear down the owner. There is a case presently before the Supreme Court of Virginia where an owner accuses her association of the latter. Martha Lambert had a claim for $500.00 for reimbursement for certain repairs she made herself that were the responsibility of Sea Oats Condominium Association, Inc. The board’s lawyers defended the claim with time consuming motions and discovery normally used in cases where the amount in controversy is much larger than $500.00. Ms. Lambert “won” in the Circuit Court of Virginia Beach on what the judge described as a “close call.” The judge told the owner’s lawyer he did a “magnificent job” and reasonably pursued the case. However, the court only awarded $375 in attorney’s fees out of the full $9,568.50 amount Ms. Lambert incurred in the case. The only reason Ms. Lambert didn’t get the full amount was because the trial judge wanted to make an attorney’s fees award smaller than the $500 principal judgment. The Supreme Court accepted the appeal to determine whether the statute allowing for “reasonable” attorney’s fees required the Circuit Court to reduce the award to an amount in a nexus to the principal judgment awarded. Lambert accuses Sea Oats of engaging in “stubborn & obstructionist tactics.” Kevin Martingayle, Counsel for Ms. Lambert describes the trial judge as punishing the homeowner for vindicating her rights and discouraging others from doing the same when necessary. At stake is whether one party can get away with not performing their covenanted obligations because a lawsuit would add insult to injury.  Lawyers practicing in the community associations arena around the state will watch to see what the Supreme Court does with this case.

The outcome of Lambert vs. Sea Oats only appears to directly impact the association and Ms. Lambert. In other HOA lawsuits, the rights of other owners are directly impacted by the outcome. What if, hypothetically speaking, a condo association caused injury to an entire floor of condominium units. One owner decides to sue. A plaintiff may find herself shouldering the burdens of similarly situated owners (“free riders”) not joining the suit or otherwise helping to pay for the legal expenses incurred by the plaintiff. Under many HOA governing documents and state statutes, the prevailing party at trial is entitled to an award of reasonable attorney’s fees against their opponent. What about the portion of a prevailing owner’s legal expenses which is attributable to representing the interests of similarly situated fellow members who are not official parties to the lawsuit? Would this provide a separate basis for an award of attorney’s fees reflecting the realities of “virtual representation?”

Since the 19th century, Virginia’s common law tradition of judicial precedents protects representative plaintiffs from the burden of the “free rider” problem. In “virtual representation” cases, the prevailing party may recover in their attorney fee award for legal expenses incurred in achieving the common benefit:

It is a general practice to require, when one creditor, suing for himself and others, who may come in and contribute to the expenses of suit, institutes proceedings for their common benefit, that those who derive a benefit shall bear their proportion of the expense and not throw the whole burden on one.  This is equitable and just.  But it only applies to those creditors who derive a benefit from the services of counsel in a cause in which they are not specially represented by counsel.  If a creditor has his own counsel in a cause, he cannot be required to contribute to the compensation of another. Stovall v. Hardy, 1 Va. Dec. 342 (1879), quoted in, DuPont v. Shackelford, 235 Va. 588 (1988).

Virginia courts apply this “common fund” doctrine in awarding attorney fee awards in creditor suits, securities lawsuits, civil rights cases, trust & estate litigation and other representative litigation. In 1999, the Circuit Court of Winchester applied it in the context of a dispute among members of a defunct nonstock corporation over the proceeds of liquidated assets. Most community associations in Virginia are incorporated under the Virginia Nonstock Corporation Act.

The Supreme Court of Virginia recognized that the common fund doctrine serves to eliminate “free rides” that would unfairly burden litigants in cases that directly impact a class of represented parties not retaining counsel in the lawsuit:

The essence of the common fund doctrine is that it would be unfair to permit one party to retain counsel, to file suit, to secure a benefit that all will share, yet to leave the full cost of the effort upon the one party who initiated the suit while others who will share the proceeds make no contribution.  If others are to sit idly by and reap the benefits of one litigant’s labors, the idle parties should share in the cost of those labors.  In short, the common fund doctrine is aimed at preventing “free rides.” See J. P. Dawson, Lawyers and Involuntary Clients: Attorneys’ Fees From Funds, 87 Harv. L. Rev. 1597, 1647 (1974), quoted in, DuPont v. Shackelford, 235 Va. 588 (1988).

The common fund doctrine extends beyond cases where there is an actual “fund” of money to included cases where there may be some sort of injunctive, declaratory or equitable remedy that does not have a specific dollar amount associated with it.

I am not aware of any published judicial opinions where a judge has considered the “common fund” doctrine in representative plaintiff litigation specifically involving HOAs or condominiums. However, the Property Owners Association Act and the Virginia Condominium Act provide for “prevailing party” attorney’s fees. Is there any reason why the common fund doctrine should not be applied to avoid free riding of representative plaintiff litigation against community associations? I see no obstacle to use of this doctrine for such in a proper case.