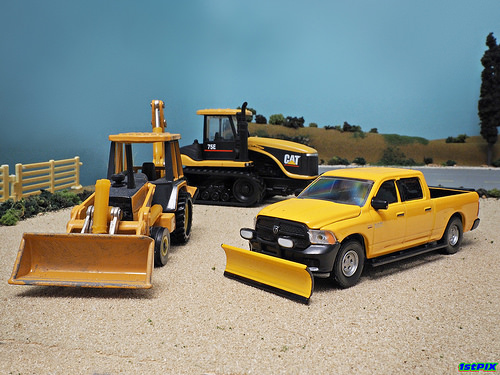 There is a lot of litigation and arbitration in the construction contracting industry. Most of these cases are disputes over whether the contractor did the work and if so, whether it has been appropriately compensated under the terms of the agreement. Some construction disputes include allegations of deceptive practices. Virginia law approaches unprofessional practices in the construction contracting industry in two ways: First, construction contractors must obtain licenses to do business here. A builder is subject to professional sanction if the Board for Contractors finds that the conduct violated regulations. There is a fund managed by the board, from which unsatisfied claims may be paid if certain criteria are met.  Second, owners, general contractors, subcontractors and other parties can bring lawsuits (or where agreed, arbitration claims). Can residential owners bring Virginia consumer protection claims against contractors? Parties unfamiliar with these rules often need help navigating the legal system to protect their rights.

In the 1970’s, the General Assembly adopted the Virginia Consumer Protection Act (“VCPA”). The main purpose of the VCPA is to make it easier for consumers (including homeowners) to bring legal claims against suppliers for deceptive practices. Before the VCPA, consumers had to prove fraud. Suing for fraud is attractive because a court may award attorney’s fees or punitive damages for fraud. However, fraud carries a higher standard of proof and many defenses that the consumer must overcome. In a proper case, the VCPA allows for tripled damages and attorney’s fees. The legislature has exempted certain types of real estate related business activity from the VCPA, including regulated lenders, many landlords and licensed real estate agents. What about contractors? Are contractors subject to professional regulation and exempt from the VCPA? Last month, the Circuit Court of Loudoun County considered this question in a lawsuit arising out of a residential custom contracting dispute.

Closing the Sales Process for the Custom Residential Construction Project:

On May 20, 2015, licensed contractor Interbuild, Inc. made a written agreement with Leslie & John Sayres for the construction of a large recreational facility on their property. The Sayres agreed to pay $399.624.00 for what would include a batting cage, swimming pool, exercise area and bathroom. According to the Sayres, they relied upon certain false representations by Interbuild in their decision to move forward with the contract. They allege that Interbuild told them the following:

On October 20, 2016, attorney Chris Hill discusses this Sayres opinion in his Construction Law Musings blog. He observes that many of the alleged misrepresentations sound like things that would be specifications or terms of the contract. Hill raises concerns expressed by Interbuild’s lawyers that the Sayres complaint attempts to transform a breach of contract case into a fraud claim. I agree that this fraud in the inducement claim will be a challenge to pursue. However, I think that some of the fraud claims described in the Sayres counterclaim sound more like promissory fraud than anything else. Under Virginia law, promissory fraud occurs when one party makes a promise to the other that they have no intention of keeping, and the listener relies upon this empty promise to their detriment. In July, I  blogged about this in the foreclosure context. If a false promise remains fraud even after reduced to a contract, then the Sayres fraud in the inducement claims make more sense.

Some of these alleged misrepresentations appear potentially more serious than others. While contract management experience is important, the Sayres contracted with Interbuild for a certain result. The experience was not an end unto itself. A missing permit could become a problem if the county later decided that the construction was not code-compliant and wanted substantial, costly corrections.  The subcontractor pricing could become an issue if it could be proven that Interbuild was effectively unable to complete the job from the get-go. A contractor is required to provide adequate supervision regardless of what is represented. Rarely will you see a written agreement that absolves a contractor of this. In a proper case, courts will award damages for delay. However, the Sayres would have to prove that they relied upon the agreed delivery date. I suspect that this lawsuit is not about the Sayres inconvenience of continuing to exercise in a different place. The strength of the concrete raises serious structural questions, but would require proof by expert testimony. Building the project on the spot where the customer wants is indeed a fundamental issue. However, it might be shown that the location under the contract is unfeasible due to site conditions or that the difference is only slight. In general, the damages must flow from the misrepresentations. Courts are reticent to award a windfall to purchasers if the lies are of minimal consequence.

After paying most of the purchase price but before completion, the Sayres terminated the contract. Interbuild sued for work that was allegedly performed but not paid for. The Sayres filed counterclaims for fraud in the Inducement, VCPA and breach of contract.

Fraud in the Inducement:

Interbuild sought a court ruling on whether the Sayres could move forward with their fraud in the inducement and VCPA claims. The Contractor argued that the fraud claim should be thrown out. Interbuild maintained that the fraud claim was not proper because the customer only alleges that their expectations under the contract were disappointed. In its September 8, 2016 opinion letter, the Court dispensed with this argument, distinguishing between fraud inducing formation of the contract and fraud in the performance of the contract. The court found that the counterclaim clearly alleged that the misrepresentations were made to convince the Sayres to sign the contract. Because the alleged fraud occurred before the contract came into being, the claim is not alleging disappointed contractual expectations.

When legal disputes arise, owners and contractors frequently focus their attention on things that were most recently said or done. A contractor may be unhappy about an owner’s hands-on attitude about a project. Customers may take offense at the contractor’s customer service. However, the case might be about fraud in the inducement issues that come from the sales process. In the Sayres case, the judge allowed the fraud in the inducement claim to move forward.

Interbuild adopted a different approach in its attempt to get the Sayres’ VCPA claim dismissed. The contractor argued that since it is subject to regulation as a licensee of the state contracting board, it is exempt from the consumer protection statute. While the VCPA does not specifically name contractors as exempt, it does exclude “any aspect of a consumer transaction which aspect is authorized under laws or regulations of this commonwealth. Va. Code § 59.1-199. Contractors are subject to state regulation by Va. Code § 54.1-1000, et seq. In his opinion, Judge Douglas L. Fleming, Jr. followed judicial precedents distinguishing between consumer transactions that are specifically sanctioned by law vs. those that are merely regulated. The absence of a prohibition of a particular practice does not constitute authorization of that practice. Since the professional regulations do not specifically cover the particular types of business practices at issue, this statutory exemption does not protect the contractor from suit. The court found that the alleged misrepresentations are the kind of practices that are actionable under the VCPA. This is consistent with other rulings made by Virginia courts in cases between consumers and construction contractors.

The VCPA also provides that a consumer may sue a contractor for not having a license. Interbuild argued that because it had an active contracting license it was exempt from the VCPA. Since Interbuild is subject to license revocation for conduct that violates professional regulations, that should be the sole remedy under the state statutes. Judge Fleming rejected this argument, observing that the state’s licensure regulations do not, “inferentially cloak licensed contractors with VCPA immunity if they are shown to have committed deceptive practices.” In short, a professional license does not include with it a privilege to engage in fraudulent behavior.

News reports frequently raise public policy questions about professional regulation. Each year, more occupations become subject to licensure requirements. Usually this means that the leaders in that industry regulate its participants by means of a state board. Too often, self-regulating industries use these boards to protect prominent members against competition. Consumers look to the boards for relief from predatory practices, but are often frustrated by the results. Interbuild’s arguments seem to appeal to this notion that as a licensee, its customers should have to go through the board if they want a special remedy. Bear in mind that there is a public demand for housing prices to go down. Builders have a more organized lobby than consumers regarding professional regulation and limiting liability for extra damages in lawsuits. Given market demands, I wonder how close the General Assembly is to exempting contractors from the VCPA. The construction industry provides many jobs to Virginia. However, I think that the public’s interests would not be served if quality and service were sacrificed for job creation and affordability concerns. A defect-riddled house is the most unaffordable of investments to its owner and doesn’t help the “property values” of others.

All the September 8, 2016 opinion decided was that Interbuild’s counterclaims may move forward in litigation. Even under the lower standards and enhanced remedies of the VCPA, claims based on deception are difficult to prove and obtain an award of damages.

When disputes arise over custom construction contract projects, the parties cannot rely upon the board of contractors or the county’s permitting office to advocate or mediate for them. When payment issues, construction defects or other disputes arise, the services of an experienced construction litigator are necessary to protect one’s best interests.

Phil’s 1stPix Too Many Tonka Toys? via photopin (license)