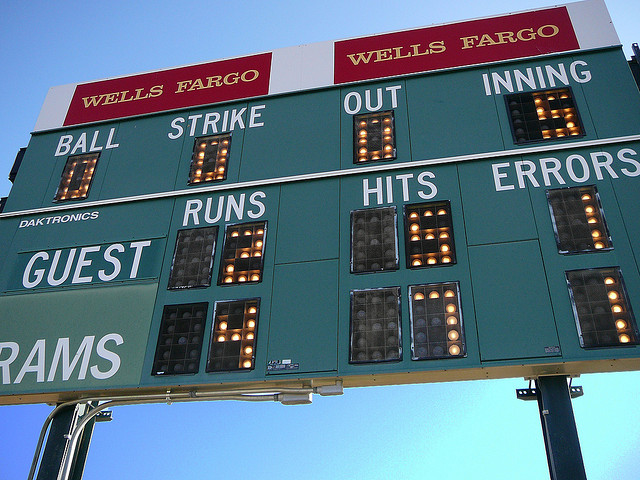 A complex case goes to trial. The parties, witnesses, jurors and lawyers endure weeks of frantic preparation, arguments and witness testimony. Near the end, the defense lawyer faces the jury to deliver his closing argument. He does not want to let his client down by failing to effectively communicate. However, while articulating his client’s position, he admits a key fact.

Perhaps his opponent writes this judicial admission down on a legal pad, shifts back in his chair, smiles modestly and relaxes muscles that have been tense for weeks. Defense counsel concludes his argument. The Judge reads instructions to the jurors. After deliberation, the jury returns with a verdict completely in favor of the defendants, contrary to the admission! Surely relief from the verdict is available, at least on the point of the judicial admission? What amount of jury supervision can attorneys and their clients expect from a trial judge in similar situations?

In June 2013, William Nickerson, a Senior Federal Judge in Maryland, faced a similar situation. He ruled that the plaintiff’s lawyer’s failure to move to revise the jury instructions after the closing arguments rendered the defense lawyer’s admission not binding. On August 5, 2014, Federal Court of Appeals upheld this decision. (This appeals court has authority to also hear appeals from federal trial courts in Virginia) This case illustrates how attention to detail and quick decision-making in jury trials challenges even seasoned litigators. An attorney and client should not bring a lawsuit unless they are willing to prepare to take the case to trial. They must also have sufficient risk tolerance to permit the result to be determined by disinterested judges and jurors.

Ms. Minter and other common customers (but not me) became dissatisfied with the services of Long & Foster and Prosperity and filed a class action lawsuit. They alleged that Wells Fargo and Long & Foster created Prosperity as a “sham” in order to skirt legal prohibitions on “kickbacks” obtained in settlements that were inadequately disclosed to the consumers. They brought their class action under the Federal Real Estate Settlement Procedures Act.

The trial court certified the plaintiffs class action except for certain claims that could only be brought if Prosperity customers were actually referred by Long & Foster. Those potential claims were set aside for a future, separate trial. In order to get a trial on those other claims, the court required a factual finding at the first trial that Long & Foster referred the plaintiffs to Prosperity.

The jury received extensive evidence in the 17 day trial. Near the end, Long & Foster lawyer Jay Veron presented a closing argument, including, “I think the only thing I agree way (sic) for sure is that Long & Foster did refer the named plaintiffs to Prosperity. There’s no dispute about that.” The jury received predetermined instructions from the Judge. These included Verdict Question No. 3:

Have Plaintiffs proved, by a preponderance of the evidence, that Long & Foster Real Estate Inc., referred or affirmatively influenced the Plaintiffs to use Prosperity Mortgage Company for the provision of settlement services.

This question was almost identical to one proposed by the Plaintiffs’ lawyers. After deliberation, the jury answered “No” to Question No. 3.

The consumers’ attorneys moved the court to set aside the jury’s verdict and order a new trial. Counsel argued that Long & Foster’s factual concession during the closing arguments constituted a “judicial admission” that bound Long & Foster in the case.

What is a Judicial Admission? The Circuit Court opinion explains that under federal evidence law, they are a representations by a party or their agent that are conclusive in the court case unless the judge allows them to be withdrawn. They can occur in pleadings, discovery or at trial. The are not limited to written communications. Judicial Admissions include intentional and unambiguous waivers that release the opposing party from its burden to prove the facts necessary to establish the waived conclusion of law.

For these reasons, lawyers routinely counsel clients with strategies designed to avoid making undesired admissions regarding issues in controversy.  Even if an admission does not achieve binding effect, it remains fertile ground for cross-examination and falls outside the protection of a hearsay objection.

Mr. Veron’s decision to tell the jury that there was no dispute whether Long & Foster referred the plaintiffs to Prosperity was significant. Perhaps he thought that the jury would think this anyway and that he needed to concede this in order to maintain credibility. The jury either wasn’t listening, didn’t understand or believe him. In many trials, the jurors’ least favorite parts are when lawyers are talking. Veron achieved a complete victory by failing to effectively communicate what he was trying to say to the jury. In the words of the prison warden in the 1967 film, Cool Hand Luke, “What we got here is a failure to communicate.” In a 17 day trial, there is bound to be some mis-communication.

The plaintiffs’ attorney needed the Court to accept Mr. Veron’s admission for the consumers to get another trial on separate, related claims predicated on that admitted fact. Plaintiff’s counsel moved to have the jury verdict set aside as contrary to the admission and the evidence. The Judge Nickerson rejected the motion for a new trial, explaining that:

. . .the Court is troubled by the fact that the supposed admission is being raised for the first time post-verdict. While the time between [Long & Foster counsel’s] statement and submission of the case to the jury was indeed short, the Court believes is was sufficient amount of time for Plaintiffs to reconsider the task with which the jury would be charged in light of counsel’s statement, and to raise the supposed admission with the Court and with counsel. Obviously, Plaintiffs did not . . .

Trial advocacy involves knowing when to interject with objections and motions and when to allow the case to simply flow on. In this 17 day trial, undoubtedly there were many objections and motions made by both sides calculated to steer the outcome. However, a trial attorney cannot object or make a motion whenever his opponent tries to accomplish anything. Judges and juries become weary of frequent interruptions of the flow of testimony. When Long & Foster’s attorney made this admission to the jury, the consumers’ lawyer may have thought: “Finally, something unobjectionable and consistent with what I have been saying for the past 17 days.” Unfortunately, by not moving to have the jury instructions and verdict forms changed to reflect this stipulated fact, the jury was permitted to decide it. The jury probably was not aware that there was a whole separate trial that could be precluded based on that factual finding. In the end, the joint venture known as Prosperity Mortgage survived this class action assault.

This Minter trial has several takeaways:

I sympathize for the class action plaintiffs lawyer. He showed opposing counsel respect by assuming that the jury would listen to the judicial admission and decide their verdict in accordance with the fact not in controversy. He also exhibited respect for the jurors, whom he assumed would draw the conclusion based on the arguments and weight of the evidence. He also respected the judge’s desire not to have yet another matter to quickly rule on.

This case illustrates that any system of justice administered by humans will run the risk of inscrutable results. A qualified trial attorney serves clients by managing these risks arising from unresolved legal disputes. This is accomplished through commitment to client service, zealously pursuing the clearest path to victory while exploring reasonable settlement opportunities.

This is Part One in a series of blog posts about the Minter v. Prosperity Mortgage, et al. case. Part Two is about certain challenges to credibility made in closing arguments.