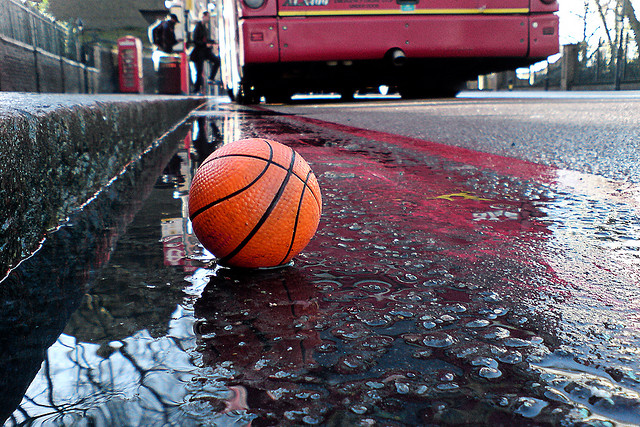 Earlier this week, the National Basketball Association imposed a lifetime ban on Donald Sterling, owner of the Los Angeles Clippers. Adventuress Vanessa Stiviano recorded racist and demeaning statements made by Sterling about Basketball Hall of Famer Earvin “Magic” Johnson. The recordings subsequently leaked to the public.

In 1991, I watched the first NBA Finals for the first time. Magic Johnson led the Lakers against Michael Jordan’s Chicago Bulls. The 1991 Finals made me a basketball fan. Magic was one of my favorite professional athletes. The news about Don Sterling is offensive and bizarre. Why is this scandal happening?

On March 7, 2013, Sterling’s wife, Rochelle, filed a lawsuit against Ms. Stiviano. The lawsuit alleges that Stiviano seduced Don for money. According to Rochelle, Stiviano used marital funds to purchase a $1.8 Million dollar duplex home in Los Angeles in December 2013. Rochelle seeks a court order reforming the deed to identify herself and her husband as the proper owners.

The LA Times reports that Mr. Sterling told Clippers President Andy Roeser that Stiviano said that she would “get even” with Rochelle for filing the lawsuit. Apr. 26, 2014, Bettina Boxall, Sterling’s Wife Describes Alleged Mistress as Gold Digger in Lawsuit. I wonder if Stiviano has additional embarrassing Sterling recordings that she has not yet leaked. There is a controversy over whether the recordings were consensual. How are these leaked recordings related to the lawsuit?

Rochelle alleges that Donald Sterling provided the money for Stiviano to purchase the duplex, “with the understanding that the Property would be owned by [Donald and Rochelle Sterling] and title would vest in the name of [Rochelle] and D. Sterling.” Curiously, Donald is not a Plaintiff or Defendant to this lawsuit where the spouse sues paramour. Rochelle alleges that, “D. Sterling either gifted said Property to Stiviano, without the knowledge, consent or authorization of Plaintiff, or, in the alternative, Stiviano fraudulently and wrongfully caused title to the Property to vest in her name.”

Stiviano’s response focuses on the confusing and contradictory nature of Rochelle’s pleading. Her lawyer makes a few key arguments on demurrer:

I try to avoid predicting the outcome of pending motions, especially those in California, where I do not practice law. Can a California Judge base a ruling on new facts introduced by a defendant on demurrer?

Rochelle alleges that she and Donald are the real owners of the duplex because either:

These allegations seem contradictory. In the first case, there was an intention for the paramour to be the nominal purchaser for the benefit of the husband and wife. Did Rochelle condone Don’s relationship with Stiviano? The alternative alleges waste of marital assets, but outside a divorce proceeding. The “constructive trust” remedy sought by Rochelle is a flexible one. However, a spouse usually cannot invalidate transfers to a “other woman” absent theft, fraud, incapacity or other conduct that voids the intent of the philanderer.

This demurrer is set for hearing on July 8, 2014. Many things could happen before then. Don Sterling’s health is an issue. The media will shift their focus to other sports after the NBA Finals and Draft wrap up in late June. Will the NBA successfully force Sterling to sell the Clippers? His lawyers will research the admissibility of the Stiviano tapes thoroughly. Regardless as to how deep they go into the playoffs, the Clippers will have an eventful off-season.