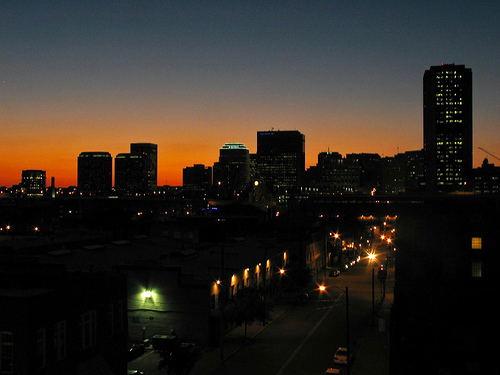 You May Be Targeted for Condominium Termination

When I was in grade school, one of the most discussed films was The Terminator (1984). Long before he became the “governator” of California, Arnold Schwarzenegger starred as a cyborg from 2029. A world-dominating cloud computing program sent the Terminator to assassinate the future mother of the leader destined to save humanity. Growing up in a family with four kids, my parents didn’t take us to the theater too often, especially ones like that. I initially learned about the Terminator through oral accounts from my classmates. In 2015, we are now about halfway to the date of the fictional dystopia that this monster came from. Luckily, we don’t have to deal with time-traveling robotic assassins yet. While this movie was science fiction, it was popular because it triggers fight-or-flight emotional responses from its audience.

In the world of condominiums, the threat of ownership termination creates fear, hardship and uncertainty. It is the job of owner’s counsel not to defeat robots but to provide counseling and advocacy to protect hard-earned property rights.

What is condominium termination? One of the unique features of condominium law is that under the law of many states, including Virginia, a super-majority of unit owners have the right to sell all of the units and common areas to an investor without the consent of the dissenting owners and directors. Condominium owners share walls, floors, ceilings, roofs, structural elements, and foundations with their neighbors, and these things can all fall apart. It makes sense to have a legal mechanism to address dire situations where the entire condominium can be liquidated so owners can cut their losses.

These legal procedures typically start with a super-majority, usually it is around 80%, adopting a formal plan of termination. Usually the Board of Directors of the association becomes the trustee of all of the property in termination. The Board hires appraisers to determine the fair market value of the individual units. The trustee enters into a contract with a purchaser for all of the real estate. The mortgage lenders, attorneys, settlement agents, appraisers, unit owners, etc. are all paid out of the proceeds of the sale to the investor. The termination provisions of the Condominium Act and the governing documents of the association provide framework for the process. On paper, the concept of condominium termination sounds like a reasonable accommodation for a super-majority consensus to address an extreme situation.

Unfortunately, now investors use the condominium termination statutes in ways that were probably not anticipated by the legislatures. Prior to the collapse of the real estate market in 2008, investors and developers converted many apartment buildings and hotels to condominiums. When the condominium market deteriorated, many associations found themselves with one investor owning a large number of units. The “bulk owner” controlled the association through its super-majority votes in owners meetings and on the board of directors. Certainly a less than ideal situation, especially for owner-occupants.

The bulk owners discovered the condominium termination statute. With their super majority votes, they had a legal theory upon which to sell all the units, including those of the minority owners to an investor, usually a business affiliate of the same bulk owner. Because the bulk owner controls the board of directors, they influence which appraisers calculate the respective values of the units. They also control the total purchase price where the bulk owner is, practically speaking, selling everything to itself.

The potential for self-dealing and abuse of property rights is obvious. The bulk owner naturally wants the unit appraisals and the overall purchase price to be low, to make the transaction more profitable. The governance of the association provides no real checks and balances or oversight because of the super-majority interest. Many associations use the flow of documents and financial information strategically. In adversarial situations, it is common to make only the legally-minimum amount of disclosures. In terminations, individual owners are left wondering what is happening, why and what rights they have, if any.

In The Terminator film, the bodyguard for the human target of the robot explains to her: “Listen, and understand. That terminator is out there. It can’t be bargained with. It can’t be reasoned with. It doesn’t feel pity, or remorse, or fear.” Unassisted by counsel, condo unit owners have a frustrating time trying to communicate with the other side in termination proceedings.

According to the Florida Department of Business and Professional Regulation, since 2007 there have been 279 condominium terminations in the Sunshine State alone. See May 4, 2015, Palm Beach Post, “Condo Owners Win Protections, but Do They Go Too Far?” Faced with public outcry over loss of their homes or retirement income at grossly inadequate compensation, the Florida legislature recently passed HB643 to reform the condominium termination statute. While I am not a Florida attorney, I have a few observations:

This statute revision provides additional detail about the respective rights of bulk and individual owners in condominium terminations. Unfortunately for the individual investors, it continues leaving the procedures (largely) self-regulated by the bulk investors and their advisors. The termination provisions in each state are different. Other state condominium acts may not address bulk ownership like Florida. Virginia’s hasn’t been revised since the 1990’s.

In order to terminate a marriage, corporation or other legal entity in a situation where the parties are deadlocked, usually the party seeking termination must file a lawsuit. If there is more than one owner on a deed to real estate, absent an agreement to the contrary, a suit must be filed before the parcel can be sold or sub-divided. Condominium terminations remain one of the few circumstances where super-majority owners have a procedure to self-deal in the property rights of minority stakeholders with little oversight.

If you own an interest in a condominium unit and received a notice indicating that another owner has proposed termination to the association, contact a qualified attorney immediately to obtain assistance to protect your rights. The application of state law and governing documents to the facts and circumstances are unique in each case. 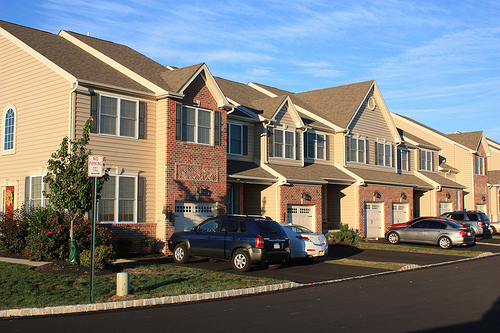 Homeowners often acquire the impression that the HOA Board of Directors and property managers act in unison. However, there are often dissenting directors in homeowners associations. Homeowners seek changes to improve their community. Enough of her neighbors agree to get her elected at the annual meeting. Once they attend their first Board meeting as a director, they discover that the property manager is handling the day-to-day affairs of the association. The volunteer board only meets every so often. The majority of directors may find the property manager’s services and information acceptable. If the new director disagrees with a proposal, she is outvoted by the majority and perhaps informally by the property manager, association attorneys, etc. In the Hebrew Scriptures, the Lord spoke to the prophet Elijah not in an earthquake, hurricane, wind or fire, but in a “still small voice.” 1 Kings 19: 11-13. Dissenting directors in homeowners associations may feel sometimes like a still small voice in the wilderness. Even when it may not be immediately fruitful, small voices may nonetheless be influential voices. The rights to speech, due process and private property are related.

Homeowners frequently hear that they must support increase assessments and fines because the policies “protect property values.” However, the value of a home reflects, in part, the extent to which its use may be maximized by its residents. In my opinion, restrictive covenants can decrease the value of property. Where the covenants are reasonable and the association is well run, the benefits of membership may meet or exceed the “cost” of any restrictions and assessment liability. While potential buyers may notice the appearance of neighboring property, they make their decision primarily on the home on the market. For example, if a neighbor has peeling paint on her deck, that practically affects the value of that property and not its neighbors.

Some might object on the grounds that this reasoning is selfish and that really, “we are all in this together.” However, the individual property rights of one neighbor are precious to all neighbors. An assault to the rights of one threatens the rights of others similarly situated.

In a similar way, when dissenting voices on a Board of Directors represent a genuine concern about the governance of the association, they have great deliberative value even if they don’t carry a majority vote. In the association, the property manager and other advisors serve at the discretion of the board as represented by the majority. Association attorneys can be expected to be competent and professional, but they advocate for the legal entity. A dissenting director cannot reasonably expect the association’s advisors to provide her with independent counsel. So, what rights and responsibilities to dissenting directors have in a Condominium or HOA? Here are a few key considerations:

In most situations, dissenting directors in homeowners associations will not need to retain independent legal counsel. However, if you are a director or committee member experiencing a legal dispute adverse to the association, contact a qualified attorney to protect your rights.

photo credit: East Norriton Townhouses via photopin (license)(photo depicts homes in Pennsylvania and not matters discussed in this blog post)