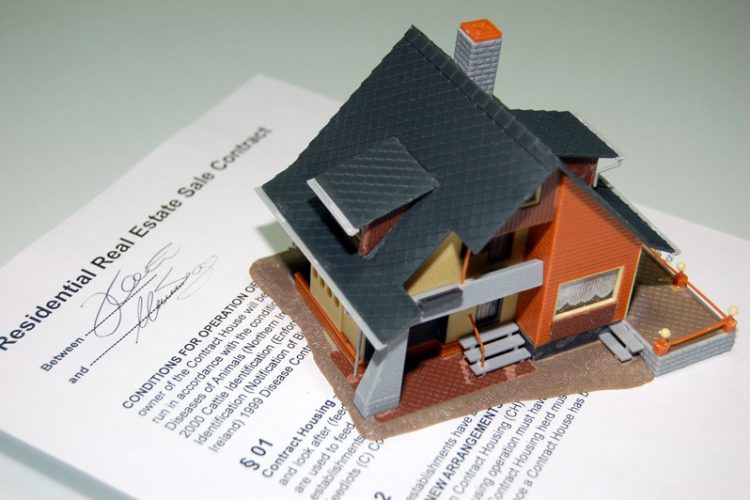 Your typical disputes over an earnest money deposit as liquidated damages in residential real estate sales go something like this: Home buyers decide to submit a contract and an earnest money deposit as an offer to purchase the property. Before closing, the buyer cannot find financing or discovers a defect with the home. If the buyer still has a contingency she can exercise to get out of the contract, then usually there is not a problem with return of the deposit. Where the seller is worried about finding another buyer and there is no applicable contingency, there might be a dispute over who is entitled to the escrowed funds. In scenarios falling within this classic dilemma, the common fact is that the realtor, seller or some other escrow agent holds the buyer’s funds until they are dispersed pursuant to the sales contract.

What if the buyer signs the contract but never submits the deposit and does not go to closing? Can the buyer still be liable to the seller in the deposit amount? The Circuit Court of Fairfax County, Virginia, recently held that contract default language in a National Association of Realtors form was unenforceable as written under this scenario.

In April 2012, Sagatov Builders, LLC entered into a contract to sell Christian Hunt a residential property in Willow Creek Estates in Oakton, Virginia. The contract required Mr. Hunt to submit a $50,000 deposit within 5 days of the issuance of the building permit. The seller submitted the approved building permit to Mr. Hunt in September 2012. According to the Complaint, Mr. Hunt failed to make the deposit or to go to closing. According to Redfin.com, the property was sold on Dec. 13, 2013 for $2,775,000. Perhaps Sagatov suffered some expenses and inconveniences associated with having the property tied up with Mr. Hunt during peak home selling months. Sagatov’s website has an advertisement for the completed property, including pictures and a description. In April 2014, Sagatov Builders filed a lawsuit against Mr. Hunt for the unpaid $50,000.00 deposit as liquidated damages for his breach of the contract.

Why is Sagatov seeking the deposit amount as liquidated damages instead of a calculation of actual damages suffered? The parties used a National Association of Realtors Sales Contract for Land form No. W-48C (VA) dated 6/95. Section 21, entitled, “Default,” provides that:

On its face, this provision would seem to give the seller the option of retaining the deposit as liquidated damages and/or going after the buyer for additional damages. What are “Liquidated Damages” in Virginia? Attorney Lee Berlik defines them in his blog post as:

[T]he amount of which has been agreed upon in advance by the contracting parties. When a contract contains a liquidated-damages provision, the amount of damages in the event of a breach is either specified, or a precise method for determining the sum of damages is laid out. This is often done in situations where the parties agree that the harm likely to be caused by a breach would be difficult or impossible to measure with any precision, so they agree on a figure in advance and dispense with the time and effort that would otherwise be involved in proving compensatory damages at trial.

Rather than litigating a hot mess of damages issues, parties can stipulate to liquidated damages in their contracts. So long as the liquidated amounts are not deemed a “penalty” by the Court, these provisions are enforceable. A few months ago I posted an article to this blog about how Courts seek to avoid imposing similar penalties in construing commercial lease acceleration of rents provisions.

Judge Maxfield declared the liquidated damages option in the contract to be unenforceable because:

I think that the drafters of the form (leaving aside for a moment the changes made by Sagatov and Hunt) contemplated that an escrowed deposit would become a potential source for payment of damages in the event of default. These default terms seem focused on avoiding a scenario where the escrow agent would have to release the deposit, only to watch an aggrieved party chase after those released funds in court. They seem to have tried to create a right to draw on an escrow in the event of a breach.

Virginia Lawyers Weekly reports that Sagatov will have an opportunity to re-draft its pleadings based on the Court’s ruling. It will be interesting if this case ultimately goes up on appeal to the Supreme Court of Virginia.

If the $50,000 deposit had been actually escrowed, would the Court’s interpretation and application of these Default terms be any different? If actual damages were less than $50,000, would drawing the whole amount constitute a “penalty?” What if expenses dealing with the dispute, such as attorney’s fees, were incurred by the seller?