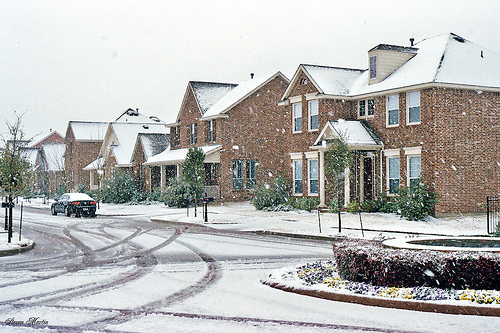 The proponents and critics of HOAs and Condominiums both tend to over-simplify the law and governing documents in a way that ignores many rights of owners (and boards). Some are explaining community associations law the wrong way. This area of the law is confusing, even to law school graduates and real estate professionals. Among the governing documents are declarations, bylaws, rules & regulations, architectural guidelines, articles of incorporation and amendments. Virginia law includes the Condominium Act, Property Owners Association Act, Nonstock Corporation Act, for the state Common Interest Community Board. This is not to mention federal laws such as the Fair Housing Act. On top of this you have the state and federal constitutions and published court opinions. If a legal dispute emerges between a board and an owner, the parties will struggle to determine which, if any of these statutes and documents apply to the situation. If more than one speaks to the problem, how do you reconcile ambiguities or discrepancies. Given the rat’s nest of law and governing documents, it is a challenge for anyone to quickly sort out these things without the assistance of legal counsel.

So how do you begin to explain community associations law? Most people are visual learners. They sort out complex matters faster with cartoons, charts and other graphics. Some lawyers practicing community associations law have tried to do this for association laws and governing documents. For example, an attorney in Washington State created this graphic. I’ve seen similar graphics for other states prepared by others. Charts like this don’t explain the hierarchy of authorities in a way that reduces confusion. I don’t want my readers to think that I’m picking on the author of this chart. Perhaps this is useful for Washington State. I will explain why this approach is unhelpful with respect to Virginia law.

The General Assembly enacts legislation and private parties join covenants and other contracts. The legislature declares what statutes say. The same can be said for private parties and contracts. Under our constitutional system, the judiciary’s mandate is to declare what legislation and contracts mean in the controversies brought in litigation. Sometimes this is easy because the “plain meaning” of a statute or contract is apparent on the face of the document. Often adversaries bring with them conflicting interpretations of documents or laws when they come into the courtroom. The contract or statute may not be clear on what remedies are available for breach of a statute or contract.

Often, the courts enforce claims, defenses and remedies that aren’t memorialized in any constitution, statute, regulation, contract, etc. Someone can read all community association legislative enactments and the association’s governing documents and not identify fundamental legal rights or duties that the owner (or board) may hold. This is because Virginia, like almost all other states, has “common law” legal doctrine enshrined in older case decisions that applies, except where abolished or superseded by statute:

The common law of England, insofar as it is not repugnant to the principles of the Bill of Rights and Constitution of this Commonwealth, shall continue in full force within the same, and be the rule of decision, except as altered by the General Assembly. Va. Code § 1-200.

American judges further interpreted the common law in case decisions applying it from 1776 to the present day.  The common law includes a highly-developed set of doctrines regarding property rights, covenants, defenses and court remedies. The Supreme Court recently published an opinion in Tvardek v. Powhatan Village HOA discussing how the common law disfavors restrictive covenants. Here is a link to my previous post discussing the Tvardek case. That case is still important even though the General Assembly enacted legislation in 2017 in response. Enactments of the General Assembly that strengthen the enforcement of covenants are narrowly interpreted by Virginia courts because they limit owners’ common law property rights. This means that the statutes are not interpreted to give HOAs broad powers. The authority must be sufficiently articulated. This is why the proponents of community associations are so active in state capitals.

What are these common law rights, defenses and remedies and why do they matter? There are too many to summarize in this blog post. I will provide one example. A declaration of covenants is a type of real estate contract. The Property Owners Association Act makes it easier for covenants to be legally enforced against owners (and associations) that allegedly breach them. But common law defenses to breach of contract are still available to oppose the legal action. For example, if a board is found to have clearly or consistently failed to enforce the architectural guidelines, then an owner may be able to assert common law defenses such as waiver, estoppel, abandonment of the restriction or acquiescence in the alleged violation. Common law defenses like waiver and estoppel don’t need to be in the governing documents or statutes to be asserted by the owner. Where applicable, the owner just needs to understand the definition of the common law defenses and whether they have been abrogated by statute or the covenants themselves. This is just one example of common law defenses. The Washington state community associations law graphic fails to show common law rights, defenses and remedies that are valuable to boards and owners alike.

The common law is a secret treasure trove to property owners defending themselves against board or neighbor overreach.  Property owners have legal rights that aren’t described in the statutes or governing documents. These rights don’t require wing-and-prayer appeals to various state officials or convoluted constitutional arguments. They are already there in legal treatises available in law libraries. In the fast-pace of litigation where parties don’t have months or years to sort out the diverse array of legal authorities and governing documents, owners need qualified legal counsel to help them identify and protect their rights.

Breach of Agreement to Purchase Insurance

To Whom Should Owners Turn with Contractor Complaints?