Should Homeowners Bring Complaints Against Contractors Before Courts or Regulators? 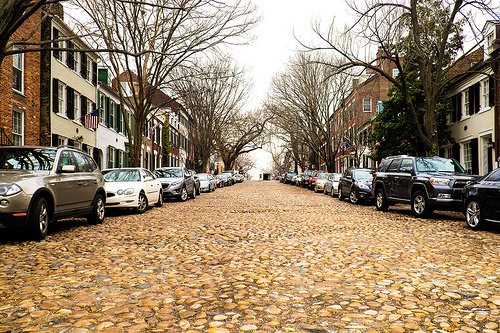 Property owners frequently have complaints about construction contractors. Some of these complaints involve thousands of dollars in damage or serious infringement upon the use or value of property. These property owners (and their attorneys) want to know who to turn to. Should homeowners bring complaints against contractors before courts or regulators? This question raises issues about how the government ought to enforce its laws and resolve disputes. There is a perspective that regulatory boards ought to be a welcome forum for owners threatened or damaged by alleged contractor misconduct. In this blog post I will explain why I believe that, for all its imperfections, the judicial system is the best venue for vindication of legal rights in consumer disputes.

In 2015, the Court of Appeals of Virginia decided an illustrative case arising out of a complaint of a home purchaser about the seller’s contractor. Around 2002, Mark Holmes purchased an Alexandria, Virginia home, including an addition constructed by Culver Design Build, Inc. Mr. Holmes was unhappy about defective construction of the addition. He went to the city government, whom the General Assembly tasked with enforcing the building code in his locality. The City Code Administration found extensive water damage caused by construction defects and issued a Notice of Violation to Culver. Holmes was not satisfied with Culver regarding corrective work, so he filed a complaint with the Virginia State Board of Contractors. Holmes asked the Board to suspend Culver’s license until it corrected the violation. Culver Design Build, Inc. argued that Holmes did not have legal standing to seek judicial review of the Board’s ruling because this was a license disciplinary proceeding. The Holmes case also includes issues about how deferential the courts should be to a licensing agency’s administrative rulings. This case is unusual in that Mark Holmes represented himself in his appeal to the Court of Appeals of Virginia. Mr. Holmes acknowledged that unlike the seller, he lacked the privity of contract with the contractor which potentially could be used to go to court in breach of contract. The Court of Appeals agreed with Culver and the Board for Contractors.

When homeowners conclude that a state-licensed contractor or tradesperson committed a wrongful act depriving them of their home or damaging its value, it is easy to see why the aggrieved party would want a governmental agency to help them. Most people deal with governmental agencies much more than courthouses or law offices. Lawsuits require significant commitments to pursue or defend. Public resources go to supporting various agencies that have apparent subject-matter authority. This may appear to be a taxpayer-financed legal authority to go after the professional. However, this strategy often does little more than aggravate the licensed professional, the agency officials and the consumer. The Holmes v. Culver case illustrates one key weakness with homeowners pursuing consumer complaints through the professional licensure and disciplinary board process.

When consumers are harmed by unprofessional conduct, usually what they want is to have the defect corrected, an award of money or the transaction voided. These kinds of remedies are conventionally handled in the court system. The professional regulatory boards focus on licensure. They consider whether a business is properly licensed, should the license be suspended or revoked, should fines be assessed, and so on. Prominent members of the industry typically dominate these boards. For example, licensed contractors sit on the Board for Contractors. Initiating a professional licensure proceeding is a clumsy means of advancing the specific interests of the consumer having a transactional relationship with the business. It is the judiciary that can grant money damages or other remedies arising out of the formation and any breach of the contract. Regulators focus on whether disciplinary action is warranted regarding the registration or licensure of the business. In the Culver Design Build, Inc. case, the Board for Contractors and the Court of Appeals for Virginia agreed that Mark Holmes did not have standing to contest a regulatory decision in favor of the contractor. The board had authority to punish Culver for failing to abate a regulatory violation. However, the board had no authority to order the contractor to take any specific action at the job site. The board did not deny Homes any right or impose upon him any duty in its decision, because its authority revolves around Culver’s licensure. It is the State Building Code Technical Review Board that has the authority to review appeals of local building code enforcement decisions, not the Board of Contractors. One of the appeals judges suggested that if Holmes’ contentions were taken to a logical conclusion, the new buyer of the house could have greater leverage over a contractor than the previous owner, whose remedies may be limited by the contract. In his oral argument, Mark Holmes admitted that trying to resolve his complaints through the Board of Contractors complaint process was, “cumbersome and very long lasting.”

Even if the consumer unhappy with an adverse decision made by a regulatory agency in response to a complaint has standing, her appeal to the courts may encounter other obstacles. The licensure dispute is unlikely to starts afresh on appeal. The courts tend to be receptive to the agency’s interpretation of the legislature’s statutes. In Virginia, courts accord deference to an agency’s reasonable interpretation of its own regulations (as adopted by the board pursuant to the statutes). A consumer’s ability to raise new factual issues may be strictly limited in her attempts to get the courts to overturn the board’s decision. Judicial deference to agency rulemaking is not without controversy. Judge Neil Gorsuch, whom President Trump nominated for the U.S. Supreme Court is a high-profile critic of judicial deference to agencies. In his August 23, 2016 concurrence to a federal appeals decision Gutierrez-Brizuela v. Lynch, Judge Gorsuch explained that concentration of both legislative and judicial power in regulatory agencies creates constitutional problems. The constitution protects the public from authoritarianism by separating the government by the type of power, not the subject-matter. Under the constitution, the legislature prescribes new laws of general applicability. Taken to its logical conclusion, doctrine that courts should defer to agencies’ quasi-judicial determinations of what the statutes mean unconstitutionally undercuts the independence of the judiciary. The constitutional problems identified by Judge Gorsuch are illustrated in the arena of housing industry occupational regulation.

Where does this leave an owner when property rights are infringed by regulated professionals? Should everyone should go back to renting? Certainly not! This is what the independent judiciary is there for. Usually owners have privity of contract with the contractor and do not need to go to an agency. They can sue for remedies for breach of contract or deceptive practices. Consumer advocates with an interest in legislation should focus on increasing access to the court system and not promoting an administrative process that may not be a good fit for the homeowner. If you find yourself needing to bring or defend a construction claim, contact my office or a qualified attorney in your jurisdiction.