Dealing with Memorandum for Mechanics Lien 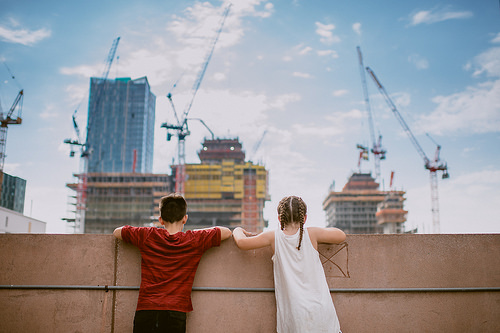 A disgruntled contractor or supplier may attempt to collect a payment from owners by filing a Memorandum for Mechanics Lien against the real estate. Under Virginia law, claimants (contractors or material suppliers) can interfere with owners’ ability to sell or refinance property by filing a lien in land records without first filing a lawsuit and obtaining a judgment.

A March 2016 opinion by federal Judge Leonie Brinkema shows why purchasers at Virginia foreclosure sales must give care to mechanics liens. In April 2013 and October 2015 Jan-Michael Weinberg filed a Memorandum of Mechanics Lien against a Fairfax County property, then owned by Ann & James High. J.P. Morgan Chase Bank later foreclosed on the High property. In early 2016, Mr. Weinberg brought a lawsuit to enforce the mechanics lien against J.P. Morgan Chase and the property.

If a claimant pursues a Memorandum for Mechanics Lien correctly, the property may be sold to satisfy the secured debt. A Memorandum for Mechanics Lien is a two-page form that anyone can download online for general contractors or subcontractors. The filing fee is a few dollars. By contrast, removal of the lien may require significant time and attention by the owner. Overall, it is best for owners to work with their advisory team to avoid having contractors file mechanics liens in the first place. Sometimes, disputes cannot be easily avoided and owners must deal with recorded liens. A Memorandum for Mechanics Lien differs from a mortgage or a money judgment. Fortunately for the owner, Virginia courts apply strict requirements on contractors pursuing mechanic’s liens. Just because a contractor fills out all the blanks in the form that doesn’t meant it necessarily is valid. This blog post is a brief overview of key owner considerations. The Weinberg case provides a good example because the court found so many problems with that lien.

On March 15, 2016, Judge Brinkema denied Mr. Weinberg’s motion to amend his lawsuit and dismissed the case. When a contractor or supplier files a Memorandum of Mechanics Lien against property, the owner must carefully consider whether to pay the contractor directly, deposit a bond into the court in order to release the lien and resolve the dispute with the contractor later, bring suit to invalidate the lien on legal grounds or simply wait 6 months to see if any suit is brought in a timely fashion to enforce the lien. Fortunately for owners, there are strict requirements on contractors for them to take advantage of mechanics lien procedures. A Virginia property owner should consult with qualified legal counsel immediately upon receipt of a Memorandum of Mechanics Lien to protect her legal rights.

Photo Credit: Views from a parking garage via photopin (license)

What is a Summons for Unlawful Detainer?