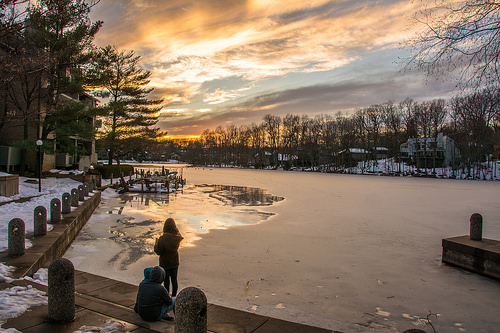 In many HOA disputes, only one (or a small handful of) owners desire to challenge board actions that negatively impact a larger class of owners in the community. If the court finds that the board action was invalid, then the court decision would materially impact everyone, not just the plaintiff owners and the HOA. Today’s post is about how plaintiffs lawsuits against HOAs potentially benefit other owners. Usually, a plaintiff must name everyone materially impacted by a potential outcome as parties to the lawsuit. Must a homeowner join all owners as plaintiffs or defendants in a lawsuit against a HOA seeking judicial review of a board decision? What flexibility does the law allow for one or more owners to bring a representative claim against the association to benefit themselves and other similarly situated owners? How should attorney fees be handled in cases with “free riders”? The answers to these questions show tools for owners to enjoy greater access to justice in community association disputes.

Mass claims by owners may be brought against community associations in several ways. A group of interested owners can split the cost for one law firm to sue on their behalf. Alternatively, owners may bring separate suits and have the claims consolidated in court. Filing a class action may be a feasible option in many states. Is there any other way that claims can be brought to benefit both the named plaintiffs and other similarly situated owners? Can this somehow make lawsuits against HOAs more affordable?

There are good examples of such representative actions in Virginia. Ellen & Stephen LeBlanc owned a house in Reston, a huge development in Fairfax County, Virginia. Reston is a locally prominent example of where the community association model largely replaces the town or city local government. Most Restonians live under a Master Association and a smaller HOA or condo association. Such owners must pay dues and follow the covenants for both the master and sub association.

The LeBlancs owned non-waterfront property near Reston’s Lake Thoreau. In 1994, the Master  Association decided that henceforth, only waterfront owners would be permitted to moor their watercraft directly behind their properties. This would substantially inconvenience the LeBlancs’ boating activities. The LeBlancs’ lawyer Brian Hirsch filed a lawsuit in the Circuit Court of Fairfax County challenging the validity of the master HOA’s decision on both constitutional and state law grounds. The association retained Stephen L. Altman to lead their legal defense.

Roger Novak, Judy Novak, Rex Brown and Dalia Brown all owned waterfront properties on this lake. These families did not want the LeBlancs or other non-waterfront Reston owners mooring their boats behind their houses. I can’t blame them for wanting a tranquil aquatic backyard all to themselves. The Novaks and Browns hired lawyer Raymond Diaz to bring a motion to intervene. The Browns and Novaks became parties to the suit. These intervenors asked the judge to force the LeBlancs to name all the owners in Reston as parties or dismiss the case for lack of necessary parties.

In general, a lawsuit must be dismissed if the plaintiffs fail to name all parties that are necessary for the case to be properly litigated. A suit on a contract or land record usually must include all parties named in the contract or instrument. The Novaks and Browns wanted to block people like the LeBlancs from enjoying mooring privileges on the lake. They wanted the LeBlancs to name all the parties subject to the covenants recorded in the registry of deeds for the Reston Association. If the LeBlancs had to litigate against the hundreds of owners, then the case could quickly become uneconomical, even if most were friendly. The Court denied the intervening parties’ motion, upholding an exception from well-established legal precedents in non-HOA Supreme Court of Virginia opinions:

Necessary parties include all persons, natural or artificial, however numerous, materially interested either legally or beneficially in the subject matter or event of the suit and who must be made parties to it and without whose presence in court no proper decree can be rendered in the cause. This rule is inflexible, yielding only when the allegations of the bill disclose a state of case so extraordinary and exceptional in character that it is practically impossible to make all parties in interest parties to the bill, and, further that others are made parties who have the same interest as have those not brought in and are equally certain to bring forward the entire merits of the controversy as would the absent persons.

The Circuit Court found this exception to apply:

In the case at bar, it is impracticable to join the estimated 400 to 500 homeowners surrounding Reston’s five lakes in this action. Likewise, the interests of these persons are the same as those of the parties to this action, and said parties are certain to bring forward all of the merits of the case as would the absent persons.

Hundreds of other owners are materially impacted by the case’s outcome. But this exception allows the case to proceed without adding them as necessary. Other individual owners are not barred from suing or become party to the LeBlancs’ case. The other owners weren’t necessary for the practical consideration of the sheer number of the affected class. The court found the LeBlancs sufficient to represent the case against the exclusive moorings rule, and the Novaks, Browns and the HOA competent to defend the board’s action favorable to the waterfront owners. The LeBlanc’s case was permitted to proceed without adding hundreds of affected owners. This “virtual representation” procedure is significant because the court’s ruling on the validity of the board’s resolution would affect all owners, not just the parties.

At trial, the Court upheld the Board’s decision to regulate boating activity on Lake Thoreau as a valid exercise of powers granted in the covenants. The LeBlanc’s case was dismissed. The Supreme Court of Virginia declined to reverse the decision. However, the principle that one or more owners can virtually represent the interests of a large class of homeowners in a contest over the validity of HOA rulemaking has not been overturned.

In 1996, the Circuit Court for the City of Alexandria applied the same principles in a homeowner challenge to a condominium election of directors. The Colecroft Station Condo Unit Owners Association Board asked the court to dismiss the judicial review of the election because not all owners were listed as plaintiffs. The judge rebuffed demands that all owners be added as parties, citing the same exception as used in LeBlancs’ case.

This exception that all materially affected parties need not be named as a plaintiff or defendant in the lawsuit is important to homeowners’ rights for several reasons. It gives an individual or small group of owners the ability to proceed with a lawsuit even when their neighbors might be friendly but uninterested in litigating. It gives owners another option when their rights are threatened and are not effectively redressed by board of directors’ elections or initiatives to amend the governing documents. Certain types of claims may be brought where class actions are not permitted or unfeasible. One brave owner could get a court to overturn an invalid board decision infringing upon the rights of many. This “virtual representation” doctrine advances the cause of homeowner access to justice in HOA and condo cases.

One challenge in these “virtual representation” cases is the notion of “free-riders.” The HOA’s attorney’s fees are paid for by the board’s accounts receivable: assessments, fees, loans and/or fines. Representative plaintiffs leading the challenge might find themselves “carrying water” for similarly situated owners who would stand to potentially benefit from the outcome of the case but aren’t paying lawyers. Is it fair for the challenging owners to pay for the legal work undertaken to achieve a benefit to both the plaintiff and the larger class? Are they entitled to an award of attorney’s fees reflecting the benefit conferred on behalf of other interested parties not named as plaintiffs? I will address this question in a future blog post focusing on the doctrine of “common fund” or “common benefit” in attorney fee awards and how this might apply in community association cases.

andrewfgriffith Flight Over the Town Center via photopin (license)