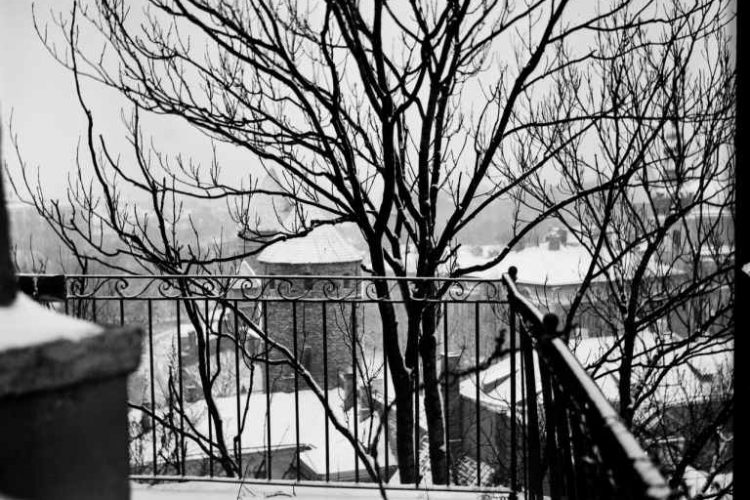 Contemporary land development policies would not work well without trees. Lot owners use trees for shade, ornamentation, and to screening. Subdivisions, especially cluster developments, often include common areas where trees or shrubs provide dense visual screening of the development. Vegetation can be more attractive and taller than fences. When a tree dies, it transforms from an asset to a liability, threatening damage to nearby structures or people. It is in a lot owner’s self-interest to remove dead trees from their own lots to avoid potential damage. In HOAs, it is common for large trees to rot on common areas. Boards sometimes lack focus or motivation to address such concerns. When common area trees die and cause damage, aggrieved parties want to hold someone responsible.  HOA covenants impose general duties on the board to maintain the common areas but may not contain language that would hold the HOA responsible for personal injury or property damage caused by dead trees. In an HOA, the directors typically do not personally perform landscaping work themselves. The board or a manager will hire advisors and tree men for such things. What happens if the HOA hires an arborist to inspect trees in a forest and the consultant overlooks a tree that later causes harm? That’s the subject of a case currently pending in the Circuit Court of Fairfax County. In Cawlo v. Rose Hill Reserve HOA, et al., homeowners sued the HOA, property manager and arborist when a tree fell and hurt them a year after the arborist conducted an inspection on an adjacent conservation easement. In August 2017, the HOA contracted with arborist Adam Wingo to inspect all trees on a conservation easement to assess which ones were dying or otherwise posed a threat to others, including the Cawlo property. Mr. Wingo identified certain trees that the HOA removed. Eleven months later, Mr. Cawlo and his daughters were playing in the backyard when a 40-foot-tall tree fell on them, causing injuries. The Cawlos alleged that Mr. Wingo owed a duty to them and caused or contributed to their injuries.

Mr. Wingo’s attorney filed a demurrer to the Cawlos amended lawsuit, and the court dismissed the claims against him personally. Judge John Tran explained his rulings in an opinion letter. Judge Tran observed that under Virginia case law, a property owner does not owe a duty to others who are harmed outside his property due to a “natural condition” such as a dead tree failing down. The Court found that although the HOA hired the arborist to assess trees that might be a threat to adjoining owners, Mr. Wingo did not have a legal duty to protect the Cawlos. In this case, the arborist did nothing to make the trees more unsafe, and this particular tree was not in imminent risk of collapse during his inspection. This tree did not fall until 11 months later. Trees are living, natural things that lack legal qualities of manmade structures. If the development plan contemplated a 10-foot-tall fence instead of trees, and the fence fell on the family, the owners might have a stronger lawsuit. It doesn’t matter if the tree sprouted because nature brought a seed to that location or was planted by human design. These legal particulars enhance the value of trees for landscape design. For lot owners, many HOA covenants don’t treat trees as a “structure” requiring HOA approval for installation or removal.

The HOA was in a “contractual” relationship with the Cawlos with regard to the conservation easement, as defined by the recorded instruments. However, Mr. Wingo was not a party to that document. The family alleged that they could hold Mr. Wingo personally liable on a theory that he assumed a duty of care towards them by the nature of what he agreed to inspect for the HOA. To make a claim for negligence based on a theory of assumption of duty, the plaintiffs must show an agreement, promise or express intent to undertake a duty specific to the plaintiffs. The Court found that he never said or did anything to expressly assume a duty to the Cawlos. For those reasons, the judge entered an order dismissing the lawsuit with respect to Mr. Wingo. The opinion implies that litigation continues against the HOA.

Tree law problems won’t decline as Northern Virginia transforms into an urban area. Many people desire secluded, natural locations within convenient distances to commercial areas. Some cities, counties and HOAs want landowners to replace trees they cut down. Trees and shrubs will continue to play a prominent role in giving people a sense of privacy while increasing density in Northern Virginia. People are drawn to seclusion for the relaxing psychological effects achieved by separation from noise, traffic and eyesores. However, a large dead tree next door forces the homeowner to live in a continual fear of harm compounded by the stress of interpersonal conflict. Under the law of Virginia and most states, it matters a great deal if it is a 40-foot dead tree or a 40-foot builders’ crane that fall on top of the family, even if the effect is similar.  Communities that fail to adequately address the problem of dead or invasive trees will continue to see problems with trees causing harm. Homeowners ought to carefully consider the threat posed by large, older trees on adjoining property.

Note that the image used for this blog post does not depict anything specifically referenced in the article or cited case authority.