The Day the Universe Changed 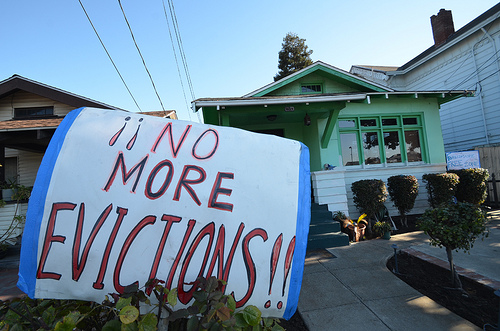 My parents are retired schoolteachers. Growing up, we watched our share of public television. I remember watching a British documentary by James Burke called, “The Day the Universe Changed.” This program focused on the history of science in western civilization. Scientific developments affect public perceptions of man’s place in the world. Each episode dramatically built up to a momentous change in scientific perception. For example, when scientists determined that the earth circles the sun (and not the opposite), it felt as though the “universe changed.” The title of the final episode was, “Worlds Without End: Changing Knowledge, Changing Reality.” Provocative stuff for 1985. I went on to study the history of science for four years in liberal arts college.

In the law there is a difference between the reality of how people think and act in real life, on the one hand, and the reality of courthouse activities on the other. For example, people frequently lie when under the stress of questioning. Courts developed a comprehensive set of evidence rules to determine what documents and testimony are acceptable. The rules of evidence are not a formalization of the way people ordinarily evaluate truth-claims. As another example, outside of Court, non-lawyers understand the difference between the right of ownership and the right to possess or occupy any property. The right of ownership is superior to, and often includes the right to possess. These rights are distinct but unseverably connected. Attorneys and nonlawyers understand the difference between being an owner, a tenant, or an invited guest. By contrast, since before the Civil War, Courts in Virginia enforced the conceptual separation between the right to claim ownership and the right to evict an occupant and gain exclusive possession. The courts did this by not allowing an occupant to raise a competing claim of ownership as a defense in an eviction suit. In many cases, attorneys would have to “lawsplain” why a borrower could not effectively assert the invalidity of the foreclosure in the eviction case brought by the new buyer. Practically speaking, the borrower had to defend the eviction case while also filing another, separate lawsuit of her own to raise her claims to rightful title to protect her property rights. The rules required a financially struggling borrower to litigate overlapping issues in two separate cases at the same time against overlapping parties. If you are reading about this and think that it makes no sense, you are right, it doesn’t. But this was the way that the Virginia eviction world worked for a very long time.

And then June 16, 2016 was the day the entrenched worldview of foreclosure contests and evictions in Virginia changed forever, or at least until the General Assembly holds its next session. The Supreme Court of Virginia published a new opinion overturning 150-200 years of precedent in this area. This opinion is important to anyone who lives or works in any real estate with a mortgage on it. Virginia appellate law blogger Steve Emmert observed that this decision represents a “nuclear explosion” and that  “. . . dirt lawyers are going to erupt when they read . . .” This case is a game-changer that unsettles much of real estate litigation in Virginia.

Since the foreclosure crisis exploded in 2008, I have litigated foreclosure cases in Virginia on behalf of borrowers, lenders and purchasers. Before June 16, 2016, few expected the rules of the road to change dramatically. The Supreme Court of Virginia has hundreds of years of precedent underlying the existing state of affairs. The banking industry maintains an effective lobbying presence with the General Assembly. Victims of foreclosure abuses play the game of survival; few become activists. Yet, common-sense would dictate that having two separate lawsuits (the eviction case and ownership dispute) proceeding through the court system at the same time wastes resources for everyone. This impacts borrowers the most because they are in the least favorable position to pursue multiple lawsuits at the same time.

Teresa and Brian Parrish took out a $206,100 deed of trust (mortgage) on a parcel of real estate in Hanover County, Virginia. This deed of trust’s provisions incorporated certain federal regulations into its terms. These regulations prohibited foreclosure if the borrower submitted a complete loss mitigation application (a.k.a., loan modification application packet) more than 37 days before the trustee’s sale.  Federal National Mortgage Association (“Fannie Mae”) had an interest in the home loan. The Parrishes timely submitted their application packet. Regardless, in May 2014, ALG Trustee, LLC sold the Parris property to Fannie Mae at the foreclosure sale.  Fannie Mae then filed an unlawful detainer (eviction) lawsuit against the Parrishes in the General District Court (“GDC”). The GDC is the level of the court system that most Virginians are familiar with. People go to the GDC for traffic tickets, collection cases $25,000.00 or less, evictions and “small claims” cases. In the GDC, the Parrishes did not formally seek to invalidate the foreclosure sale. Instead, they argued that they were entitled to continue to possess the property because ALG conducted the foreclosure sale while the loan modification application was pending.  The GDC judge took a look at the Trustee’s Deed that ALG made to Fannie Mae and ordered the sheriff to evict the Parrish family. The Parrishes appealed the case to the Circuit Court. The Circuit Court granted a motion affirming the lower decision in Fannie Mae’s favor. The Parrishes sought review of the case by the Supreme Court. The Supreme Court of Virginia’s June 16th opinion is a mini-treatise for the new landscape of foreclosure legal challenges.

Questions of Ownership and Occupancy Are Inextricably Intertwined:

The Justices directly addressed the question of the GDC’s jurisdiction. Unlike the Circuit Court, the GDC does not have the statutory legal authority to decide competing claims to title to real estate. That said, in each post-foreclosure unlawful detainer case the GDC must base its decision on whether the presentation of the Trustee’s Deed of Foreclosure is sufficient evidence of title to grant the eviction. Under longstanding legal precedent, the Parrishes’ contention about their loan modification application would not be heard in the unlawful detainer case because the borrowers can’t invalidate the foreclosure deed in the GDC. But on June 16, 2016 that all changed. The majority found that the validity of the foreclosure purchaser’s claimed right to possess the premises cannot be severed from the validity of that buyer’s claimed title because that title is the only thing from which any right to occupy flows. “The question of which of the two parties is entitled to possession is inextricably intertwined with the validity of the foreclosure purchaser’s title.”

From this insight, one must call to question the practical requirement for the borrower to bring his own separate lawsuit against the buyer, trustee and lender to reverse the foreclosure, confirm the right to possess and other relief. Why not have a procedure where all of the related claims can be combined?

What Are Lawyers to Do Now?

Okay, now the “universe has changed.” How do borrowers raise this issue in defense of post-foreclosure evictions? Is there anything that the foreclosure buyer can do about this? The Supreme Court recognizes many reasons why a borrower might have a legitimate claim that the foreclosure sale was legally defective, including but not limited to:

The Supreme Court’s new opinion states that the homeowner could allege facts to put the validity of the foreclosure deed in doubt. By the court’s new standard, if the borrower sufficiently alleged such a claim, the GDC becomes “divested” of jurisdiction. When the judge determines that he has no jurisdiction because there is a bona-fide title dispute, he must dismiss the entire case. From there, the new buyer would have to re-file the case in the Circuit Court where the parties would then litigate everything.

I expect that the General Assembly will enact new legislation in its next session that will clarify the jurisdiction of the GDC and the procedures for post-foreclosure unlawful detainers. At least until then, purchasers and lenders will not have the same ability to use the unlawful detainer suit as a weapon in their struggles with borrowers in foreclosure contests. Homeowners’ abilities to fight foreclosures will be streamlined.  Justice McClanahan wrote a dissent where she explained the meaning of this in remarking that the majority of justices,

practically eliminated the availability of the summary [i.e. expedited] proceeding of unlawful detainer to purchasers of property at foreclosure sales. The majority’s new procedure for obtaining possession operates to deprive record owners of possession until disputes over “title” are adjudicated after the record owner has sought the “appropriate” remedy in circuit court.

The Supreme Court of Virginia reversed the decision of the Circuit Court and dismissed the unlawful detainer proceeding brought against the Parrishes.

I welcome the Court’s recognition that the rights of title and possession are “inextricably intertwined”. In post-foreclosure disputes between the borrower, purchaser, lender and trustee, bona fide ownership claims should certainly be decided in court before the sheriff kicks anyone out of their house. Eviction procedures should not be used as a weapon to railroad homeowners out of their houses. It makes no sense for there to be more than one legal case about the same thing. Hopefully the General Assembly will adopt new legislation accepting these revelatory developments while clarifying and streamlining court jurisdiction and procedures so that the parties need not litigate any more than is necessary to properly decide who has the right to own and possess the foreclosure property. The universe has changed, and we are closer to a future where the court procedures do not unfairly burden one side over the other and it is easier for each case to be decided on its merits and not who runs out of money first.

UPDATE: I was interviewed by Shu Bartholomew on her radio show/podcast, “On the Commons” about this Parrish v. Fannie Mae case. The podcast is now available.